An opportunity for India to extend their red-ball domination 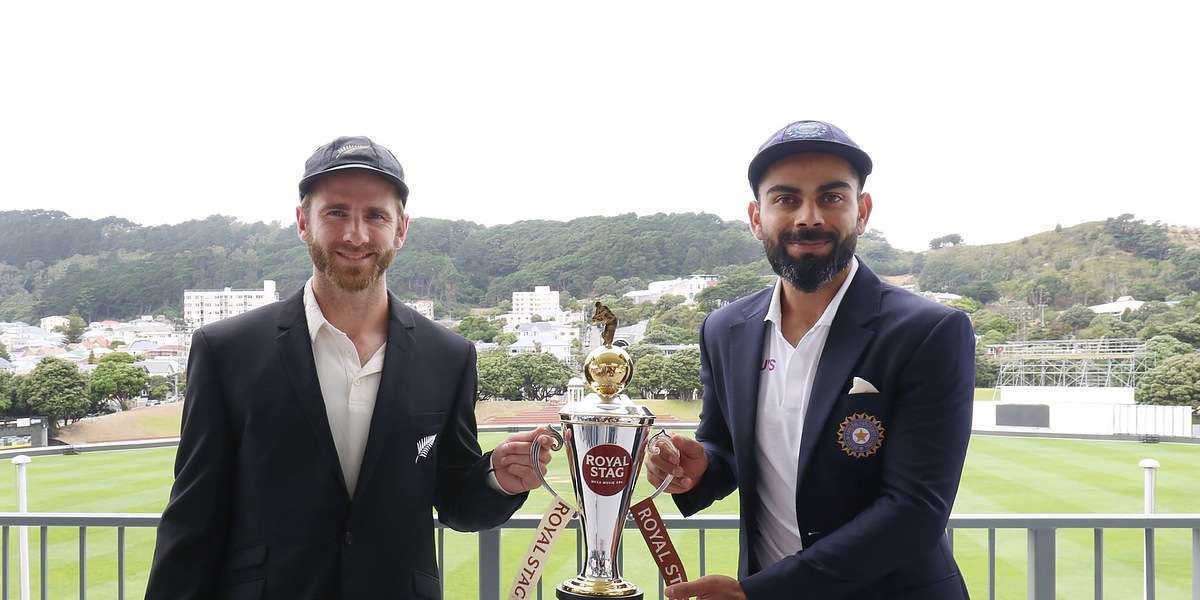 An opportunity for India to extend their red-ball domination

"I think the World Test Championship as an ICC tournament should be right up there. For me, all the other tournaments start under that”. Since being at the helm of the most scrutinized job in cricket, Virat Kohli’s focus on renewing India as a Test side and stating the importance of Test cricket has been unequivocal.

Sitting pretty at the top of the WTC table after winning all seven Tests, the Indian skipper once again reiterated his priorities. Given India now begins a phase of challenging away Tests – in New Zealand now and in Australia towards the end of the year – the emphasis is even more important.

The hosts, however, find themselves in a precarious position in the WTC table. Playing all their five Tests away from home, they have managed to win only one – against Sri Lanka in August last year. Their home leg of the championship commences with a 2-Test series against India now and against Pakistan and the West Indies later in the 2020-21 season. Under pressure after the 0-3 whitewash against Australia, the Tests against India are important if the Kiwis do not want to create an unassailable difference between them and the top-2 teams in the table.

All the famous captains of the past have spoken at length on the advantage of winning the toss and batting first. There are a few examples of the captain regrettably choosing otherwise. Famous among them in recent memory being Ricky Ponting at Edgbaston in 2005 and Tim Paine at the Oval in 2019.

The genesis of this theory lies with the advantage that the batsmen have as they use the hard deck to their advantage upfront. The team batting second is then left chasing the game under scoreboard pressure and a deteriorating wicket.

In New Zealand however, the story diverges from ‘win the toss and bat first’ narrative. Since 2017, the teams have averaged 29.8 on Day 1, while scoring becomes easy on subsequent days.

The reason for this absurdity is the grass left on the largely flat wickets to encourage a balance between bat and ball. This assists the pacers early on, as indicated by the numbers, but as it dries up, the pitches are easier to bat on the following days.

The venue for the first Test, Basin Reserve in Wellington, not only follows this trend but also observes a considerable difference between the ease of batting on the first and second day. The batting average at Basin Reserve on the second day is 64.3 - the highest at a venue with more than one innings on any day of a Test in NZ. With a batting average of 25.2 on Day 1 and 27.6 on Day 5, Basin Reserve is also the only venue (with more than one innings) with first day's average even lesser than the last day.

Going by the numbers, both captains will look to bowl first to provide an advantage to their pacers.

The Wellington Test will a historical occasion for Ross Taylor as he is set to become the first cricketer to complete 100 international matches across formats. Putting thoughts of retirement aside, the veteran even expressed his desire to contemplate playing the 2023 World Cup.

After missing most of the Australia tour and the white-ball leg against India due to a fracture to his right-hand, Kiwi pace spearhead Trent Boult is all set to join the team. Raring to go after a frustrating break, the speedster has set his eyes on the price. "That's personally why I play the game, to get guys like Kohli out and test myself against them, so I can't wait to get stuck in”, Boult said ahead of the game.

The Kiwi skipper Kane Williamson would have hoped to play all his frontline bowlers after a dismal tour of Australia. However, the uncertainty over their workhorse Neil Wagner, owing to the birth of his first child, will have him scratching his head again.

For India, Ishant Sharma has recovered from an ankle injury and will be a part of the XI. "I think if we just look at Bumrah, we are in trouble. I think their whole bowling lineup is fantastic. Obviously, [Ishant] Sharma coming back will bring new dynamics to the team", Taylor showered his praise on India’s bowling line-up. The Indian skipper too mentioned that Ishant’s experience in New Zealand will be handy for the team

Talking ahead of the Test, Kohli hinted at selecting Prithvi Shaw to open with Mayank Agarwal while suggesting that Hanuma Vihari will bat at six. "Prithvi is a talented player and he has his own game and we want him to follow his instincts and play the way he does. Look, these guys (Mayank and Shaw) have no baggage and are not desperate to perform in any manner", the skipper said ahead of the match.

For Vihari, his century in the warm-up match and against West Indies last year paves the way to bat at six for India in overseas Tests. Not to mention, his handy off-spin adds to his repertoire and provides India with a fifth bowling option.

The two questions that are left unanswered for the visitors are the choice of their keeper and the spinner. While Rishabh Pant batted and kept ahead of Wriddhiman Saha in the tour game, Saha had a longer net session ahead of the game. A century apiece in England and Australia would have let Pant fancy his chances but Saha’s exceptional glovework always keeps the debate open.

For the second piece of the puzzle, both Ravindra Jadeja and Ravichandran Ashwin have had moderate returns (from their standard) in overseas Tests. The dimensions that Jadeja brings to the table gives him a slight edge going into the first Test.

After the 0-3 whitewash in Australia, the Kiwi skipper, the ultimate team man, Williamson offered to step down as the captain. However, the unsolicited opinion from Kohli on who is the best man to lead New Zealand, if not determines the future of Williamson certainly indicates that the series, despite being important for both teams, will be played in the right spirit.