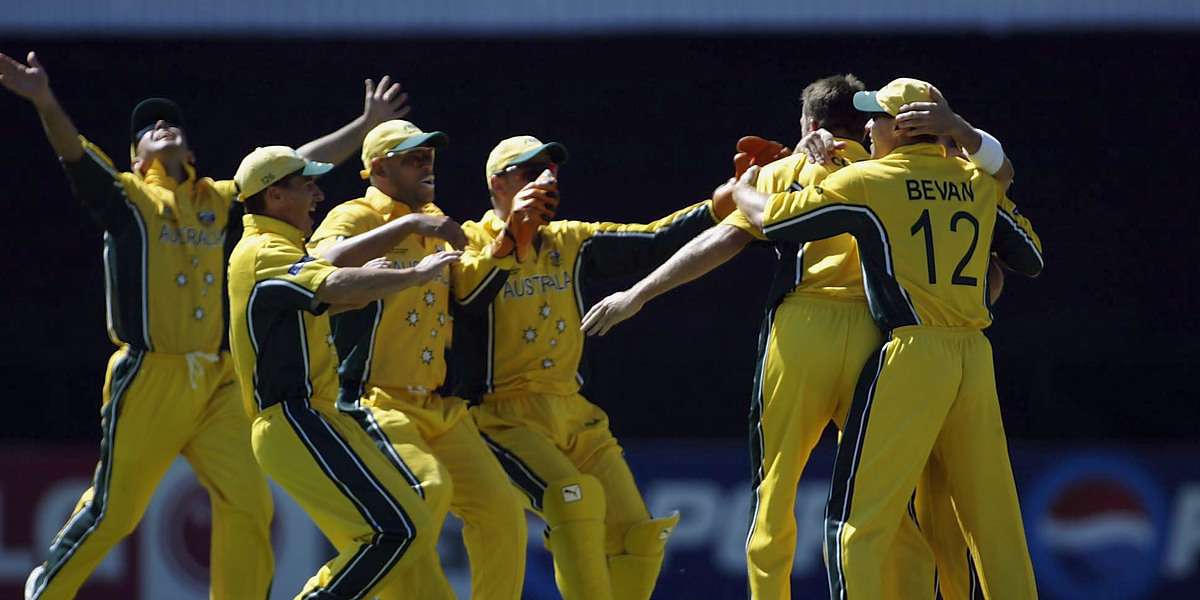 India suffered a heart-breaking loss at the hands of Australia in the 2003 World Cup final. It was an excellent campaign for the Men in Blue, who won nine out of their 11 matches in the mega event (losing both times to Australia). But it was a campaign to remember.

Australia were the defending champions going into the World Cup. They had also reached the final in the previous two editions, making them the first team to reach the final of a World Cup thrice in a row. India on the other hand too were in decent form, having shared the Champions Trophy 2002 with Sri Lanka and more importantly, had found two new match-winners in Yuvraj Singh and Mohammad Kaif, who pulled off a heist against England in the Natwest Series final in 2002 to leave the hosts shell-shocked. With a good mix of youth and experience, India embarked the 2003 World Cup with self-belief and confidence that they can go all the way.

However, they ran into a dead end called Australia on two occasions who knocked the stuffing out of them on both occasions – including the World Cup final.

The only major blow Australia suffered in the entire tournament was when they learnt that their premier spinner Shane Warne had tested positive for a banned drug and therefore was withdrawn from the squad. Offspinner Nathan Hauritz was named replacement, but he did not play a game. He had played just five ODIs before getting a call-up into the World Cup squad.

‘In a big final, win the toss, put runs on the board’ – is something that helps ease the pressure on your team as you do not have the pressure of chasing in the big final. However, keeping in mind the way the Indian batsmen folded against the likes of Glenn McGrath, Jason Gillespie and Brett Lee in the group stage, Sourav Ganguly felt it would be ideal to chase on a flat New Wanderers wicket – similar to what Mohammad Azharuddin had done in the 1996 semi-final against Sri Lanka.

However, they should have ideally drawn inspiration from Imran Khan, who opted to bat first in the 1992 final against England despite being bundled out for a mere 74 against them earlier in the tournament.

The tone of the match was set in the first over itself when Zaheer Khan conceded 15 runs from it, which included a couple of no-balls and five wides. From there on, Adam Gilchrist butchered the Indian bowling, reaching his fifty off just 40 deliveries. Before Harbhajan Singh got his wicket, Australia had already reached 105 for 1 in 14 overs and the wicket of Matthew Hayden – caught behind off Harbhajan – saw Australia reduced to 125 for 2 from 20 overs.

The wicket was still flat and perhaps India’s only hope at that point would have been to force Australia into making mistakes, despite the fact that they had two relatively new batsmen at the crease.

Things were quiet for a while and Ganguly in the meantime had used all his part-time options like Yuvraj, Virender Sehwag, Sachin Tendulkar and Dinesh Mongia, but to no avail.

Australia reached 184 for 2 from their 30 overs and a score in excess of 320 looked to be on. Damien Martyn and Ricky Ponting were content in just knocking the ball around and getting the odd boundary even at that stage. They hit just five boundaries between overs 31 to 40 (three fours, two sixes). But had reached 250 with 10 overs left and eight wickets remaining.

The idea from there was to get at least one every ball and when the opportunity presents itself, play the big shot. That strategy helped Australia go to 359 for 2 from their 50 overs, which included 64 runs from their final five overs.

Ponting finished with an unbeaten 140 off 121 – then the highest score in a World Cup final, while Martyn made 88 not out off 84. Their partnership was an unbeaten 234 off 180 deliveries. 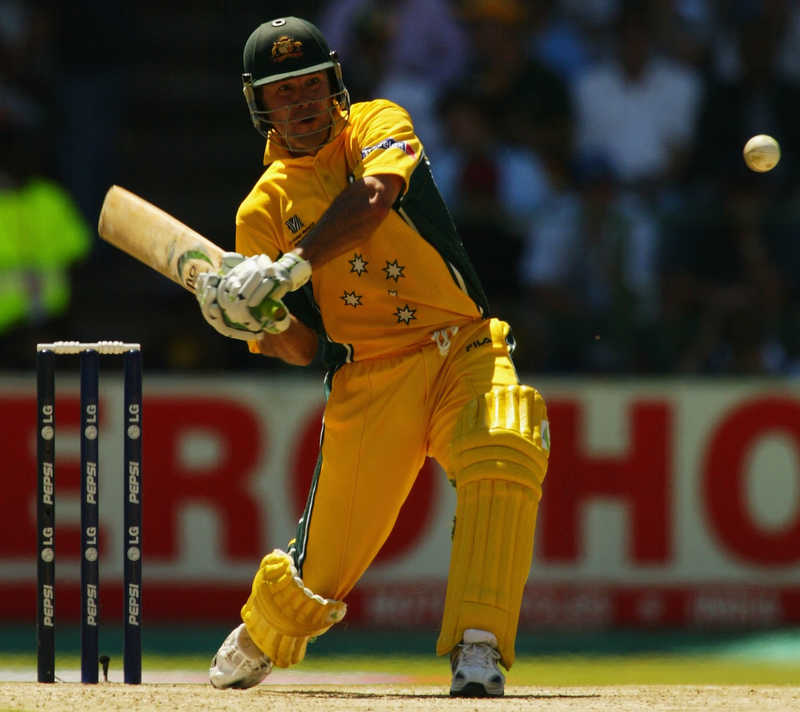 A chase to forget

India in 2006-07 would go on to achieve the record of most successful consecutive chases in ODIs but they would have hoped that it began a few years earlier.

It was Sachin Tendulkar who uncharacteristically faced the first ball of the match. After pulling McGrath to the fence off the fourth ball, a similar shot saw him top-edge the ball and the Aussie fast bowler took a simple catch off his own bowling.

Sehwag first steadied the innings with a 54-run stand with Ganguly, followed by an 88-run partnership for the fourth wicket with Rahul Dravid. Sehwag, the key to the run-chase, perished for a 81-ball 82 and with that, he took away India’s hopes of making a contest of this too. Dravid (47), Yuvraj (24) and Mongia (12) could not keep up with the required run-rate.

Australia kept chipping away and despite a 25-minute rain interruption, Australia went on to complete the formalities and defeated India by 125 runs. Australia won the World Cup for a record third time. This was also Australia’s 17th continuous ODI win.

Incidentally, the man who hit the winning runs four years ago at Lord’s against Pakistan – Darren Lehmann – was the player to take the final catch of the match.

• Australia went on to win four more continuous ODIs before losing to West Indies at Port of Spain, bringing an end to their 21 match-winning streak – still a record.

• Srinath did not play for India again. He finished with 315 wickets from 229 matches. Only Anil Kumble has more wickets for India in ODIs.

• Australia’s record of winning 25 continuous World Cup matches since 1999 came to an end when they lost to India in the quarter-final of the 2011 World Cup in Ahmedabad.