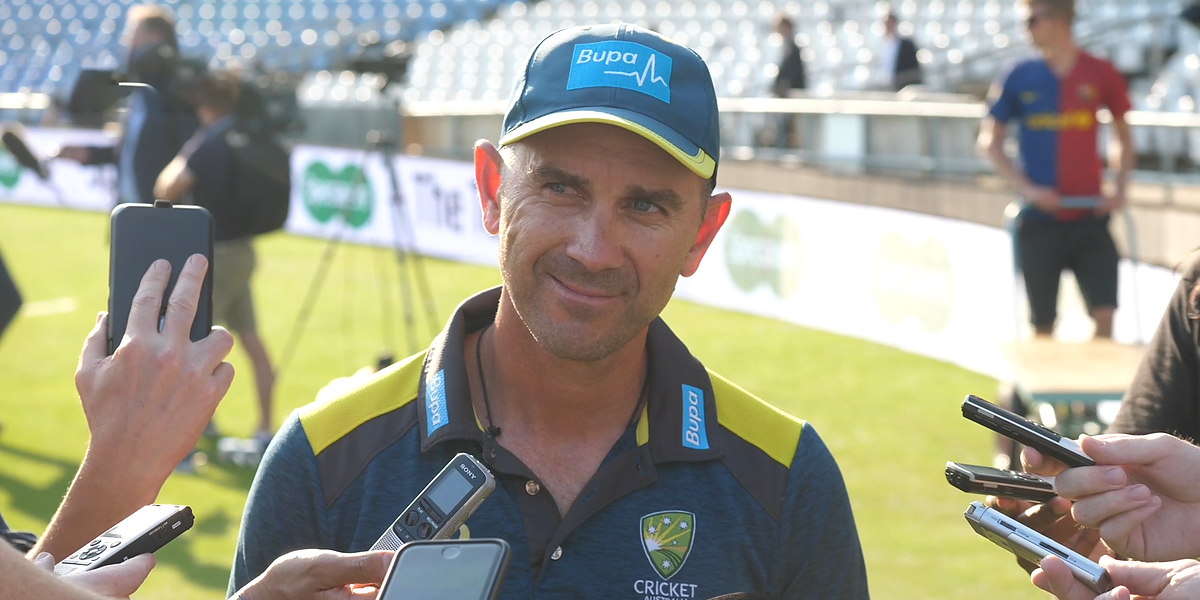 Langer said last year's tour of England was "a great dress rehearsal" for the likely reception Smith and Warner will face, especially from an expected capacity crowd at the Wanderers

Australian coach Justin Langer and limited-overs captain Aaron Finch said on Monday (17th February) they were looking forward to playing in front of South African crowds on their first tour since the sandpaper scandal of 2018.

Former captain Steve Smith and batsman David Warner, who were both banned for a year for their role in ball-tampering during the third Test in Cape Town, are both in the team that will play three Twenty20 internationals and three one-day internationals against South Africa, starting with the first T20 game at the Wanderers Stadium on Friday.

"We've got so many good memories for so long. It was obviously a very hard tour last time but the way our guys have moved on, it gave us a great opportunity to reassess where we're at in Australian cricket."

Langer said last year's tour of England was "a great dress rehearsal" for the likely reception Smith and Warner will face, especially from an expected capacity crowd at the Wanderers.

"It was a tough (England) tour for those two guys," said Langer.

"I was really proud of the way they let their bat do the talking and were great ambassadors off the field, so hopefully they'll be looking forward to getting back into it and playing good cricket here."

Finch said his team knew what to expect when they stepped on to South African grounds.

"South African crowds are very passionate and very vocal. We're expecting that. David loves that banter coming from the crowd. It gets him into the game. I don't think it's going to make much difference to our group. We're going to play cricket with a smile on our face," he said.

Langer said there had been plenty of talk about the culture of the Australian team following the 2018 tour.

"We've talked about making Australians proud of us again, earning that respect, not only from the Australian public and our past players but also across the world," he said.

"Changing cultures is purely about behaviour," he said.

"We're playing really good cricket, the numbers will tell you that, we're also playing it in great spirit.

"I'm very hopeful we can continue to do that because that's how we all want to see cricket played. We've done it for 18 months now, there's absolutely no reason why that can't continue."

Finch said the Australians were confident they could do well on their tour but said he had been impressed by the way South Africa played in a high-scoring T20 series against England.

"I followed that really closely. It was a great series to watch. Obviously the bat dominated more than the ball. For South Africa to having a changing side and play so well was impressive. All the guys in their side had an impact on the game at various times."