The 13th edition of the ICC Under-19 World Cup is set to commence from January 17, 2020, in South Africa. The tournament serves as a perfect platform for several budding cricketers from all around the world to showcase their talent at a recognised level. First played in 1988, as the Youth World Cup, it was not staged again until 1998. However, from there on, the competition has been organised every consecutive year. With four titles to their name, the defending champions India are the most successful team in the history of the tournament, while Australia have emerged victorious on three occasions.

The tournament has produced way too many successful players who have gone on to play international cricket and become legends of the game, while there are also players who are currently playing at the higher level and are key members of their respective sides. Then come those players who get the fortune of leading their nations at both the Under-19 level and internationally.

In the second of the two part series, we look at five renowned players who led their country in the U-19 World Cup and are currently captaining their nations at the international level: 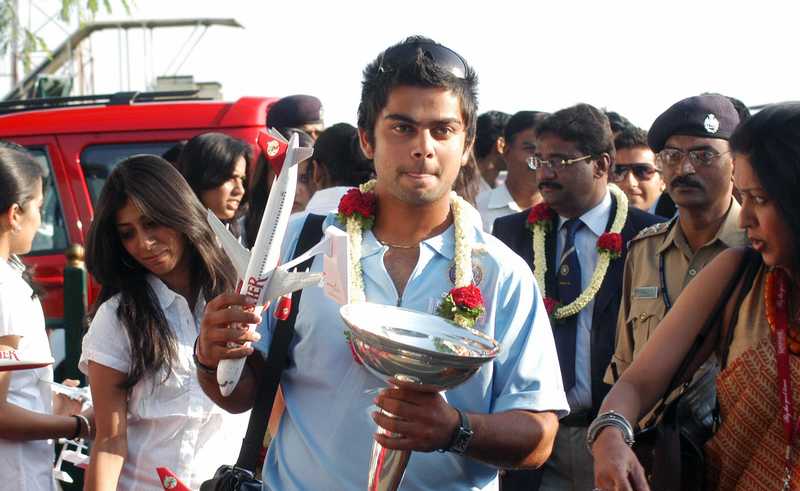 "Under-19 World Cup helped us get a good platform to build on and make our careers from thereon, so it holds a very important place in my mind and heart. It is very important to understand and respect the opportunity it provides you" - Virat Kohli.

Inarguably the greatest product to emerge from the Under-19 level for India, Kohli needs no introduction! He made a name for himself when he led India to a title in the 2008 U-19 World Cup. The right-hander from Delhi likes to lead by example and everyone got a glimpse of it in that tournament. India were unbeaten in the competition and defeated South Africa in the final. He was immediately propelled into the IPL in 2008 and was appointed as captain of Royal Challengers Bangalore (RCB) in 2012. He made his international debut in 2008 and has already cemented his status as one of India's greatest batsmen.

It's been over a decade since he made his debut and Kohli has already broken numerous records. He is closing in on 12,000 ODI runs and is destined to break Sachin Tendulkar's record for most runs in the format. The batting maestro is the epitome of consistency and he still has at least five years of cricket left in him and by the time he retires, Kohli would have broken a handful of records. India have done extremely well under his leadership, especially in Test cricket in the last few years. However, he is yet to win a major ICC tournament as skipper and that will be his biggest goal in the upcoming few years.

"I remember playing against Kane (Williamson). He was someone who always stood out in the team, his batting ability was very different from the other players who were around. It is good to know that so many people from that batch (2008), like Kane and Steve Smith, have played for their respective countries" - Virat Kohli on Kane Williamson. 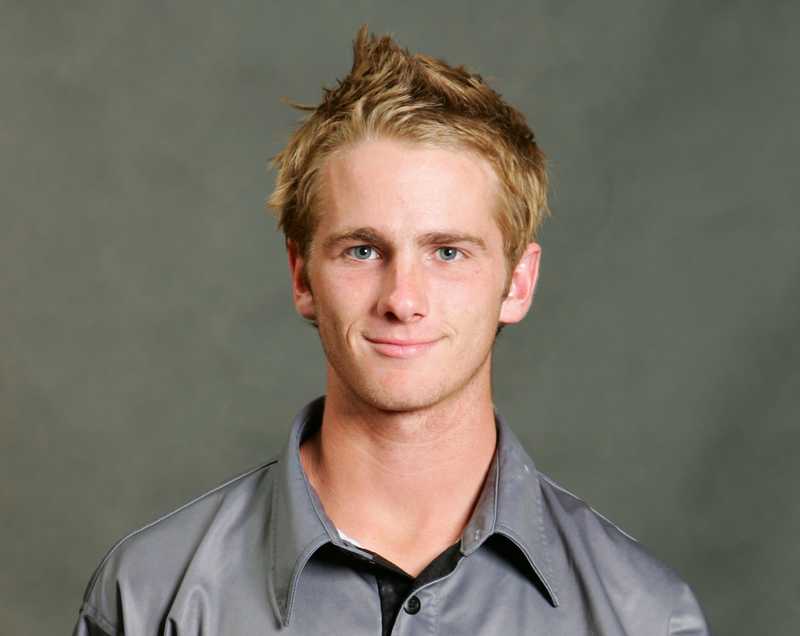 A member of the 'Fab Four' club, Williamson is one of the modern greats of the game. The right-handed batsman from Tauranga led the Black Caps to the semifinal of the 2008 U-19 World Cup where they lost to Kohli's men in a close encounter. He comes from a sporting family and is one of the most likeable characters of the current era. Williamson has a rock-solid technique and is very good against both pace and spin. He made his Test debut in 2010 against India and scored a brilliant century on Ahmedabad's spinning track. He wasn't able to create the same impact in the next few years but it all changed in 2014 and 2015.

He scored over 1000 runs in both ODIs and Tests in 2015 and played a key role in helping New Zealand qualify for the World Cup final for the first time. He then took over the captaincy from Brendon McCullum and has led New Zealand with the same dignity. He even had nothing bad to say after New Zealand lost the 2019 World Cup to England on the basis of the controversial boundary-count rule. Williamson is an orthodox batsman but has found a way to score at a decent pace in the T20 era. By the time he's done, Williamson will go down as New Zealand's greatest batsman ever. 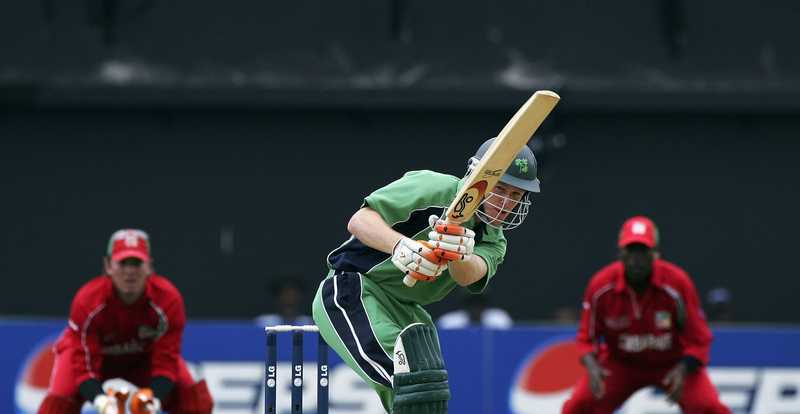 No other player has scored more runs than Eoin Morgan (606) in the Under-19 World Cup. From leading Ireland in the 2006 edition to becoming England's only World Cup-winning captain, Morgan changed the dynamics of English cricket. He made his Ireland debut at the age of 16 and was soon signed up by Middlesex. He got a call-up from England in 2009 and had to quit playing for Ireland. While he continued to stamp his authority in white-ball cricket, Morgan could never get the hang of Test cricket. He was appointed as England's captain just a few months ahead of the 2015 World Cup where his team failed to make it past the group stage.

That was probably the best thing that happened to England as Morgan completely revamped the white-ball team. England played an aggressive brand of cricket under his leadership and broke several records. It was Morgan who ended their World Cup jinx in 2019 and became the first English captain to win a major 50-over tournament.

So far, has captained Australia in 19 Tests and five ODIs 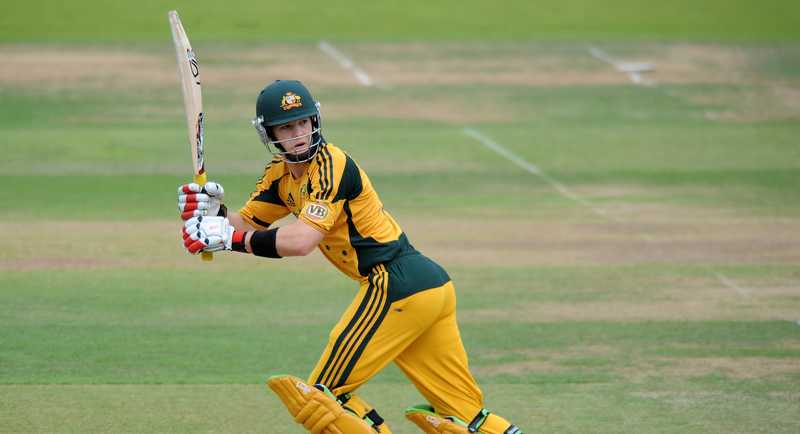 Tim Paine almost quit cricket in 2017 but by March 2018, he was leading Australia in Test cricket. The Tasmanian wicket-keeper batsman was appointed as Australia's captain after the ball-tampering saga and Paine had to be the flag bearer when Australia were going through a rough phase. He had also led Australia in the 2004 U-19 World Cup so captaining was not something that was new to Paine. In the absence of Steve Smith and David Warner, Paine started building Australian cricket brick by brick and once the duo returned from their ban, Australia have been a force to reckon with. They managed to retain the Ashes in England and then smashed Pakistan and New Zealand at home.

While the likes of Smith, Warner, Marnus Labuschagne and Pat Cummins have hogged most of the limelight, Paine's contribution both on and off the field has been immense. Paine was supposed to replace Brad Haddin but his progress was halted by multiple finger injuries. He wasn't even the first-choice gloveman for Tasmania, but fate had different plans for Paine. He was picked up for the 2017-18 Ashes out of the blue and Paine did a decent job both in front and behind the stumps. Then South Africa happened and the rest is history.

So far, has captained Pakistan in 3 T20Is and is touted to be the next ODI captain 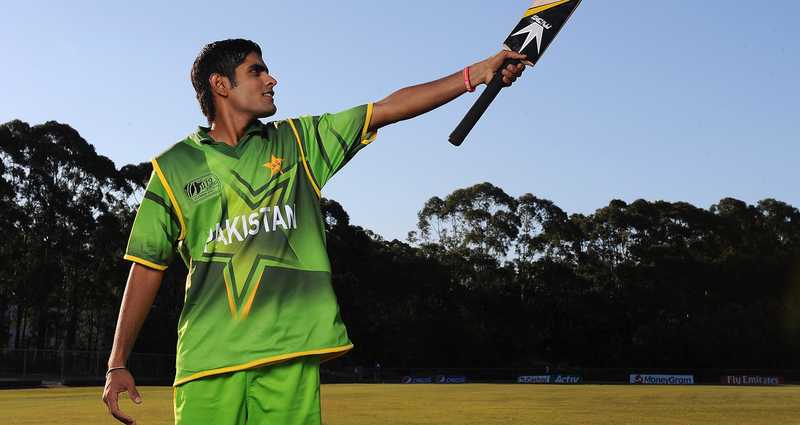 Pakistan drafted Babar Azam for the 2010 U-19 World Cup at the age of just 15 and then he led the nation in the next edition of the tournament, also finishing as their highest run-scorer. He kept on performing at the U-19 and domestic level and made his international debut in May 2015. He scored a fifty on his ODI debut against Zimbabwe in Lahore and it didn't take him much time to prove his worth in white-ball cricket. He also had a good Test debut against West Indies and kept scoring those fifties, but for some reason wasn't able to convert it into big scores.

While he was struggling to get to that triple-figure mark in Test cricket, Azam kept on scoring hundreds in ODIs, including a hat-trick of tons against West Indies. Azam worked a lot on his batting and has been in phenomenal touch in Test cricket since 2018, averaging 61.60. Three of his four Test centuries have come in his last six innings. He is currently the No. 1 T20I batsman and is also among the top 10 batsmen in ODIs and Tests. With 474 runs to his name, Azam was also Pakistan's highest run-getter in the 2019 World Cup. He was recently appointed as T20I captain and in all likelihood will also take over the ODI captaincy as well.

* Honourable mentions - The likes of William Porterfield, Angelo Mathews, Mushfiqur Rahim, Sarfaraz Ahmed, Kyle Coetzer and Andy Balbirnie are few of the other players who captained their respective teams in the Under-19 World Cup and have also led their senior sides. 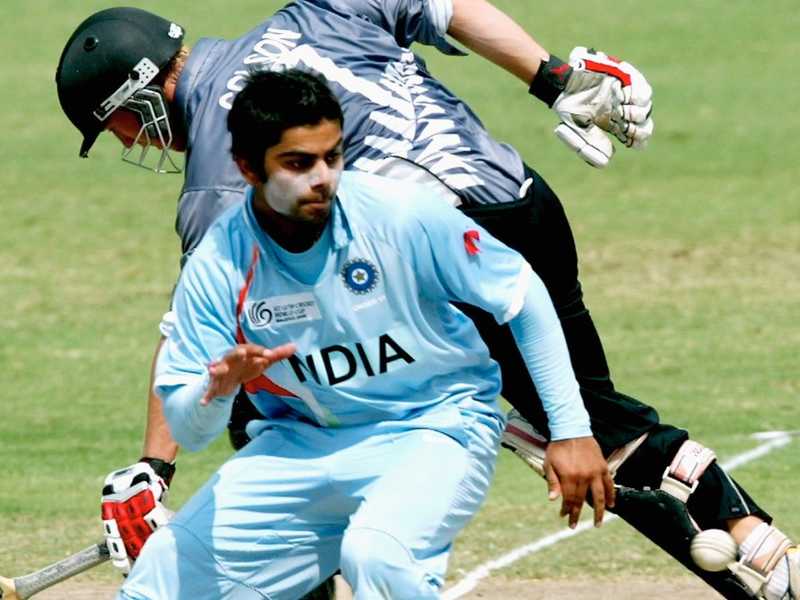