Can new-look South Africa bounce back against world champions England? 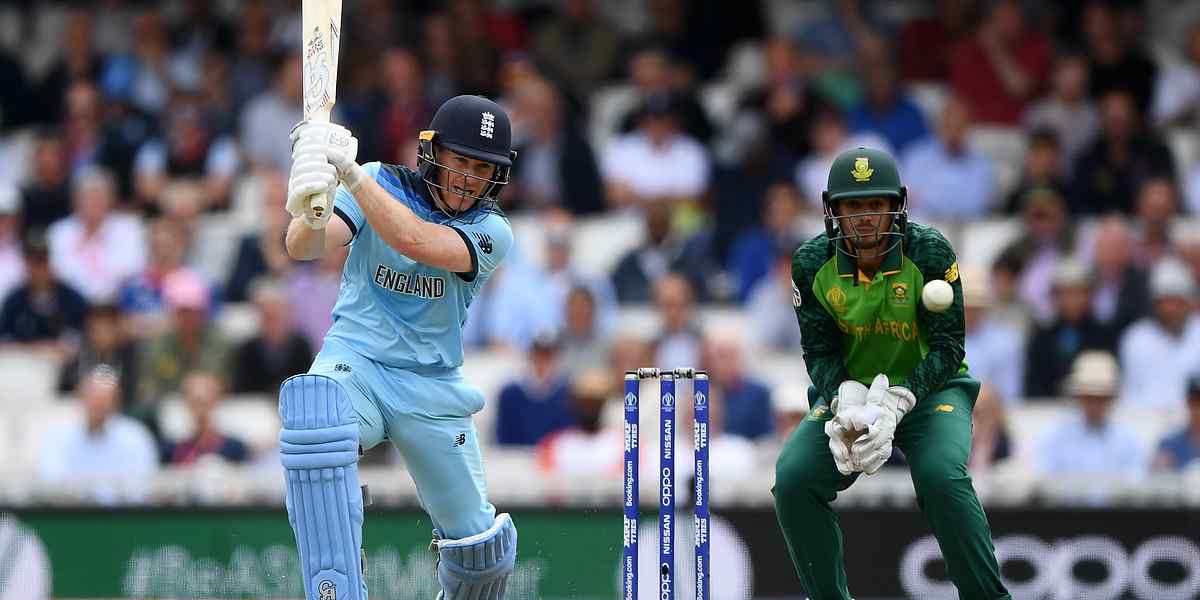 Can new-look South Africa bounce back against world champions England?

England wicketkeeper Jos Buttler dislodging the bails to catch New Zealand’s Martin Guptill short of his ground at Lord’s in July 2019 will forever remain in the memories of everyone who watched it. It was a momentous occasion for England. It was a long 44-year wait, but the England men's team – who had previously lost three World Cup finals – finally had their hands on One-Day International (ODI) cricket’s most prestigious trophy.

England’s turnaround in the 50-over format didn’t happen overnight. After their disastrous World Cup campaign in 2015, there was time and trust invested in playing an exciting brand of cricket. And it’s fair to say that this change in strategy worked like a treat. In four years, Eoin Morgan’s side went from getting knocked out in the group stages of a World Cup to becoming the world champions.

On the other hand, South Africa are a team who are in the same boat as England were in before 2019. Since making their first World Cup appearance in 1992, they’ve failed to win the tournament even once. While they’ve often been one of the top teams in ODI cricket’s premier tournament, they failed to make the semi-finals in last year’s edition. After coming within two deliveries of a World Cup final in 2015 to finishing seventh in the league stage in 2019, their dip in performance in the two editions four years apart was quite antonymous to how England raised their performance during the same period.

With either team having not played any ODI since the 2019 World Cup – which isn’t a surprise as everyone’s attention has diverted towards the 2020 T20 World Cup – this series is crucial in terms of both sides finding out where they stand in the format.

Since the 2015 World Cup, England have won 65 ODIs and lost just 26, resulting in a win/loss ratio of 2.5. Contrast that to their performances in the format after the 2011 World Cup up until the 2015 edition, a period in which they lost as many matches as they won.

On the other hand, since the 2015 World Cup, South Africa have 50 wins and 31 losses in 50-over international matches. It certainly isn’t a poor record by any stretch of imagination, but in ODI cricket, you are often judged based on your performances in ICC tournaments and not only did the Proteas fail to impress at the 2019 World Cup, but they also didn’t manage to get past the group stage during the ICC Champions Trophy in 2017.

Heading into the first ODI of the three-match series, South Africa have a new-look team with Quinton de Kock appointed as the captain for the 50-over format. The hosts have as many as four uncapped players – Lutho Sipamla, Kyle Verreynne, Janneman Malan, Bjorn Fortuin – in their squad as they look to start afresh. Sisanda Magala was also included in the initial squad but did not meet the team’s fitness requirements.

Malan, who is the younger brother of Test batsman Pieter Malan, and Verreynne have exceptional records in domestic cricket (both have batting averages of above 50 in First-Class matches, and 45.32 and 39.26 respectively in List A cricket) and the Proteas will be hopeful that they can make the step up to international cricket successfully. On the bowling front, there’s 21-year-old pacer Sipamla who has already featured in five T20Is. While he had mixed results in those five matches, he is tipped for big things in the future.

Imran Tahir’s retirement from international cricket has left a huge void in the spin bowling department for the Proteas. Since his debut in 2011, the leg-spinner took 173 wickets in 104 ODI innings at an average of 24.83, numbers which aren’t going to be easy to replicate. While left-arm wrist-spinner Tabraiz Shamsi is part of the squad, left-arm orthodox-spinner Fortuin has also been included. Fortuin did reasonably well during the T20I series in India last year, taking three wickets in three matches at an economy of just over 7. During the 2019 Mzansi Super League, while he picked just eight wickets from 10 games, it was his economy rate of 6.43 that really caught the eye. He has often bowled a lot of his overs during the Powerplay in T20 cricket and it’ll be interesting to see if he gets the ball in the first 10 overs in ODIs. If the hosts do use this tactic, it won’t come as a huge surprise as they opened the bowling with Tahir thrice during the 2019 World Cup.

21-year-old Banton, who was bought by Kolkata Knight Riders in the Indian Premier League auction for INR 1 crore, averages just above 30 in List A cricket but his T20 performances have been so special that it’s not hard to see why he’s considered a top prospect in white-ball cricket for England. During the Vitality Blast T20 in 2019, he notched up 549 runs at an average of 42.23 and a strike rate of 161.47.

Fast bowler Mahmood was the top wicket-taker in the 2019 Royal London One-Day Cup (28 wickets in 10 innings at 18.50) and, therefore, it’s no surprise to see him make the ODI squad here. The 22-year-old has taken a wicket every 26 deliveries in his young List A career which is really impressive. Leg-spinner Parkinson, on the other hand, has shone in all forms of cricket at the domestic level so far and seems to have a bright future in front of him.

From afar, this series might not look like an important one with all attention currently on the T20 World Cup and no major ODI tournament scheduled in the near future. But both sides have some exciting young talent in their ranks and this series could set the tone for them for the next three years. While England – the world champions – have most pieces of their puzzle in the right places, South Africa – after a disappointing World Cup – will look to start solving their puzzle afresh under a newly-appointed captain.