Classy Virat Kohli will be back 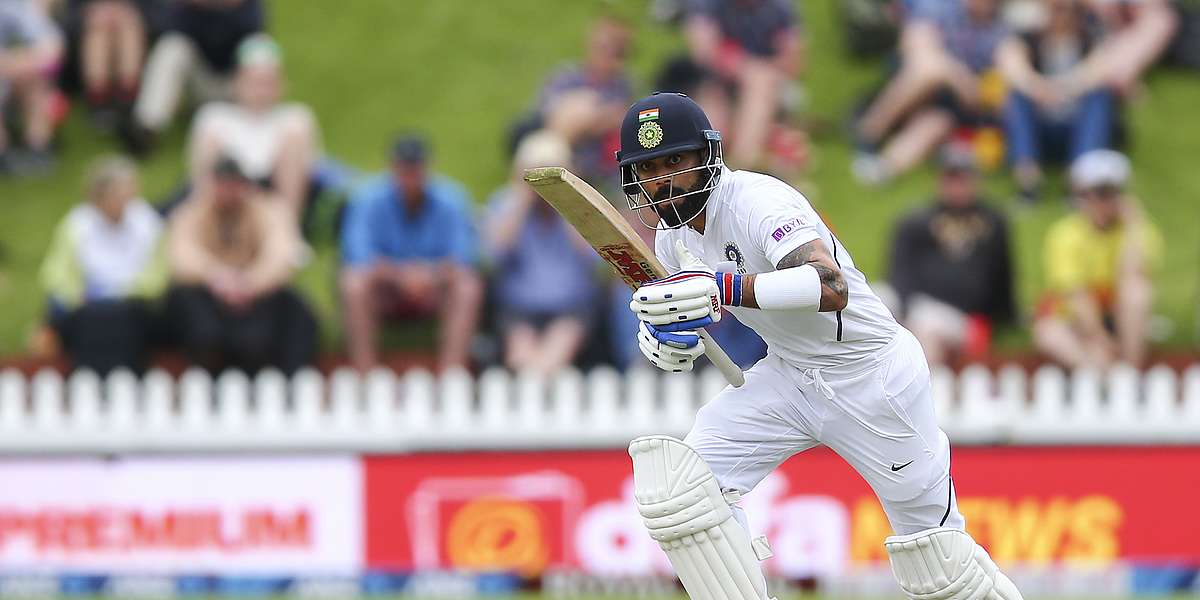 Classy Virat Kohli will be back

The India captain endured a poor run of form during the tour of New Zealand, but you can expect a batsman of his class to be back to his best soon

Michael Jordan, widely regarded as the best basketball player of all time, recited these lines in a sneaker commercial: “I’ve missed more than 9000 shots in my career. I’ve lost almost 300 games. Twenty-six times I’ve been trusted to take the game-winning shot and missed. I’ve failed over and over and over again in my life. And that’s why I succeed.”

Brian Lara once remarked that the vast majority of sportsmen fail more often than they succeed. Cristiano Ronaldo, for example, probably the best forward in all of football, has scored a boatload of goals; yet he’s missed boatloads more. In baseball, a batting average of .300 is considered outstanding. That means, however, that the batter only accomplished three hits for every ten times he ventures to the plate.

Such are the vicissitudes of sport. Players are often forced to contend with their fair share of failure, no matter how successful they become in the end.

India’s unexpected ODI and Test series losses to New Zealand brought that truism forcefully to mind. Despite not winning the 2019 World Cup, India have been having a rather good run. They have been the beneficiaries of a pace attack of unprecedented quality and depth, very competent spinners and a line of consistently spectacular batsmen.

The games were contested on New Zealand soil but fans would’ve probably still given the visitors a more than fair shot of winning. What is certain, though, is that nobody thought India would’ve been swept in both the three-game ODI series and the two Tests that followed.

What is more, Kohli only managed 75 runs in the three ODIs and 38 in the two Tests. This kind of low-key performance has been a rarity for India’s captain. Scores of 51, 15, 9, 2, 19, 3 and 14 would be a concern for any batsman, especially one such as India’s captain who has previously operated at such a ridiculously high level.

Understandably, social media has been abuzz with talk of the great batsman’s lack of form. Especially troubling, the tweeters offered, were the manner of a number of his dismissals. He was bowled by a peach of a googly in the first ODI in Hamilton. But Tim Southee exploited a gap between the maestro’s bat and pad in the Auckland ODI and he was bowled attempting a flick to leg. Worse still, at Mount Maunganui, he was caught by the fielder on the third-man boundary off an ill-advised shot from a short ball from Hamish Bennett.

“Been a while since I’ve seen Kohli bat like this at the start of an innings,” India’s highly regarded commentator Harsha Bhogle tweeted after his dismissal in the final 50-over game. “A slog over mid-wicket, an upper cut…. His greatness as a white-ball batsman has come with cutting out risk and playing fantastic, traditional cricket.”

Things got no better in the Tests where Kohli looked nothing like the master craftsman that he is. Instead, he appeared in the guise of a run-of-the-mill player struggling to secure his spot. He was tentative, played too far away from his body, was hurried by the short ball, and had his defence breached a number of times.

Such infractions would have been somewhat understandable if committed by the average batsman. But this was Virat Kohli, the batting superhero, the man Indian cricket fans expect to lead the charge to victory on almost every occasion and it was now clear, if it weren’t before, that cricket fans were not witnessing the self-assured stroke-maker they had long admired.

Don Bradman never had a bad series. He is the only batsman in the long history of the game that good form never abandoned. He remained, for the duration of his career, a consistent and deep-piercing thorn in the sides of all opposing teams, and Australia were never defeated until his bat was silenced and could have no further effect on the game.

But his 56 average during the Bodyline series of 1932-33 was a drastic enough drop off from his usual stratospheric standards that it paved the way for England to win the series. Nobody can say that 56 runs per dismissal was a failure, yet it was far below the torrent of runs that flowed when the Australian was performing at his finest.

Kohli’s performance against New Zealand was far below his normal standards. But India didn’t lose solely because of his lack of runs. India, as Kohli admitted, were outplayed and so there is more than enough blame to go around. “We obviously didn't play the kind of cricket we do as a team,” Kohli said after the series loss. “The thing to take away from here is to not shy away from things that have gone wrong and instead address them straight up, and not be in denial.”

As captain, he has to shoulder much of the responsibility for the performance of his team and this result should shine a light on the shortcomings of the team and provide a road map as to what is required to succeed in adverse overseas conditions.

This result should not be seen as a sign of decline. After all, it was not that long ago that India won in Australia, overcoming a challenge that is normally seen to be at least as daunting as winning in New Zealand. Indian fans simply have to appreciate that New Zealand are a quite capable team, especially when playing at home. They deserved to win.

Rest assured, however, that the India will be back. Jasprit Bumrah, who didn’t really sparkle as much as he used to after coming off an injury, will surely return to his old match-changing self. While others like Ajinkya Rahane, Mohammed Shami and Cheteshwar Pujara also performed below expectations, it can’t be long before they return to their normal high-performing selves.

Also, be rest assured that Kohli will be back among the runs. West Indian batting maestro Viv Richards, an ardent admirer of Kohli, used to be fond of this saying: “form is temporary, class is permanent.” And Kohli oozes class.