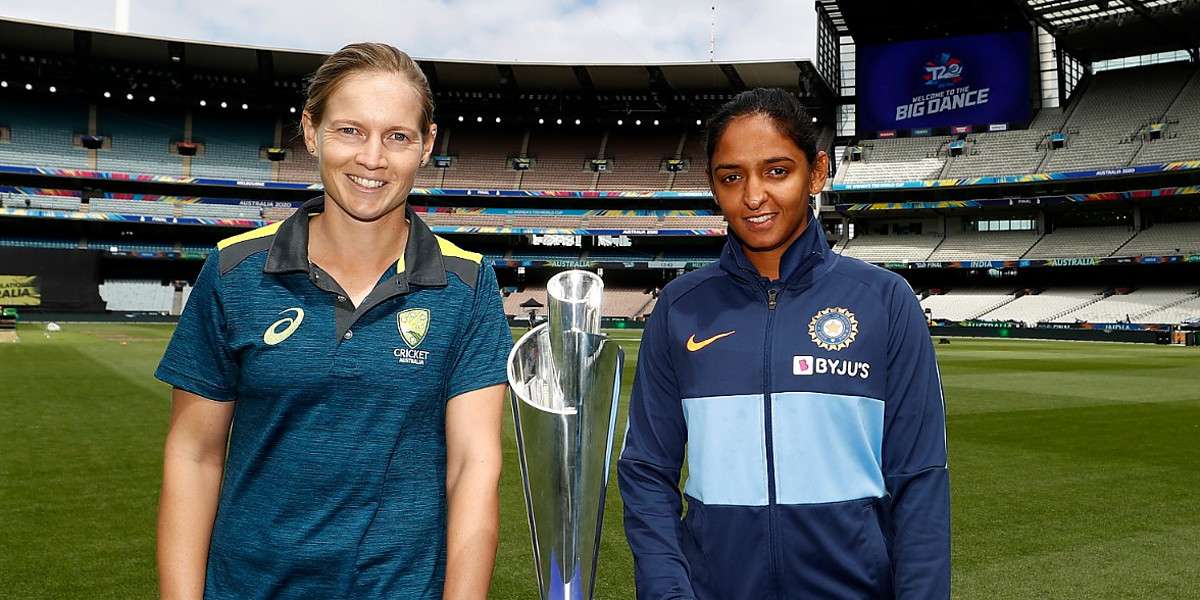 India might be on a winning streak, but you don't bet against a team who have won this tournament four times

There's no denying that women's cricket has enjoyed a surge of popularity in India ever since the Mithali Raj-led side made it to the finals of the 50-over World Cup in 2017. Cut to the present, India are through to their maiden T20 World Cup final and the time has come to get those hands on the silverware if Harmanpreet and Co. want to graduate to the next level.

Coincidentally, yet fittingly, Sunday's (March 8) finale will be a repeat of the tournament's blockbuster opener between hosts Australia and India. A massive crowd is guaranteed at the Melbourne Cricket Ground for the all-important decider, following the International Cricket Council's ambitious push of breaking the official world record for the highest crowd at a women’s sporting event.

India came into the semi-finals unbeaten, having won all their group-stage encounters, including the one against Australia. However, their semi-final against England in Sydney was washed out and India made it to the finale by virtue of their superior group-stage record. The cricket fraternity wasn't happy with no reserve day scheduled for semi-final matches but there's no repudiating that India deserved a spot in the final especially after topping the points table in their group. Meanwhile, Australia had to beat both South Africa and the rain gods to set up a date with India in Melbourne on International Women's Day.

Two of India's senior-most batters have been in terrible form, despite that, the Women in Blue have still managed to make it all the way tells you how few of the other players have punched above their weight. India's batting linchpins - Smriti Mandhana and Harmanpreet are yet to fire in this tournament but the two will have to come good in the final if India want to lift their maiden major ICC title. Prior to the competition, the cricket community was buzzing with the fact that India's campaign will rely heavily on Mandhana and Harmanpreet but the two have contributed only 12.23 percent to the total team runs, compared to 47.91, 26.45 and 31.89 respectively in the last three T20I series.

Mandhana not scoring hasn't hurt India much because of the way Shafali Verma has batted up the order. The 16-year-old flamboyant opener is currently the fourth-highest run-scorer in the event, having managed 161 runs at a strike-rate of 161. She is yet to get a fifty-plus score but Shafali has contributed in all four completed encounters. It's only because of her India have managed 46, 54, 49 and 49 respectively in the powerplay in the group stage. Apart from Shafali, Jemimah Rodrigues and Taniya Bhatia too have chipped in from No. 3 but the team management will be concerned about the middle-order.

Indian captain Harmanpreet hasn't managed a single 50-plus score in T20Is since that 103 against New Zealand in the 2018 T20 World Cup and has so far only scored 26 runs in this competition. The 30-year-old however will be expected to step up and ensure that the middle-order doesn't flounder again.

India have got terrific starts in all four games but not once the middle-order has managed to capitalise on it properly. While Shafali has taken care of the scoring in the first six overs, India need someone with the power game of Harmanpreet in the death overs. The likes of Deepti Sharma, Rodrigues and Bhatia don't have that and that's where Harmanpreet will have to lead from the front.

While the Indian batters are yet to click as a unit, their bowlers have done a phenomenal job so far. The spin quartet of - Deepti, Poonam Yadav, Radha Yadav and Rajeshwari Gayakwad - have done well as a group. And to add to that, Harmanpreet has used them perfectly. While Deepti has mostly bowled in the powerplay, the other three have operated in the middle and death overs. Poonam is tournament's joint leading wicket-taker, but it was left-arm spinner Radha who claimed four wickets against Sri Lanka in India's last league encounter. Meanwhile, Shikha Pandey has been India's only frontline seamer and the right-arm pacer has bowled those tough overs and done the job for the team.

However, it was Poonam who derailed Australia's chase in the tournament opener by picking up 4 for 19. The pint-sized legspinner has taken 11 wickets at 13.27 in the six matches she has played against Australia. Meg Lanning, the Australian skipper, has already said that her team will come with a proper plan against Poonam and will have to be at their best in what will be Australia's sixth T20 World Cup final.

"Yeah, we will talk about Poonam Yadav. There's a lot of learnings from that first game that we feel like we can implement. Yeah, we'll do all our research over the next few days, have a look at them, but also how we can play. I've got no doubt we'll be able to adapt," said Lanning after Australia's five-run (DLS) victory over South Africa in the semi-final. "India are a very, very good side, and they've showed that throughout the tournament. So we're going to have to play well."

"It seems like it has sort of fallen into place a little bit, and Sunday is going to be massive. So hopefully there is 90,000 people there. Everything's been done that could possibly be done, and we're just really pumped we get to be out in the middle and play in front of everyone."

Australian openers Alyssa Healy and Beth Mooney have scored on a consistent basis but haven't been as blistering as Shafali. Lanning too made a vital contribution in the semi-final and will look to build on that innings. With Australia's ace all-rounder Ellyse Perry ruled out of the tournament, there will be extra pressure on these three. Both Lanning and Mooney have done well against India in the past, and so has Ashleigh Gardner. She along with Rachael Haynes has helped Australia score at a rapid rate in the last five overs and unlike India, the hosts have that much-needed firepower down the order.

In the bowling department, Megan Schutt will lead Australia's bowling attack. The former No. 1 T20I bowler hasn't particularly been at her best against India and she knows that. "I just hate playing India - they’ve got the wood over me. Smriti and Verma have got me covered. That six Shafali hit me for in the tri-series was probably the biggest one I've ever been hit for. Clearly, I'm not the best match-up to those two in the Powerplay. They find me quite easy to play," said Schutt.

The right-arm seamer however bowled brilliantly in the semi-final and will find enough support from the likes of Jess Jonassen, Delissa Kimmince, Georgia Wareham and Sophie Molineux. They will have to find a way to stop the in-form Shafali, but they will also be wary of Mandhana and Harmanpreet.

India might have defeated Australia in the group stage, and are on a winning streak, but you don't bet against a team who have won this tournament four times.

Unlike in Sydney, there's no rain threat in Melbourne and we should get a full game in.

India will most probably go unchanged, while Australia might bring Annabel Sutherland back into the playing XI.