After securing a comprehensive win in the first One-Day International (ODI), West Indies will be high on confidence going into the second game against India at Visakhapatnam. Chasing a formidable 288 on a relatively slow track at Chennai, West Indies – led by Shai Hope and Shimron Hetmyer’s 218-run stand for the second wicket – got home with plenty of wickets and overs to spare.

For India, both Virat Kohli and Rohit Sharma failed, but it provided a platform for youngsters Shreyas Iyer (70) and Rishabh Pant (71) to prove their worth. In the end, India managed a formidable total, but the Windies top-order saw two centuries from their top three, which is exactly what they needed.

The Visakhapatnam game will be a great chance for West Indies to wrap up the series. In fact, they have not won a bilateral ODI series against India since 2006 – a series which the Windies won 4-1 at home.

Not only do the Windies have a 1-0 lead in the series, they are also the only team to have beaten India at Visakhapatnam. The last time these two teams met at this venue was in October 2018, which ended up being a high-scoring tie.

The loss in Chennai gives India an opportunity to reflect on what they did wrong and iron those out faults before they take field at Visakhapatnam, starting with their bowling department. The West Indies batsmen gave Kuldeep Yadav due respect and did not give him a single wicket.

Ravindra Jadeja, picked for his all-round abilities, did very little to justify his place in the team as a bowler. India bat till No. 7 with Shivam Dube in the side, which could pave the way for Yuzvendra Chahal to return to the side in Jadeja’s place to partner Chahal.

While Mohammed Shami did not have the best of days at Chennai, he will be expected to spearhead the bowling attack along with Deepak Chahar. Shami is the joint leading wicket-taker in 2019 with 38 scalps and India will most likely give him another go at Visakhapatnam.

West Indies, on the other hand, do not need to tinker with their XI. The only bone of contention is the opening slot. Sunil Ambris might be replaced by Evin Lewis, if he is fit. Lewis was stretchered off the field during the third T20I and did not take field after that.

When talking about West Indies’ batting, one cannot forget Shai Hope, who has had a phenomenal year. He has scored 1,225 runs this year, which is only lesser than Rohit Sharma (1,268) and Virat Kohli (1,292). However, when it comes to opening in ODIs in a calendar year, no player has had a better average than him. 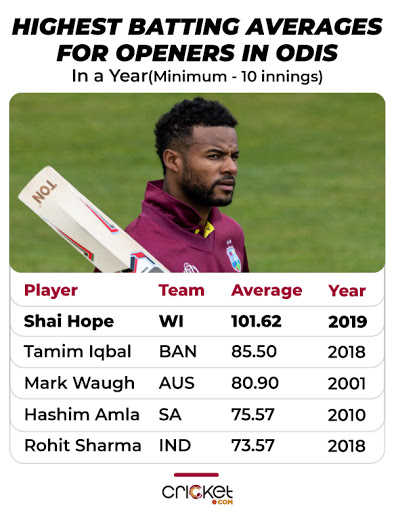 As far as their bowling is concerned, the Windies will be more or less happy with the options they had in the first ODI and will continue with the same lot in the second game as well. Sheldon Cottrell has been the pick of the bowlers for them this year. He has the most wickets (17) in the first powerplay and has an economy rate of 4.5 between overs 1 to 10. 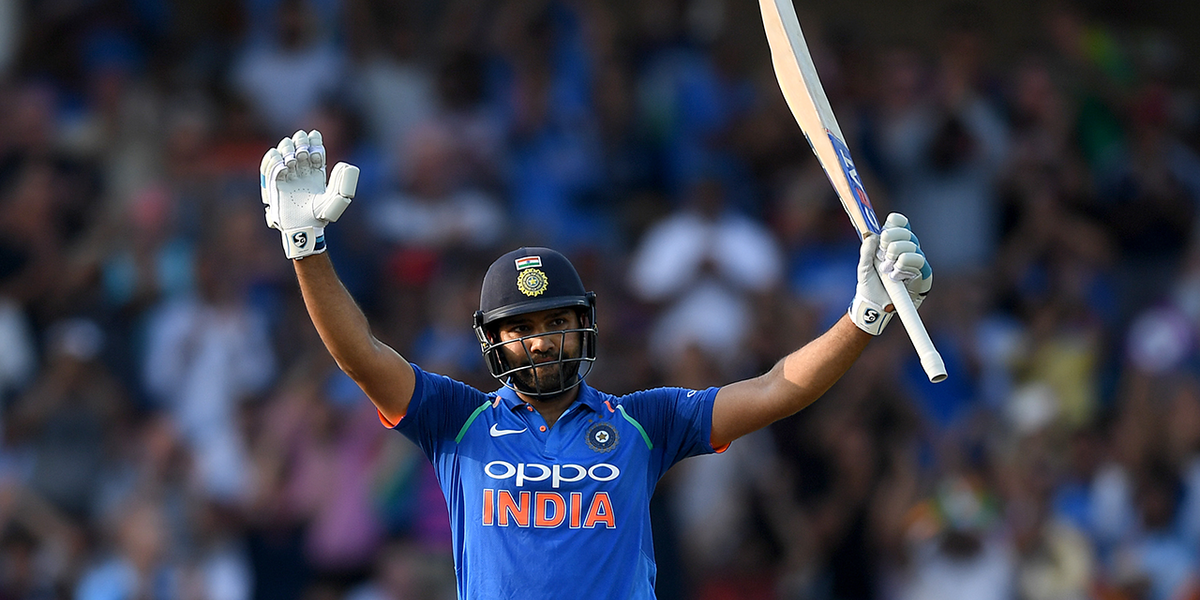