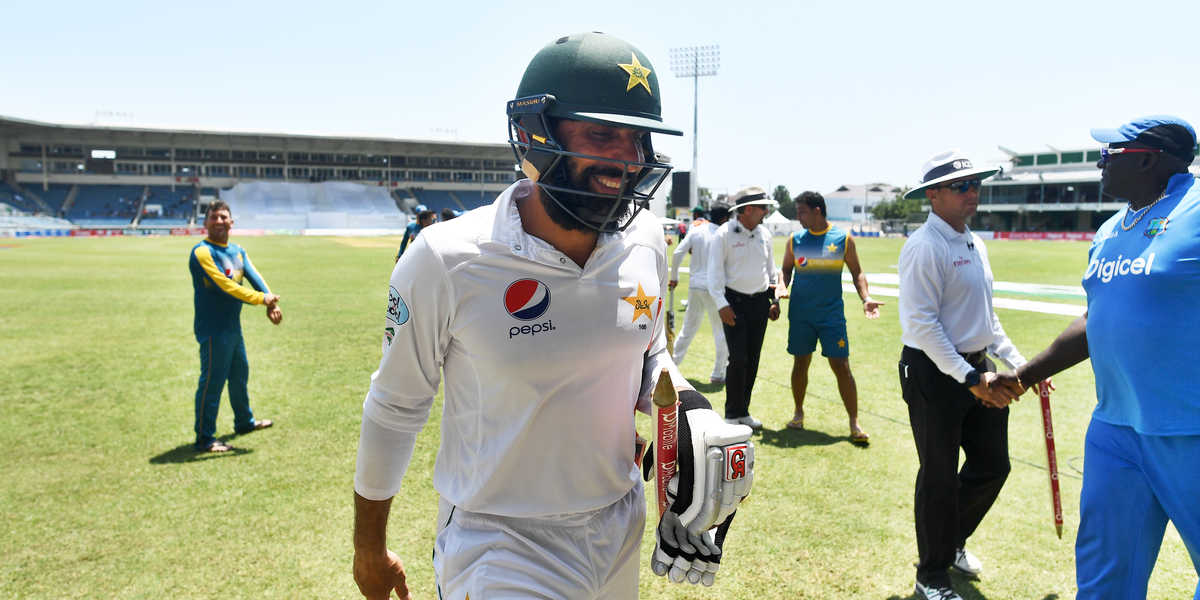 Pakistan's head coach and chief selector Misbah-ul-Haq has hit back at criticism of the under-performing national team, saying he does not have a magic wand to revive its fortunes instantly and will step aside if he fails to deliver after some time.

Misbah, a former captain, was speaking at a media conference in Lahore to announce the 16-member squad for the two-Test home series against Sri Lanka and seemed to snap were questions were thrown at him about Pakistan's underwhelming Test performances. The most recent of such performances was a Test series loss in Australia some days ago.

"What do you want," Misbah responded when a reporter asked if he agrees with the criticism being directed at him and whether he intends to step down as some of the former players have demanded.

"...you have to understand I don't have a magic wand to make everything right just like that. The players need a process to settle down and perform," he said.

Misbah said he wouldn't preside over Pakistan's decline and would do his best to make things right.

"I don't have any desire to sit and watch Pakistan cricket go to pieces. Yes no one likes that and thinks maybe someone else should be doing this job instead of me. But I am an honest man and I am doing my best and it will take some time to rebuild this test team," Misbah said.

When asked how he felt about the criticism that has come his and the team's way, Misbah said, "I can't stop anyone from speaking but to me it is very simple what is in your heart you say."

"But whatever anyone says there is no pressure on me because of the dual jobs. To me they are wasting their energy...Those who criticise..in fact...they want to get positions vacated."

Misbah asserted he has been honest and upright about his two jobs.

"Even as chief selector, I am consulting other selectors, the head coaches of the six provincial teams and even this squad has been finalised after proper deliberation. I don't believe in one-man show," he said.

"I am honest in my intentions and I know it will take time to build up a team which has youngsters as well."

Misbah is also now facing criticism for having accepted the role of head coach of the Islamabad United in the forthcoming Pakistan Super League despite reservations by some of the other franchises.