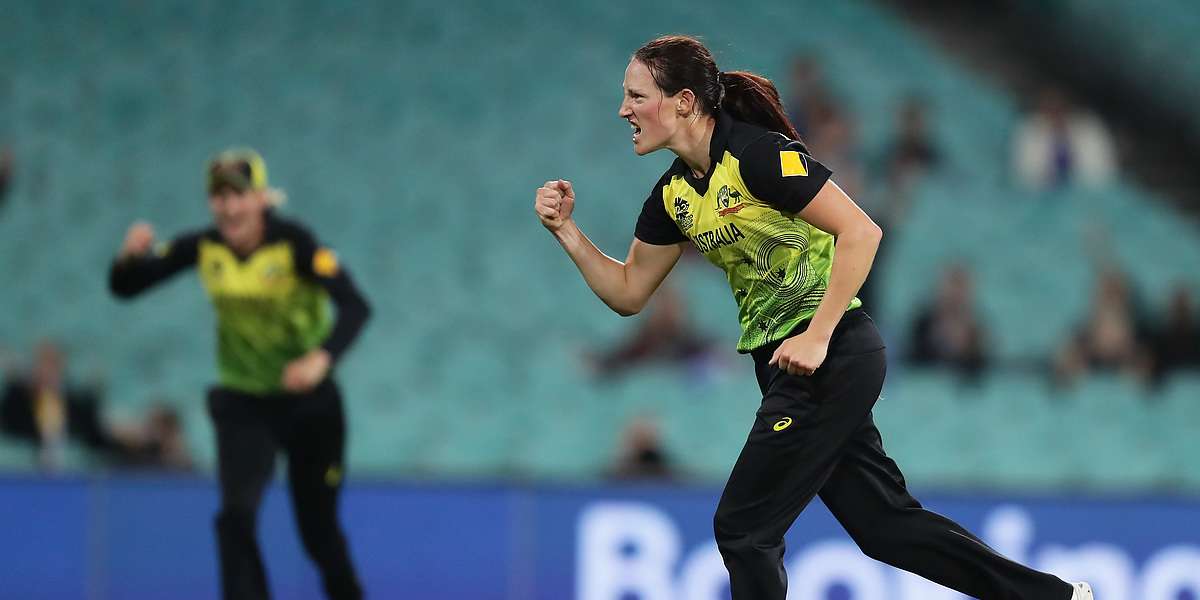 She was hit for four boundaries by Verma in her opening over of the tournament, and Schutt admitted her concerns about bowling to Indian openers

Clobbered by Shafali Verma and Smriti Mandhana recently, Australian pacer Megan Schutt says she hates playing against India and doesn't want to bowl at the marauding duo during powerplay when the two teams clash in the Women's T20 World Cup final.

Schutt, who took a crucial 2/17 in Australia's five-run win over South Africa in the rain-hit semifinal on Thursday (5th March), has still not recovered from the drubbing she got at the hands of Verma in the tournament-opener.

She was hit for four boundaries by Verma in her opening over of the tournament, and Schutt admitted her concerns about bowling to Indian openers.

"I just hate playing India - they've got the wood over me," Schutt was quoted as saying by the official website of the ICC.

"Smriti and Shefali have got me covered. That six Shafali hit me for in the tri-series was probably the biggest one I've ever been hit for.

"There are obviously some plans we're going to revisit as bowlers. (But) clearly, I'm not the best match-up to those two in the Powerplay. They find me quite easy to play," she added.

Schutt bore the brunt of Verma and Mandhana's attacking fury in the very first over of last month's tri-series as well. She was struck for four by Verma off the first ball and lifted for a six by Mandhana.

But both the sides will again meet each other in Sunday's summit clash, where India will have an edge after stunning the defending champions by 17 runs in the tournament opener.

"We're at that final we've been talking about for so long and against India, which is super fitting considering the tri-series we had. It couldn't really be a bigger challenge for us," Schutt said.

"It's not really a bad thing, it's good we're going up against a team we've played a lot recently and it's the same for them as well."