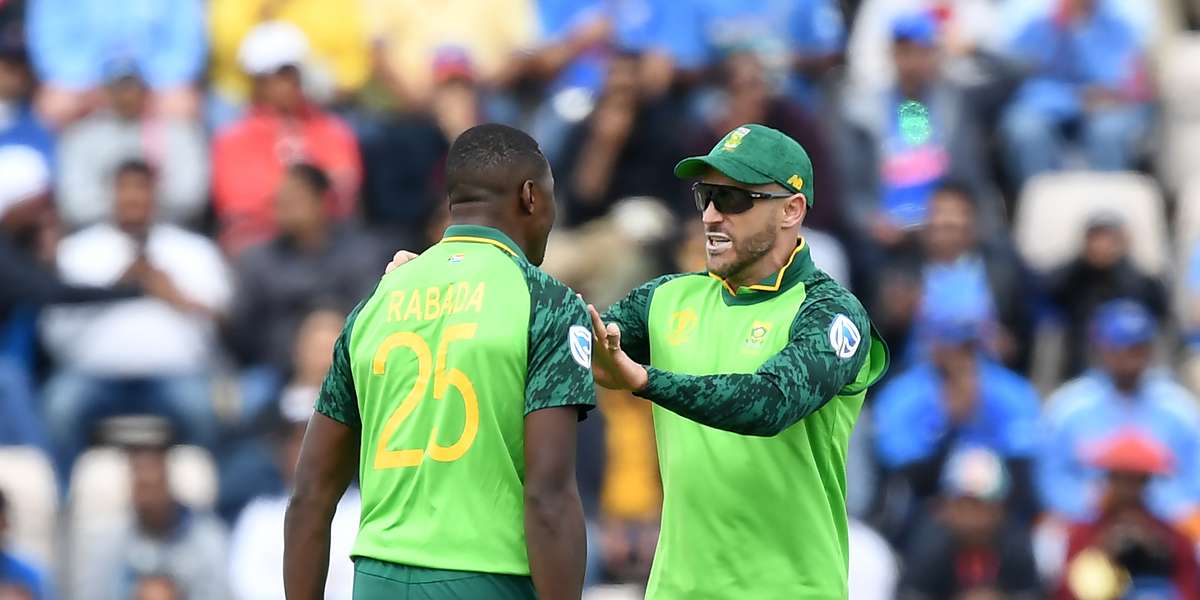 The trio return after missing out against England

Former captain Faf du Plessis and fast bowler Kagiso Rabada will return to the South African squad for a three-match Twenty20 series against Australia, starting at the Wanderers Stadium on Friday (21 February).

Du Plessis, who announced earlier on Monday that he was stepping down from the captaincy, is part of a 16-man squad to be captained by Quinton de Kock.

Both Du Plessis and Rabada were rested from one-day and T20 series against England following a Test series between the sides which ended last month.

Fast bowler Anrich Nortje, one of South Africa's successes in a losing Test series, has also been included in the squad named by Cricket South Africa on Monday.

Independent selector Linda Zondi said the inclusion of Rabada and Nortje would boost the team's bowling following a 2-1 defeat by England in a series which ended on Sunday.

"The T20 series may not have been won but it was really pleasing to see our batting unit play so well," said Zondi, who added that the return of Du Plessis would add an extra dimension to the batting.

Temba Bavuma's selection is dependent on a scan of his right hamstring after he was injured during Sunday's final match against England.