South African captain Faf du Plessis said he did not support a move towards four-day Test matches - despite a statement by Cricket South Africa that it was official policy to support a reduced format.

"I suppose you've got to ask CSA what their opinion is," said Du Plessis after a tense finish to the second Test against England, which his team lost late on the fifth afternoon. "My opinion is that I am a fan of Test cricket going five days."

Du Plessis said there were different points of view. "I understand that a lot of money is being burnt on five-day cricket because so many Test matches are not going five days. People will sit 50-50 on it. My personal opinion is that I am still a purist of the game because I have been part of some great draws that went five days."

He said the finish was an example. "There would definitely not have been a result in four days on this surface."

The full statement by CSA read: "In view of an unsourced and misleading report in the media this morning please be advised that it is Cricket South Africa's official policy to support four-day Test match cricket. We, in fact, hosted the first official four-day Test match between ourselves and Zimbabwe a couple of years ago."

Asked to elaborate, a spokesman for CSA said he was not aware whether CSA had taken a formal decision to support a suggestion that the World Test Championship should consist of four-day matches from 2023. The proposal appears to have the support of England and Australia.

The CSA statement was made in response to an article in Britain's Daily Mail which claimed South Africa was opposed to four-day Tests.

Jacques Faul, the acting chief executive of CSA, said he believed all stake-holders needed to be consulted before an official position was taken. "I was not privy to any discussions which might have taken place on this issue before my appointment," he said.

CSA has been hit by controversy in recent months, with calls for the Board to resign made by SACA, at least two sponsors and two former chief executives. Three of five independent directors resigned in the wake of the withdrawal of accreditation, quickly rescinded, of five journalists who had been critical of the organisation. 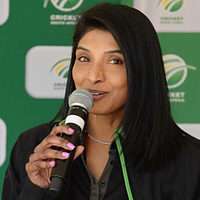