England hope for a fresh start in the New Year 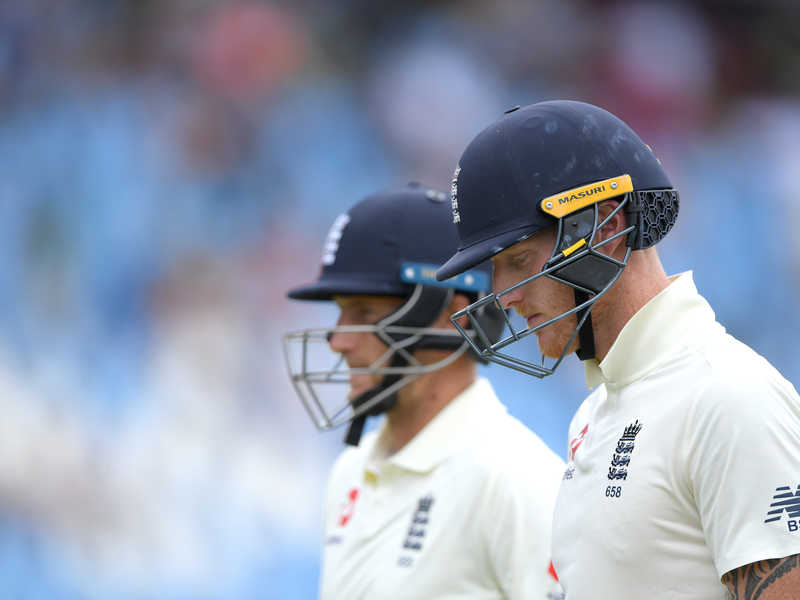 England hope for a fresh start in the New Year

There was a lot in common between the two Boxing Day Tests this year. Both the matches ended inside four days with the hosts beating the visitors comprehensively (England, unlike the Kiwis, were still alive at the start of the fourth day). Ironically enough, both the matches had the visiting captain opting to bowl first - a decision that has historically left a lot of captains embarrassed. What followed has ensured that all captains, let alone Joe Root and Kane Williamson, will be uncomfortable to contemplate doing the same in the near future.

In reality, Root’s decision to bowl first at Centurion seemed justified on two occasions. Once when England had the hosts 111 for five with their captain Faf du Plessis back in the hut and later while batting when they were three down for 142 with Ben Stokes and Joe Denly at the crease.

Quinton de Kock, supported by the debutant Dwayne Pretorius and Vernon Philander, propelled the score of the home side to 284 in the first innings. Later, England lost seven wickets for 39 runs to end with a first-innings deficit of 103 runs, leaving Root and the team management ruing their decision in retrospect.

Their hopes in the match were once again ignited while chasing a target of 376, they ended the third day at 121 for one. What they needed on the last day was 35 runs more than what they achieved at Headingley earlier this year with nine wickets in hand. They could not end the year 2019 with another miracle as they fell short by 107 runs, four more than the deficit from the first innings.

As is often the case, a low scoring contest at a pitch conducive to pace bowling provided an entertaining spectacle. What also added to the ebb and flow was a contest between the two teams that are on a decline in Tests since 2018. 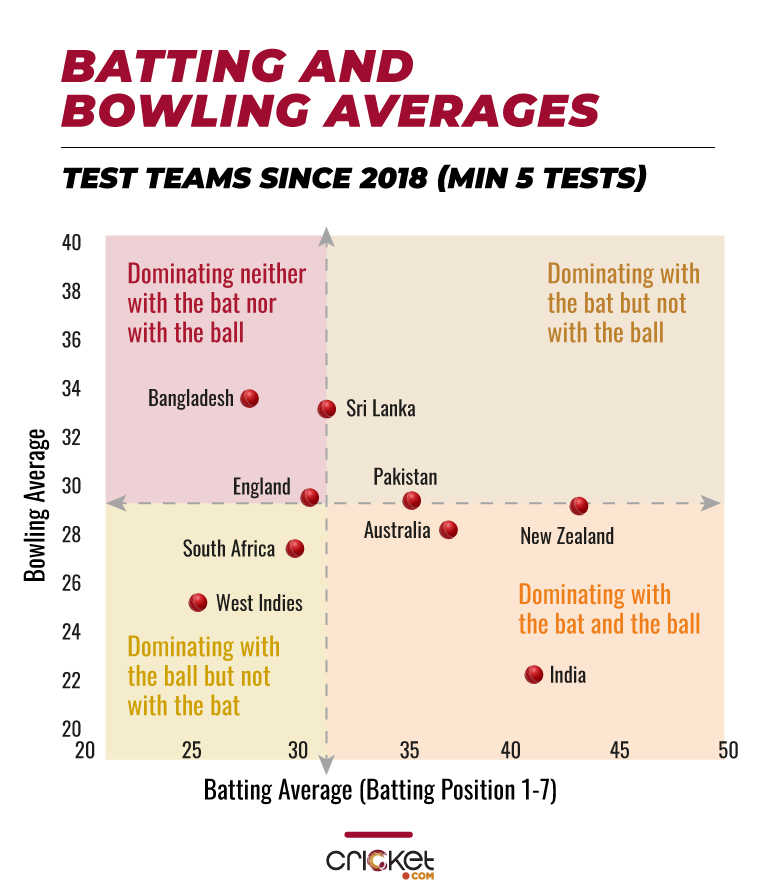 The graph represents the top nine Test-playing nations. The teams at the bottom right (in green) have performed better with the bat and the ball. Their top-7 batsmen have collectively averaged higher than the overall median (31.3). Their bowlers have averaged lower than the overall average (29.6)

The teams on the top left have been below par both with the bat and the ball.

The batting struggles of the two sides can be understood by the collective average of their top-7 batsmen - 29.8 for the hosts and 30.5 for the visitors. Well below the overall median of 31.3.

The fact that the South African bowlers have been better in this period (average 27.8) as compared to England’s bowlers (29.9), was the difference between the two sides in the first Test.

Not long ago, both England and South Africa were a powerhouse in Test cricket. Loss of some key players due to retirement and Kolpak deals depleted South Africa. For England, the reason for the decline can be attributed to a renewed focus on the white-ball game and a lack of clarity on their batting approach in Tests. As a result, they failed to win any Test series in 2019.

Ahead of the New Zealand tour in 2019, the management emphasized that the batsmen will focus to bat for long periods of time. As the players are still getting out while playing aggressive, sometimes needless shots, the right approach and mindset are once again in question.

Coming to the New Year’s Test at Newlands in Cape Town, one particular English batsman has a happy memory of this venue. The last encounter between the two here in 2015-16 was a run feast as both teams compiled 600+ in their first innings. In the only drawn game of the series then, which England won 2-1, Ben Stokes smashed 258 off 198 balls to prove worthy enough to be qualified as a genuine all-rounder.

England can also take some relief from the fact among the five major Test venues in South Africa, Newlands has been the best for batting with the highest batting average since December 2015.

On a tour where they have been unbeaten on the field since the turn of the century, England had faced off-field challenges since the time they landed. They can now field a complete eleven that has been affected by sickness and flu-like symptoms. It was the opener Dom Sibley’s turn to be hampered by the illness on the last day of the year.

While Ollie Pope has recovered and is certain to replace the struggling Jonny Bairstow, Jofra Archer is affected by a sore elbow and did not train much ahead of the game. On a pitch that seems dry enough to warrant a spinner, this might be a relief to the English management to decide the pacer who will make way for the spinner. However, Archer, if fit, might not have been their choice of the pacer to be dropped after his fifer in the second innings in Centurion. With Ben Stokes not bowling much due to back issues and a defensive spinner in Dom Bess or Jack Leach to replace a pacer, the bowling attack for England is certainly going down the defensive route.

For the hosts, Aiden Markram is out of the series after sustaining a finger fracture. Pieter Malan, his replacement, will add to the list of the debutants for South Africa in this series. The performance of newcomers was the highlight of the Test for the hosts in Centurion.

While the big guns - Dean Elgar and Faf du Plessis - failed to stand-up, the debutants Dwayne Pretorius (33) and Rassie van der Dussen (51) rallied around Quinton de Kock and helped the team with crucial contributions in each innings. Anrich Nortje, coming in as a night-watchman played more balls than eight English batsmen did in the final innings. 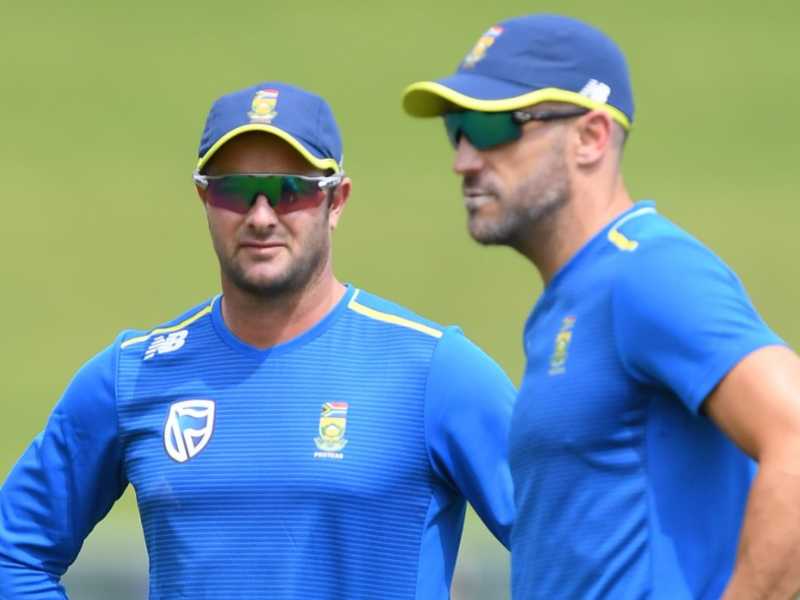