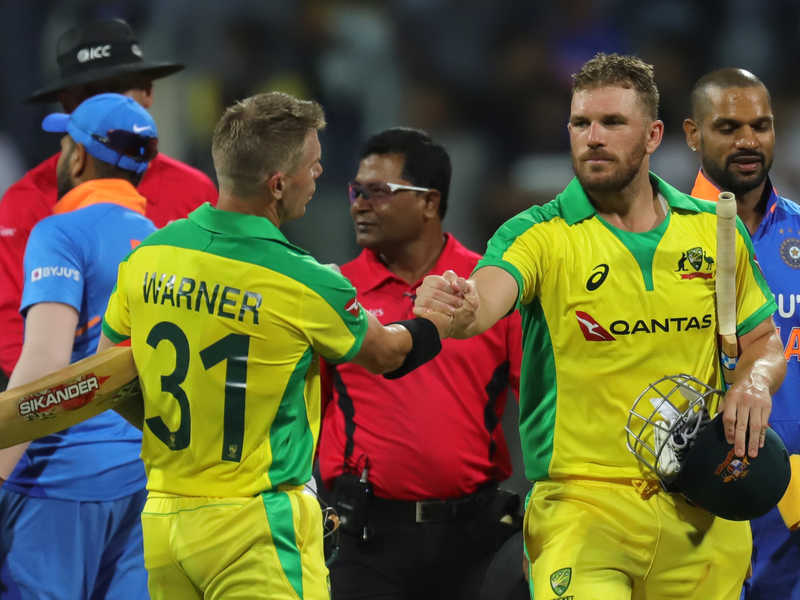 It is a bit hard to describe the outcome of the first ODI from India’s perspective. Forgetful? Nightmarish? Let us rather mildly call it an eye-opener.

Since the loss in the 2019 World Cup semi-final against New Zealand, the ODI against Australia at Wankhede Stadium was the first instance when India’s batting powerhouse was to put to a test against bowlers that are superior to their domestic level. In two consecutive occasions now when Rohit Sharma and Virat Kohli have failed against a strong bowling attack, India’s batting has appeared toothless. For the record, since 2013, India have lost 67% of their games when both Rohit and Kohli have scored less than 20 runs.

Anyone who did not follow the match live and just looked at the scorecard at the end, would be far more taken aback by the margin of defeat rather than India’s first innings total. As David Warner and Aaron Finch went on a record spree, beating the Indian bowlers to a pulp, it was tough to decide which innings of the match was more painful to watch if you are an Indian fan.

However, the ease at which Warner and Finch batted, it was crystal clear that India’s batsmen let the team down on a wicket that was heaven for batsmen. However, before coming to the real issue let us follow the ‘chronology’, a term that is making many rounds on social media in India lately.

A surprise selection is not a surprise anymore

The current team management is not new to selection blunders. There are so many data points available now that we can actually see a pattern. Sticking to only white-ball cricket, the selection of Vijay Shankar and Rishabh Pant in the World Cup and now Shardul Thakur in the first match have just been on the basis of look and feel based on only a few performances.

Currently obsessed with bowlers who can bat, Thakur was preferred over Navdeep Saini for his skills with the bat. These cameos were against two teams one of which had to play qualifiers to participate in the 50-over World Cup 2019 (West Indies) and the other that will play the qualifiers of the T20 World Cup later this year (Sri Lanka).

Comparing their primary skill, the one that ideally should merit their selection provides a different picture. Judging by performances in T20Is only, 11 out of Thakur’s 13 wickets have been caught by a fielder while the other two have been bowled and caught by the keeper. On the other hand, four out of Saini’s 11 wickets are bowled – two of them to stunning yorkers against Sri Lanka. While three have been caught behind – one to an unplayable bouncer - and one LBW. It is not rocket science to decode that a large proportion of Saini’s wickets have been due to the bowler’s skill rather than the need for the batsmen to throw their bat around.

Unsurprisingly, the management saw more merit in the number of runs scored at number eight rather than having a more lethal bowler against Warner and co.

Rahul and the management have to be fair to each other

Coming to the primary issue of the first ODI, the bigger obsession of the team is KL Rahul. And why shouldn’t it be? When on a song and showing off his strokes, there are not too many batsmen who appear as watchable as Rahul does. However, numbers suggest that while he has found his way in T20 cricket where he can bat with an uncluttered mind, he has not quite solved the puzzle of batting in ODI cricket.

In a start-stop start to his ODI career, Rahul has appeared in only 31% of the ODIs that India have played since his debut. Predominantly selected in case of an injury to Rohit or Shikhar Dhawan, Rahul played very few consecutive ODIs before the World Cup 2019. Twice he has played three and once four ODIs consecutively while missing out as many as 18 and 17 ODIs in between, since his debut in June 2016.

The 2019 World Cup was the first time he played 10 ODIs in a row. It is indisputable that the uncertainty over his place in the team affects his mindset but, his performance in the World Cup, where it was certain that he will hold his place for a while, ascertains that he is far from nailing the art of ODI batting yet. Though the World Cup was not abysmal for him, the big numbers came against Bangladesh and Sri Lanka while against big teams like England and New Zealand he returned with zero and one.

Scoring volume of runs is one aspect of the modern-day white-ball game but the other and most critical aspect is how quickly a batsman scores those runs. On that front, Rahul has struggled so far, which makes his selection in the team as a number-3 batsman even stranger.

Not only has Rahul failed to score daddy hundreds as a top-order batsman, but he also scores at a pace slower than the median (the middle value that separates the higher half from the lower half of the data set) since 2016 of other top-3 batsmen from the top-10 ODI teams. While Rohit and Dhawan have a high percentage of runs in boundaries, Kohli scores briskly with a healthy strike-rotation. As a matter of fact, Kohli has the highest non-boundary strike-rate (61.7) in ODIs since 2016. Rahul, on the other hand, falls, short in both departments.

Now, looking at Rahul’s overall career, only 12% of his innings have ended at a strike-rate of a 100 or more. These too have been innings of paltry scores of 11*, 11 and 5. On the other hand, innings with a strike rate of more than a hundred for Dhawan, Rohit, and Kohli are 41%, 35%, and 38% respectively in ODIs since 2016. On average, one of these three has been highly likely to give a brisk start.

A team struggling to find finishers cannot afford to get into a top-order muddle. While Rahul is likely to retain his position, being the only wicketkeeper in the team, now that Pant is concussed and out of the second ODI, he will certainly bat at four. Yet again, it is unfair on him to be asked to adopt a new role without being given sufficient time to prove his merit. However, someone in the management needs to put an arm around him and provide the comfort that will lead him to play for his team rather than his position. 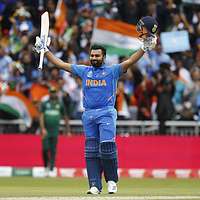 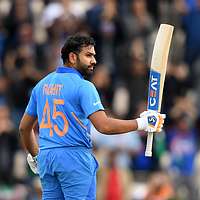