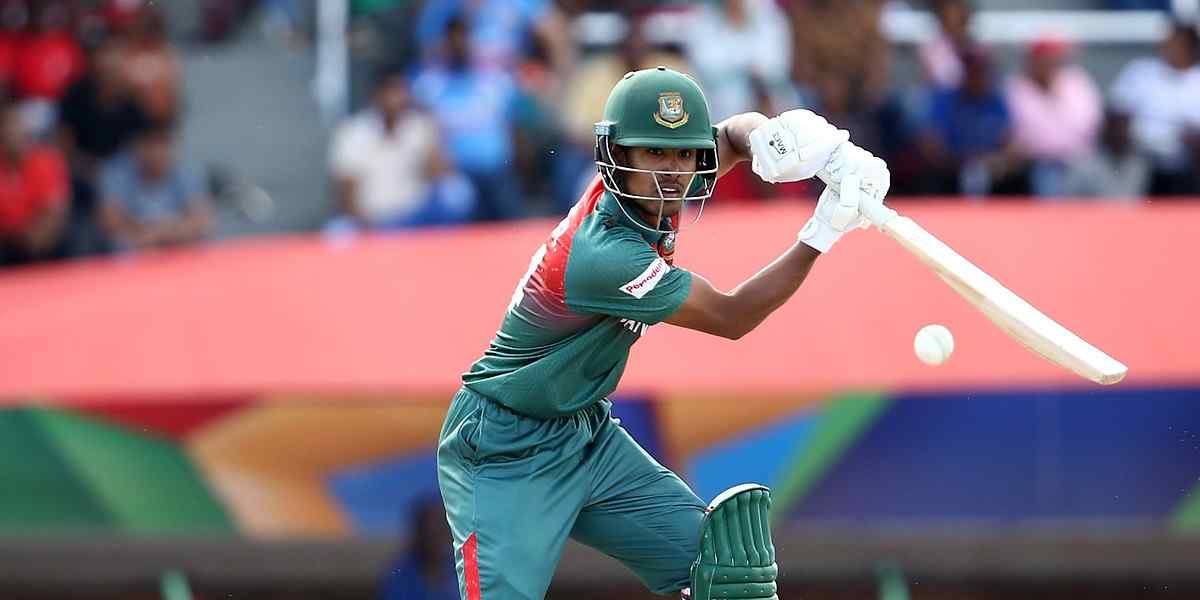 After bowling India out for 177, Ali and Emon helped Bangladesh chase down the total in the rain-affected final

Ravi Bishnoi tried his best but Akbar Ali held his nerves and led Bangladesh from the front to propel them to their first major ICC title by defeating mighty India by three wickets (DLS method) in the close-fought final of the Under-19 World Cup at Senwes Park in Potchefstroom on Sunday (February 9).

Opting to bowl, Bangladesh bowlers put on a superb all-round performance to bundle India out for 177 in 47.2 overs. For India, Yashasvi Jaiswal continued his rich vein of form and scored 88 but hardly found any support from the other end. Only three Indian batsmen managed to get double-digit scores and it was upto their bowlers to make a game out of it.

In reply, Bangladesh got off to a solid start before Bishnoi brought India back into the game by picking up 4 for 30. The other Indian bowlers, however, were way too wayward with their line and length and conceded 33 runs in extras. Opener Parvez Hossain Emon (79-ball 47) played a crucial knock but Bangladesh lost six wickets in the middle overs before rain made its presence felt in Potchefstroom, with Bangladesh needing just 15. When the match resumed, Bangladesh needed 7 off 30 and they got past the finishing line with 23 deliveries to spare.

Earlier, Bangladesh's new-ball bowlers Shoriful Islam and Tanzim Hasan Sakib were aggressive and bowled with great intensity but it was Avishek Das, playing only his second match of the competition, who reaped the reward by dismissing Indian opener Divyansh Saxena (2).

Both Shoriful and Tanzim were constantly chirping at Saxena and Jaiswal, but backed it up by bowling impeccable line and length. India only managed eight runs in the first six overs and Bangladesh skipper Akbar Ali introduced Avishek into the attack. The pressure was building up and Saxena tried to go after Avishek and ended up slicing it straight to the backward point.

Jaiswal took his time to settle in and soaked in all the pressure, allowing Bangladeshi bowlers to dictate terms in the first 10 overs. The tournament's highest run-getter was joined by Tilak Varma and the two slowly started to rebuild the innings. Bangladesh, however, were relentless and simply did not allow the two to get going. India were scoring at just over 3 runs per over at the halfway stage and the onus was on Jaiswal and Varma to up the ante.

In the process, Jaiswal, who hasn't been dismissed for a score of less than 50 in this tournament, got to his half-century in the 28th over and made his intentions clear by smoking Tanzim over deep mid-wicket for his first maximum. Just when it looked like the two were starting to accelerate, Varma hit one straight to the fielder at sweeper cover and that brought an end to the 94-run stand. The No. 3 batsman scored 38 off 65 deliveries but couldn't build on the time he spent in the middle.

Before the dust settled, Bangladesh's leading wicket-taker Rakibul Hasan sent skipper Priyam Garg back to the hut for just 7 and the entire responsibility of taking India forward to a competitive total fell on the shoulders of Jaiswal. The left-handed opener was slowly starting to take the attack to Bangladesh bowlers and had scored eight fours and a six in his innings before Shoriful returned to had him caught at short mid-wicket. Jaiswal might have missed out on a century but he ended the tournament with 400 runs, scored at an average of 133.3.

Siddhesh Veer was pinned right in front of the leg stump before Dhruv Jurel (22) was involved in a comical run-out with Atharva Ankolekar and India were reduced to 168 for 6. Avishek took three scalps, while Shoriful and Tanzim too finished with two wickets each as India lost their last seven wickets for just 21 runs.

In response, Tanzid Hasan and Emon got off to a positive start and made the most of the fact that Indian bowlers were under pressure. Kartik Tyagi and Sushant Mishra tried way too many things and ended up bowling quite a few freebies. Bangladesh raced to 44 at the end of 8 overs and Indian captain Garg had to fall back to Bishnoi. Tanzid welcomed Bishnoi with a six but when he tried to replicate that shot two deliveries later, the left-hander couldn't get his timing right and was caught at long-on for 17.

Mahmudul Hasan Joy, who scored a century in the semi-final, couldn't read Bishnoi's googly and was knocked over for just 8. Meanwhile Emon, who was batting well at the other end, started struggling with cramps on his left leg and had to leave the field. With two new batsmen at the crease, it gave the Indian unit an opportunity to make a comeback in this encounter and Bishnoi and Co. grabbed it with both hands.

Towhid Hridoy (0) and Shahadat Hossain (1) looked clueless against Bishnoi and the legspinner had them in the space of two overs. While Hridoy was dismissed lbw, Shahadat was undone by Jurel's brilliance behind the stumps. Garg was fantastic with his bowling changes and kept the pressure on Bangladeshi batsmen.

There was a small partnership building between captain Akbar Ali and Shamim Hossain and Garg gave the ball to Sushant Mishra and the left-arm paceman from Jharkhand did the job for his team. Mishra straightaway went to his trademark short delivery and Shamim played a needless shot towards sweeper cover where Jaiswal took a good catch. Ali was fighting the lone battle and was joined by Avishek (5) who was their leading wicket-taker in the first innings. Avishek was dropped twice and also survived a run out but couldn't cash in on that and became Mishra's second victim.

Ali was running out of partners but in walked Emon and played a couple of solid drives despite struggling with cramps. The two still couldn't figure out Bishnoi and were extra cautious against him. The duo added 41 runs and it looked like they would take the game away from the home side when Emon went for the glorious drive off Jaiswal's bowling and was caught at cover. Ali and Rakibul aware of the fact that the rain was around the corner are hardly took any chances and were more than happy to just play out the overs.

With 15 runs needed, the rain intervened and when the match resumed after the short break, all Bangladesh needed were seven runs to create history. It was Rakibul who lofted one towards deep mid-wicket and brought the curtains down on their historic campaign.