U19 WC - India hammer Pakistan to reach their seventh final 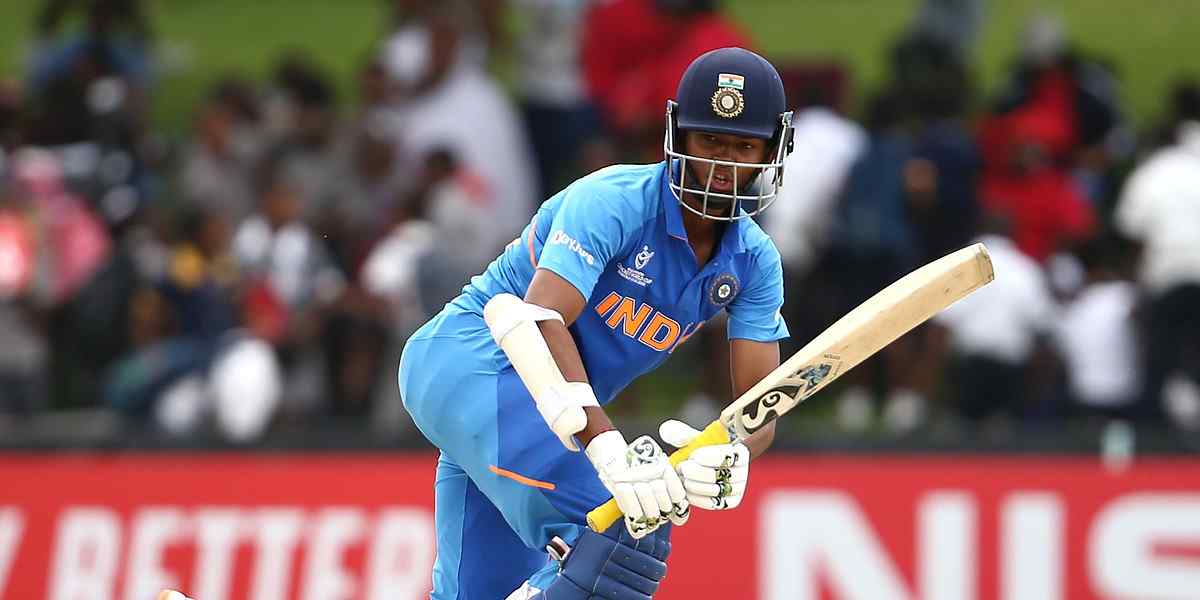 U19 WC - India hammer Pakistan to reach their seventh final

After bowling Pakistan out for 172, Indian openers Jaiswal and Saxena got the job done with utmost ease

An all-round bowling performance, followed by an unbeaten 176-run opening stand between Yashasvi Jaiswal and Divyansh Saxena helped India annihilate their arch-rivals Pakistan by 10 wickets in the semi-final of the 2020 Under-19 World Cup at Senwes Park in Potchefstroom on Tuesday (February 4). This is the seventh time India have made it to the final of a World Cup.

Opting to bat, Haider Ali (56) and Rohail Nazir (62) scored half-centuries but Pakistan lost their last six wickets for just 26 runs and were bowled out for 172 in 43.2 overs. The left-arm paceman from Jharkhand, Sushant Mishra finished with three wickets, while Kartik Tyagi and Ravi Bishnoi took two wickets each.

In response, Indian openers Jaiswal and Saxena chased down the total in 35.2 overs. Jaiswal, who already had three fifties to his name in this tournament, smacked eight fours and four sixes in his 113-ball 105*. Meanwhile, Saxena remained unbeaten on 59 as the two got the job done with utmost ease.

Earlier, both Tyagi and Mishra got enough movement off the surface and it was the latter who struck the first blow. Mohammad Huraira, who scored a solid 64 against Afghanistan in the quarter-final, got off the mark with a superb flick but when he tried to pull Mishra's back of a length delivery, the right-handed batsman got hurried and ended up top-edging it straight into the hands of the square leg fielder.

Haider however looked in good touch and did almost all the scoring for Pakistan in the first 10 overs. Mishra troubled him a bit with his short deliveries but the right-handed opener did well to survive his spell and played some good-looking shots through the off-side. Meanwhile, No. 3 batsman Fahad Munir never looked comfortable and couldn't get off the mark in 15 deliveries, before he finally ran out of patience. The left-hander went for a desperate heave against Bishnoi (2 for 46), only to end up mistiming it to the fielder at backward point.

Having been reduced to 34 for 2, Haider finally found an able ally in Nazir and the two brought some stability to Pakistan's innings. The two however weren't scoring at a great rate, allowing Indian bowlers to bowl with freedom. Haider got to his fifty with a boundary off Bishnoi's bowling but Pakistan were still scoring at less than four runs per over.

The two had added 64 runs for the third wicket when skipper Priyam Garg turned to Jaiswal and the legspinner did the job for his team in his very first over. Haider tried to go after Jaiswal but smashed one straight into the hands of the backward point fielder when he was on 56. Coming in at No. 5, Qasim Akram couldn't contribute much and was run out for just 9. The 17-year-old has been dismissed only twice in this tournament and both the times he has been run out.

Nazir kept one end intact but with wickets falling at the other end, the right-hander couldn't shift gears. Mohammad Haris (15-ball 21) announced his arrival by tonking Bishnoi for a maximum over cow corner and was batting with intent. Haris tried to build on that momentum but just when it looked like the tide was turning in Pakistan's favour, Saxena pulled off a blinder at deep mid-wicket to send Haris back to the hut. Pakistan lost four wickets in the space of 10 overs (30-40) and Nazir soon started to run out of partners.

The Pakistan captain got to his fifty but found no support from the other end. Nazir, who hit six fours during his stay in the middle, tried to take on the bowlers but fell to Mishra whose short-ball ploy once again did the trick for him and his team.

Having been bowled out for a below-par total, the onus was once again on the Pakistan bowlers to make a match out of it. With run-rate not being an issue, both Jaiswal and Saxena didn't take any unnecessary risk and kept the scoreboard ticking with ones and twos. The two batsmen pounced on every bad delivery and ensured Pakistan never got a chance to make a comeback in this encounter.

Pakistan captain tried every option available in his arsenal but simply couldn't break this partnership. There was hardly any assistance available for the bowlers and both Jaiswal and Saxena made the most of it. The two left-handers finally opened their shoulders against the left-arm spinner Aamir Ali and in the process, Jaiswal also brought up his fifty. Meanwhile, Saxena was slightly more sedate with his approach and it took him 83 deliveries to get to his half-century.

The moment Saxena got to his fifty, Jaiswal changed gears and smoked Abbas Afridi for two sixes and a four in one over. It was only fitting that Jaiswal hit the winning six and also completed his century.

India are now just one step away from lifting their fifth title and will play the winner of the second semi-final (New Zealand v Bangladesh) in the final at the same venue on Sunday. 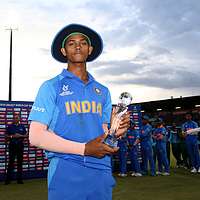