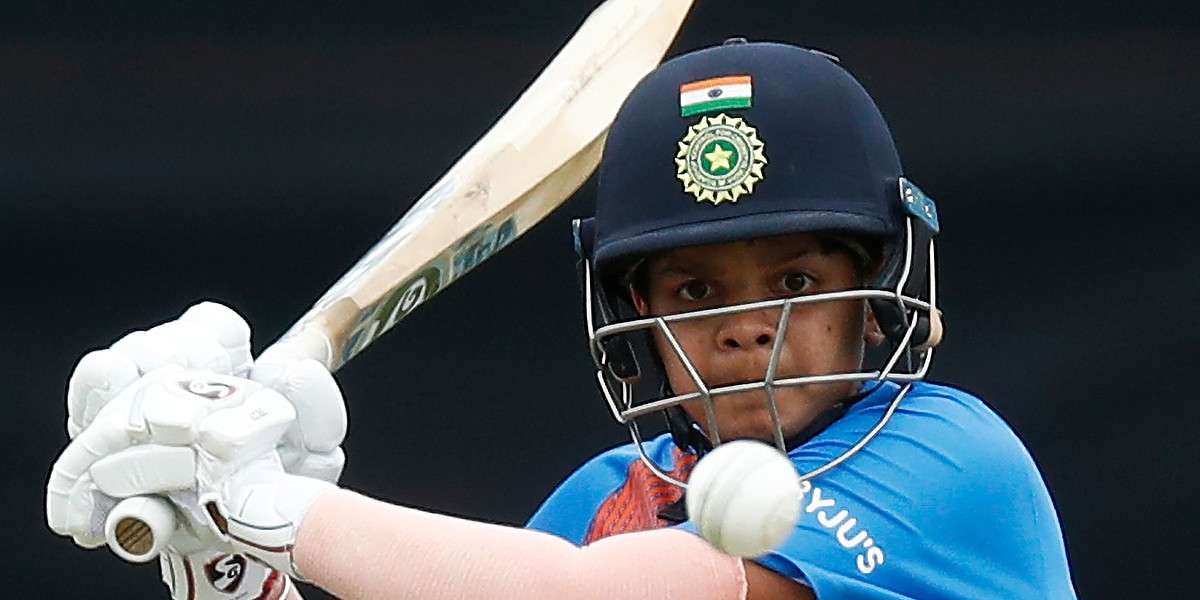 Left-arm spinners Radha Yadav (4 for 23) and Rajeshwari Gayakwad (2 for 18) starred with the ball before Shafali Verma hammered 34-ball 47 to help India smash Sri Lanka by seven wickets in their final group-stage encounter of the 2020 ICC Women's T20 World Cup at the Junction Oval in Melbourne on Saturday (February 29). India remained unbeaten in the league stage, while Sri Lanka are now officially out of the tournament.

Opting to bat, Sri Lankan captain Chamari Athapaththu looked free-flowing during her stay in the middle, scoring 33 off 24. However, the other batters once again offered no help but the Islanders somehow managed to get to 113/9 in 20 overs, courtesy Kavisha Dilhari (16-ball 25*). In response, Sri Lanka were horrible in the field and all it took India were 14.4 overs to chase down the total.

Earlier, Sri Lanka made quite a few changes in their batting order. The ploy of sending out Umesha Thimashini to open the innings with Chamari Athapaththu didn't work as offspinner Deepti Sharma got rid of her only in the third over. Thimashini could only manage 2 runs before she was caught at backward point while trying to heave one over covers.

Harshitha Madavi, who batted at No. 8 against Australia, walked in at No. 3 but as expected, it was Athapaththu doing the majority of the scoring. The left-handed opener, who is Sri Lanka's leading run-scorer and wicket-taker since 2019, got the ball rolling with her trademark sweep off Deepti before tonking one over Shikha Pandey's head in the very next over. While Athapaththu was operating with the utmost ease, she didn't find much support from the other end.

After Madavi (12) was knocked over by Gayakwad, Athapaththu welcomed Radha Yadav with a maximum over deep mid-wicket, putting the pressure on the left-arm spinner from the word go. However, on the very next delivery which was actually a half-tracker, Athapaththu ended up smashing it straight down deep square leg's throat. Radha, who has taken at least one wicket in each of her last 23 T20I innings, then accounted for Hansima Karunaratne (7) and Hasini Perera (7) in her next two overs and reduced Sri Lanka to 75 for 5.

Harmanpreet might have had a poor World Cup with the bat so far but she has been exceptional with her bowling changes. She has used Deepti in the first six overs and then has rotated Poonam Yadav, Gayakwad and Radha in the middle overs, depending on the situation and batters.

At one stage, it looked like Sri Lanka wouldn't even get past the 100-run mark but Dilhari chipped in with a little cameo and ensured Sri Lankan bowlers had something to defend.

Sri Lanka needed early wickets to put some pressure on India but things went from bad to worse in the second innings as Shafali was dropped twice inside the first three overs and the Indian openers made them pay. Smriti Mandhana played a couple of eye-pleasing shots down the ground as India raced to 33 for no loss in four overs. Just when it looked like Mandhana was getting back to her best, the left-hander mistimed Udeshika Prabodhani's full-length delivery and was caught at mid-on for 12-ball 17.

It was after Mandhana's departure, Shafali got her timing right and smoked Shashikala Siriwardene for two fours and a six in the final over of the powerplay. Shafali, who has the best strike rate in Women's T20Is (minimum 300 runs), got quite a few freebies from the Sri Lankan bowlers and she made the most of it. She was joined by Harmanpreet who promoted herself to No. 3 to get back amongst runs ahead of the semi-final.

The Indian captain, who hasn't managed a single 50-plus score in T20Is since that 103 against New Zealand in the 2018 T20 World Cup, started well by smashing her opposite number Athapaththu for three consecutive boundaries but fell prey to Siriwardene after scoring 15. Shafali once again failed to get to fifty as she was run out three runs short of the milestone. However, Jemimah Rodrigues (15*) and Deepti (15*) ensured there were no further hiccups and India got over the line comfortably.