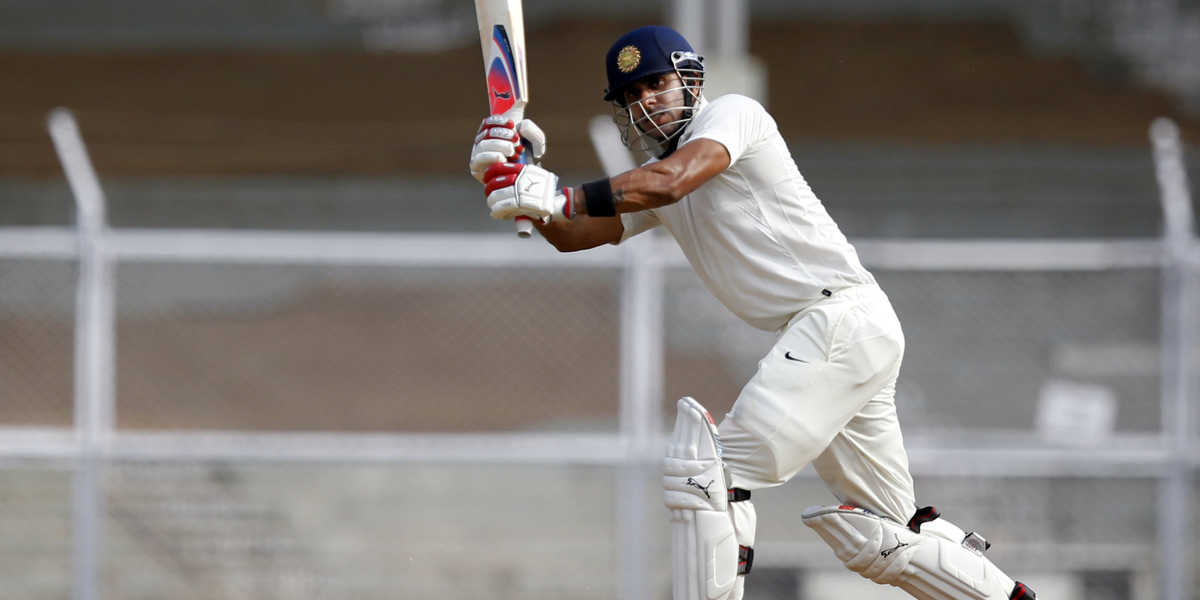 The IPL snub was "hard to digest", out-of-favour India batsman Manoj Tiwary said after his monumental triple ton in a Ranji Trophy game here on Monday.

Tiwary made an unbeaten 303 for Bengal against Hyderabad but, at 34, and given the Indian team's settled look, even this may not be enough for a national comeback.

"It was difficult to digest the fact (IPL snub). But that's the reality. Obviously, it feels bad when you see so many youngsters playing and I sit back at home watching. Those shots I could have hit. It's the harsh reality for me," Tiwary said.

"The franchise management looked for something different."

Tiwary became only the second player from Bengal, after Devang Gandhi (323), to score a triple ton.

He preferred to remain optimistic, urging the selectors to look at his consistency and quality.

"At the moment India are winning. It's difficult with the way India are shaping right now. But anything is possible in this world.

"Confidence is my strength. I always have to keep hope. Age is just a number for me," the 34-year-old said after his unbeaten knock.

Pointing to his 46 against Andhra on a Eden Gardens greentop, Tiwary said selectors often go for individual brilliance rather than seeing the quality of knocks.

"It was quite special. Even India Test batsman Hanuma Vihari (23) failed there. If it was difficult for him, then it would have been more difficult for us. it was challenging conditions. So it's about the quality of knocks.

"It's difficult to say about my comeback... I cannot select myself. But for someone with 8000-plus runs (8752) at 50-plus average (in first class cricket), you should see the consistency, the quality of knocks and not just individual brilliance."

Spending 10 hours and 30 minutes at the crease before Bengal declared at 635 for seven, Tiwary struck 30 fours and five sixes in his knock.

"I have always believed in my abilities and hard work and my job is to keep scoring runs and win for the team," said Tiwary, who last played for India in 2015, when a second-string national side toured Zimbabwe for an ODI series.

Before that, Tiwary was given a short run in the ODIs during the 2011-12 season, a time when he notched up a 104 against the West Indies in Chennai before being left out.

Tiwary had last expressed his frustration after he was ignored for the four-day matches against South Africa A, the three-team Duleep Trophy, and the quadrangular series involving Australia A and South Africa A.

Tiwary did not feature in any of the side despite scoring well in the 2017-18 domestic season when he aggregated 507 runs at 126.7 - the highest-ever List-A average in a single domestic season in India.

He also averaged more than 100 in both the Vijay Hazare Trophy and the Deodhar Trophy, a feat that no other batsman has achieved in a season.

Tiwary dedicated the knock to his one and half year old son Yuvaan, whose name was inscribed prominently on his bat.

"This knock is very special for my family and to my son especially. Whatever I do now is for Yuvaan. He has been lucky for me. This knock also came from the bat with Yuvaan's name," he said.

"I would rate this behind my 104 -- that was for India (against West Indies). But first 300, pretty happy. I played in a crucial and difficult situation in the morning.

"My role was important to hang in there and see off the new ball. It's a milestone I will cherish forever," he said as he had a muted celebration after reaching the landmark.

In the morning, with Tiwary on 156, coach and mentor Arun Lal had reminded him of Gandhi's 323.

"I never wanted to surpass his record... He has done so much for Bengal, let him be there. I'm happy getting 303... I will get many chances," Tiwary concluded.