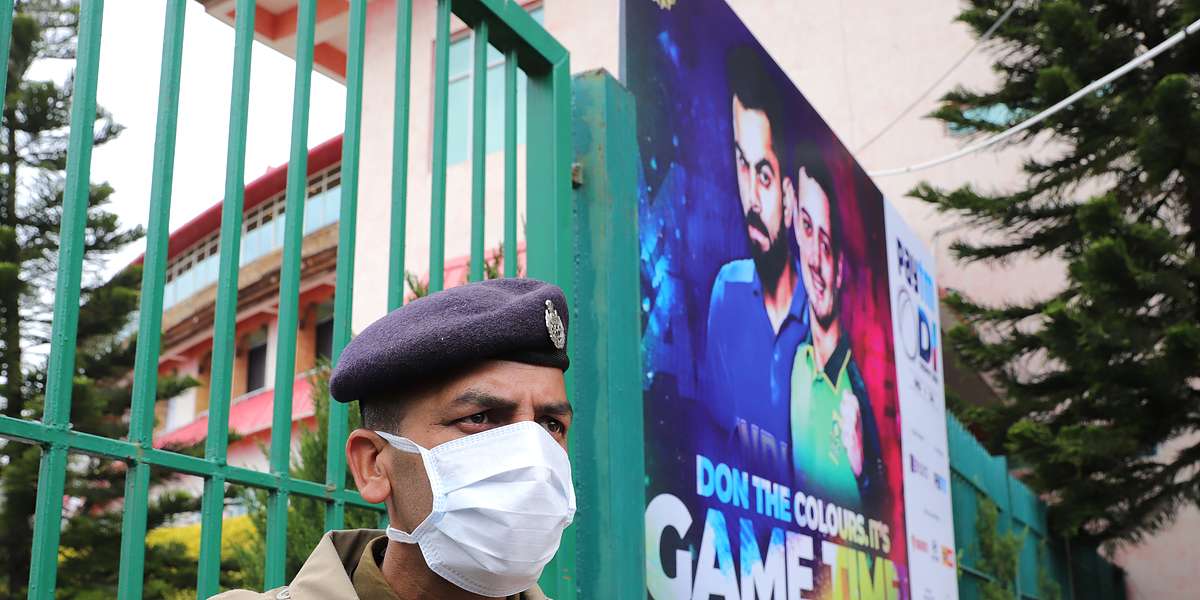 India's ODI series against South Africa stood cancelled, the IPL was pushed back by a fortnight while there were postponements galore in other sports as the COVID-19 pandemic threw the country's sporting calendar into unprecedented disarray.

A day after the sports ministry ordered that fans be locked out of sporting events in a desperate bid to halt the deadly coronavirus spread, an under-pressure BCCI finally relented and on Friday postponed the start of its most glitzy event from March 29 to April 15.

Hours later, the Board also decided to call off India's remaining two ODIs against South Africa in Lucknow (March 15) and Kolkata (March 18) citing the pandemic, which has led to over 5,000 deaths globally. The BCCI later issued a statement to say that the series will be rescheduled at later dates.

India has recorded more than 80 positive cases, including one death.

Other sports were also in closure mode to ensure compliance with government guidelines.

The remainder of the national football league was officially declared out of bounds for fans, the chess federation and the golf body suspended all action for the next one month, while the fate of badminton's India Open hung in balance after host Delhi's government banned all sporting activity for a month.

The India Open is scheduled to start March 24.

The IPL, which has been the subject of most intense speculation ever since sporting events began taking a hit because of the virus, will have a meeting of its Governing Council in Mumbai on Saturday where the officialdom will thrash out the league's format in view of the changed schedule.

A decision to have it in empty stadiums is also likely to be ratified at the meet.

"The BCCI is concerned and sensitive about all its stakeholders, and public health in general, and it is taking all necessary steps to ensure that, all people related to IPL including fans have a safe cricketing experience," read a statement from Board Secretary Jay Shah.

There is a possibility that the tournament will feature more double-headers than previously planned and at least five optional venues are being kept ready after state governments of Maharashtra, Karnataka along with Delhi refused permission for the games.

In case of a closed-door event and restricted public appearances by players, the franchises are bound to lose out on a lot of sponsorship money as well as the gate collections.

Star Sports, which has paid a whopping Rs 16,347 crore for five years (nearly Rs 5500 crore per year) for broadcast rights, might re-negotiate the deal with the BCCI in case of a curtailed IPL.

Elsewhere, all the remaining 28 matches of the I-League, including Sunday's marquee Kolkata derby between champions Mohun Bagan and East Bengal, were made off-limits for fans by the All India Football Federation.

The decision was taken after the AIFF and I-League officials had a Skype meeting with club representatives.

In another development, top shuttlers from across the world hit out at the Badminton World Federation (BWF) for taking the novel coronavirus outbreak "too lightly" and putting them at "risk" by going ahead with its international tournaments.

International stars, including London Olympics bronze-medallist Saina Nehwal, former World No.1 Kidambi Srikanth and ex-top 10 players such as Hans-Kristian Vittinghus, Paruapalli Kashyap and Jan O Jorgensen expressed their concerns and asked the BWF to suspend all its upcoming tournaments.

"I honestly don't get it! We should not be travelling the world playing badminton," Denmark's Vittinghus, a former World No.8, said in a post on his social media accounts.

Internationally, England's ongoing tour of Sri Lanka was abandoned, while the Australian women's limited overs tour of South Africa, starting on March 22, was called off.

Australian fast bowler Kane Richardson created a flutter by undergoing tests for COVID-19 but was cleared.

The right-arm pacer, who returned with the Australian team from South Africa earlier this week, had informed the medical staff of a sore throat on Thursday and was then sent for precautionary testing.

Across the border in Pakistan, nine foreign cricketers, including the English trio of Jason Roy, Alex Hales and James Vince, decided to leave the Pakistan Super League and return home owing to the pandemic.