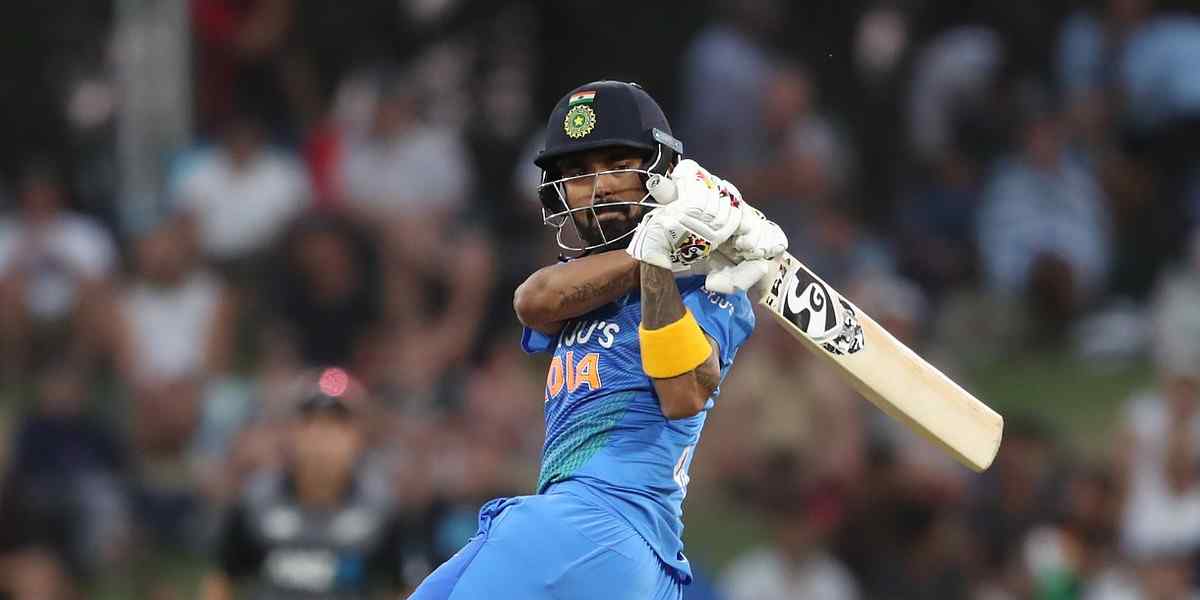 Rohit has been ruled out of the remainder of the tour, while the Black Caps too will be without Williamson

"ODIs this year could be used for World T20 preparation."

Head coach Ravi Shastri has already given a hint on how India will be treating ODIs this year. The Men is Blue whitewashed New Zealand 5-0 in the T20I series and the focus now shifts to the three-match ODI series starting on Wednesday (February 5) in Hamilton. As much as India would want to continue their winning run, Virat Kohli and Co. will also have one eye on this year's T20 World Cup.

The Indian team management will be pleased with the way this team performed in the T20Is. Both Rohit Sharma and Kohli didn't contribute in all the matches but the likes of KL Rahul, Shreyas Iyer and Manish Pandey stepped up and did the job for their team. The scoreline could have easily been 3-2 in New Zealand's favour but the Indian bowlers showed nerves of steel and snatched three back-to-back victories from jaws of defeat.

Rohit Sharma has been ruled out of the rest of the tour of New Zealand after the Mumbai batsman injured his calf in the final T20I and Rahul had to take over the captaincy. India have included Mayank Agarwal in their squad and Kohli has confirmed that both Agarwal and Prithvi Shaw will make their debuts in the first ODI. This will also allow India to play Rahul at No. 5 and manage his workload, as they did against Australia. From opening the innings to batting in the middle-order to donning the wicketkeeping gloves, and now leading the side in the final T20I, Rahul has done almost everything in the last 20 days.

The Karnataka lad has accepted all the challenges with open arms and has aced all of them with flying colours. Rahul has been in spectacular form in white-ball cricket in the last few months and has performed at all levels on a consistent basis. No other Indian batsman has scored more runs than Rahul in T20Is since January 2019, while in ODIs, the 27-year-old has scored over 700 runs in 16 innings at an average of almost 48. He has scored 325 runs in his last five ODIs, including two fifties and a century. Keeping his workload in mind, the team management did speak about batting him at No. 5 and giving him the responsibility of finishing the innings.

Meanwhile, Kohli would be pleased with the way his team defeated New Zealand in the T20Is but the Indian captain himself didn't have a great series with the bat. Kohli only managed 105 runs in four encounters at an average of 26.25. The 31-year-old will now look to turn things around in ODIs, a format that he has dominated in the last 10 years. Only Rohit (1661) has scored more runs than Kohli in ODIs (1560) since the start of 2019. He also has a solid record against New Zealand in ODIs. The right-hander has scored 1303 runs in 23 innings at an average of 65.15 and a strike rate of 96.1. No other batsman averages more against the Black Caps in ODIs than Kohli (minimum 1000 runs). Even in New Zealand, the batting maestro has scored 521 runs at 57.89.

In the long run, India have also got themselves a solid middle-order. If Rahul does bat at No. 5, he will have Iyer and Pandey batting around him. The latter has only played two ODIs since 2019 but will now become a regular member of the ODI side with Rishabh Pant out of contention at least for the time being. Meanwhile, Iyer has made that infamous No. 4 spot his own with five 40-plus scores in his last eight ODI innings. The all-rounder spot will be taken by Ravindra Jadeja who has done well against New Zealand in the past. The left-hander averages over 43 with the bat against the Black Caps and has also scalped six wickets in nine games. In New Zealand, his batting average goes up to 48.33.

The bowling attack will be led by Jasprit Bumrah who was outstanding in the T20I series, barring one match. Making his return from an injury, Bumrah didn't pick up as many wickets as other bowlers but the New Zealand camp didn't shy away from accepting the fact that he was the biggest difference between the two sides. He will find enough support from Navdeep Saini, Shardul Thakur and Mohammed Shami who has picked up the most number of wickets in ODIs in the last 13 months. In the spin department, Yuzvendra Chahal played all the T20Is but when it comes to the 50-over format, India might turn back to Kuldeep Yadav who has been preferred over the right-arm legspinner in the last few months.

Meanwhile, New Zealand would have ended up on the right side of the result in the T20I series if they would have managed to keep their composure. They lost the first two T20Is by convincing margins but messed up big time in the last three games. They failed to score 3 off 5 and 3 off 4 in the third and fourth T20I respectively and then lost both the games in the Super Over. In the last T20I, all they needed were 57 runs in nine overs but the home team still managed to find a way to lose that match by seven runs. New Zealand are developing a habit of losing matches from winning positions and they would want this trend to stop before people officially start associating them with that C-term.

The home side suffered a blow ahead of the series after their star-batsman and skipper Kane Williamson was ruled out of the opening two ODIs of the series with a shoulder injury. In his absence, wicketkeeper-batsman Tom Latham will lead the side and they have also called up Mark Chapman as his replacement.

New Zealand depend a lot on Williamson and Ross Taylor when it comes to their batting. Both these two average over 55 in ODIs in the last 13 months and have scored over 900 runs. Now with Williamson out, Taylor will have to play even a bigger role and hold that middle order together along with Latham. The latter however has struggled to get going in ODIs since 2019 but will look to start 2020 on a solid note. Meanwhile, Martin Guptill and Henry Nicholls have come up with few outstanding innings but the two haven't been consistent enough.

New Zealand's strength largely lie on the all-rounders they possess. Jimmy Neesham has contributed with both bat and ball in the last one year and the 29-year-old is the only player to score over 400 runs and pick up over 20 wickets in this time frame. With a batting average of 43.60 and a bowling average of 20.84, Neesham has the highest average difference (22.76) among all players (minimum 100 runs and 20 wickets). Meanwhile, Colin de Grandhomme and Mitchell Santner who had an ordinary T20I series will have to step up if they want New Zealand to do well.

In the bowling department, New Zealand have struggled a lot in the absence of Trent Boult, Lockie Ferguson and Matt Henry. Tim Southee hasn't been at his best, while the likes of Hamish Bennett and Scott Kuggeleijn simply couldn't trouble the Indian batsmen in the recently concluded series.

The last time these two teams met in an ODI was in the 2019 World Cup semifinal where New Zealand got the better of India. While Kohli has already suggested that "even if you want to think of revenge, these guys are so nice, you can't get into that zone", India will look to keep their unbeaten run going and not take their foot off the pedal at all.