India's batting was bit of surprise but they will come hard: Gary Stead 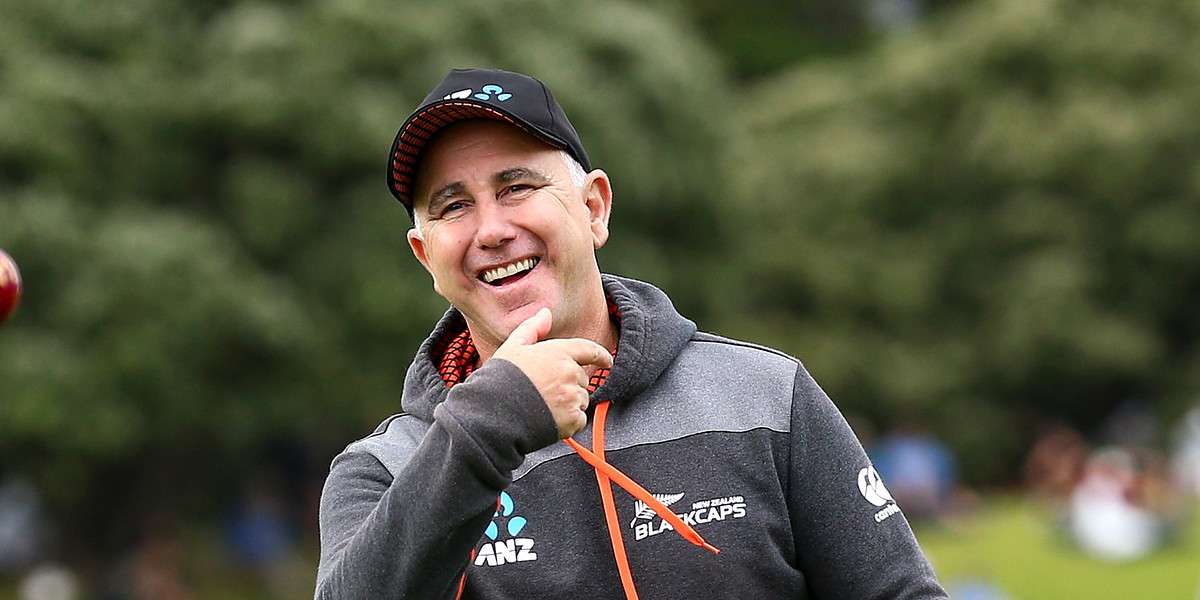 India's batting was bit of surprise but they will come hard: Gary Stead

New Zealand coach Gary Stead said he was a bit surprised by India's abject surrender in the first Test but is expecting a strong comeback in Christchurch.

India were all out for 165 and 191 in the two innings of the opening Test, leading to a 10-wicket drubbing in just over three days.

"It was a bit of a surprise but it was also due to the pressure we put on those guys for long periods of time. You get Trent and Tim to operate in our conditions and both were outstanding," Stead told reporters.

"Trent's freshness after being out for eight weeks added spark."

The head coach also had a subtle warning for the Indian team, saying touring New Zealand could be as tough as playing in some of the other countries.

"We want teams to believe that it is as tough in New Zealand as it is playing anywhere else in the world. That's a pride thing."

Getting Ajinkya Rahane cheaply on the fourth morning was the clincher for Stead. After that, he knew that New Zealand would wrap it up quickly.

"Guess picked up wickets at critical times in the match. We got Rahane out and it was the catalyst of the belief," he said.

India captain Virat Kohli had expressed a desire for his batsmen to come out with a positive approach, and Stead feels that a world class side like India would like to dominate the proceedings.

"I expect Indian batsmen trying to dominate more and that will be a challenge for our bowlers because a world class side like India will come back hard."

Neil Wagner is back for the second Test after the birth of his first child and there is a possibility that the home team will go in with four specialist seamers in bowling friendly conditions at the Hagley Oval.

"That's always good selection dilemma to have as Neil Wagner is coming back. Kyle Jamieson made most of his debut in the outstanding manner that he played. Neil will be back (in the eleven) with us without a doubt," Stead said.

Asked if left-arm spinner Ajaz Patel will be dropped from the XI, Stead didn't want to spell it out in as many words, even though that's an imminent possibility.

"We will always consider that (four seamers plus Colin de Grandhomme) as an option after looking at the wicket. I don't want to make assumptions but yes, wicket at Hagley (Christchurch) has a wee bit in it also.

"We have seen that guys like Colin de Grandhomme can be very, very useful on this sort of a track. Whoever gets a chance needs to put up a performance like the first game because India will get better," Stead said.

Asked if the 60 points earned puts them in a good place in the World Test Championship table, Stead didn't want to look that far ahead.

"Looking too far ahead would be dangerous for us. The next Test is only thing we can focus now. After this we play the next Test series in August. It is an away series in Bangladesh and completely different," he signed off.

Indian batsmen threw their hands at ball like they do in India: Craig McMillan

Former New Zealand all-rounder Craig McMillan said Indian batsmen "throwing their hands at the ball like they do in India" will not work.

Indian batter's inadequacies in adverse conditions were exposed as they crashed to an embarrassing 10-wicket defeat in just over three days in the opening Test.

"They didn't make any adjustments in the way they played, they threw their hands at the ball like they do in India," he told Radio Sport.

"When the ball doesn't bounce above knee high you can get away with some of those shots - in New Zealand you don't."

"When the ball's swinging, and it did for most of that Wellington Test, Boult and Southee are geniuses," he said.

He rated it "a terrific performance" from the Black Caps.

"I haven't seen India, the number one Test side in the world, dismantled like they were over those four days in Wellington," he said.

New Zealand's drubbing of India was hailed as one of the best in Black Caps' history by the media here.

"Rare are the Tests in which the Black Caps beat the world's number one Test side," the New Zealand Herald wrote.

"To do so against a team who had won seven straight Tests, each by a massive margin, makes it even more impressive."

News website Stuff.co.nz pointed out that New Zealand entered the match after a 0-3 humiliation in their last series in Australia, making the win against India even more significant.

The result means New Zealand head into their next match in Christchurch with the chance of claiming a rare Test series sweep over India.

The last time it happened was in 2002 when they swept a two-Test series at home.