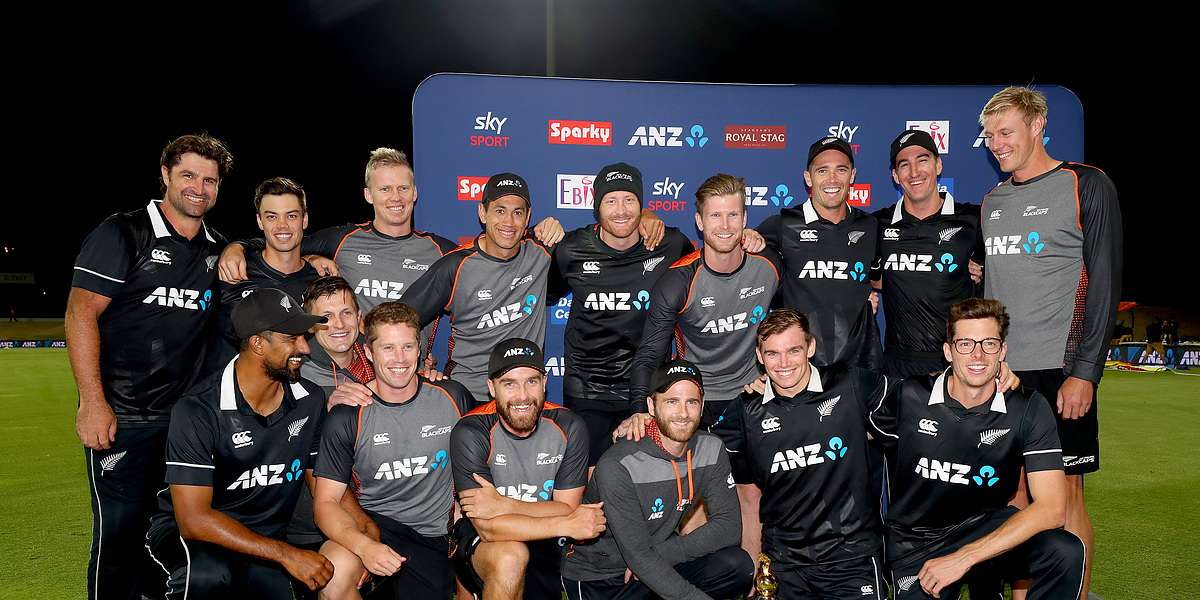 New Zealand generally is not known to be a team of too many superstars but a side with utility players who come together to produce the desired outcome. A Colin de Grandhomme cameo in the third ODI in Mount Maunganui defined the model of the Kiwi cricket team. The all-rounder came in to bat at a crunch situation, when the India bowlers had conceded only five runs in 15 balls resulting in James Neesham's dismissal and the required run-rate had crept up to 7.5. His 28-ball 58* finished the game in New Zealand's favor with 17 balls to spare.

For the India bowlers, there was carnage at both ends of the New Zealand innings. Martin Guptill plundered a 29-ball fifty to get New Zealand off to a flyer. For the third time in the series, Guptill and Henry Nicholls continued the sorry trend for the Indian bowlers where they have not been able to strike in the first 10 overs of the innings. The Blackcaps were 52 for no loss at the 10-over mark in the first ODI. In the second ODI, they were 54 for no loss and today they went a step further with a run-rate in excess of six - 65 for no loss - in the first powerplay.

Guptill, who averaged only 27 versus India before today, his worst against a Test playing nation he had faced in more than five ODIs, left the ghosts behind by scoring 79 in the previous ODI. Today, he was more punishing on the way to his 36th ODI fifty which included some captivating strokes - including an eye-catching flick for six off Navdeep Saini. As a result, New Zealand catapulted to 106 for no loss in 16.2 overs before Yuzvendra Chahal hit Guptill's off stump with a ripping leg-spinner.

Guptill's departure provided India with the opportunity to put some pressure on Kane Williamson and Henry Nicholls, both of whom kept the Indian bowlers at bay for 69 balls during which they added 53 runs. Before their partnership could lead to anything ominous, Chahal struck for the second time when Williamson chipped the ball to Mayank Agarwal at short mid-wicket in a tame dismissal.

New Zealand then lost the in-form Ross Taylor and a well set Henry Nicholls in quick succession, taken by Ravindra Jadeja and Shardul Thakur respectively, giving the visitors some breathing space in the game.

While India can be proud of their effort during the middle overs, it was the first and the last phase of the game where they faltered. This is the first time India failed to strike in the first 10 overs in each match of an ODI series. In comparison, India lost seven wickets in the first powerplay in the series.

India will also be disappointed with their death bowling in this series. Their death over economy-rate in this series was 8.3 runs per over, their second worst in a series since 2019. They will also be disheartened with their batting in the last 10 overs today. With two set batsmen in KL Rahul and Manish Pandey playing a majority of the last 10 overs, India could accumulate only 79 runs for three wickets. In response, New Zealand plundered 77 runs with 17 balls left.

However, India had some underlining positives to take from this series. The Men in Blue's innings today revolved around two youngsters who are slowly establishing themselves in India's middle-order which has been in the rebuilding phase for the past three years. KL Rahul's 112 and Shreyas Iyer's 62 helped India recover from a wobbly start which saw them crumble to 62 for three in the 13th over.

Iyer was joined by Rahul in the middle and the duo added 100 runs for the fourth wicket off 110 balls. When Iyer departed lobbing up an easy catch to Colin de Grandhomme at short mid-wicket, it was Manish Pandey's turn - another candidate for the middle-order - to accompany Rahul. The pair notched up 107 runs for the fifth wicket off 95 deliveries during which Rahul completed his fourth ODI ton and first as a middle-order batsman.

Earlier, Kane Williamson won the toss and elected to bowl first. Regaining match fitness, he walked into the XI along with Mitchell Santner with Tom Blundell and Mark Chapman making way for them. For India, Kedar Jadhav was benched in favor of Manish Pandey.

Mayank (1) had another failure as he was dismissed by Kyle Jamieson in the second over of the innings who pegged his off stump back. He was replaced by Kohli (9) in the middle who started positively and tonked Tim Southee for a six over long-on. However, his stay at the crease was curtailed by Hamish Bennett who got the India skipper caught at third-man to a miscued cut stroke.

Prithvi Shaw's run out put the visitors in a spot of bother. Mayank Agarwal and Virat Kohli had already succumbed to single-digit scores when a strong throw from Colin de Grandhomme caught Shaw short of his ground at the striker's end in pursuit of a tight second run.

The defeat led to India's first whitewash in ODI cricket since losing 0-3 to Sri Lanka in Sri Lanka in 1997. Henry Nicholls picked up the man-of-the-match award for a gritty knock of 80 while Ross Taylor was adjudged as man-of-the-series for his tally of 194 runs.