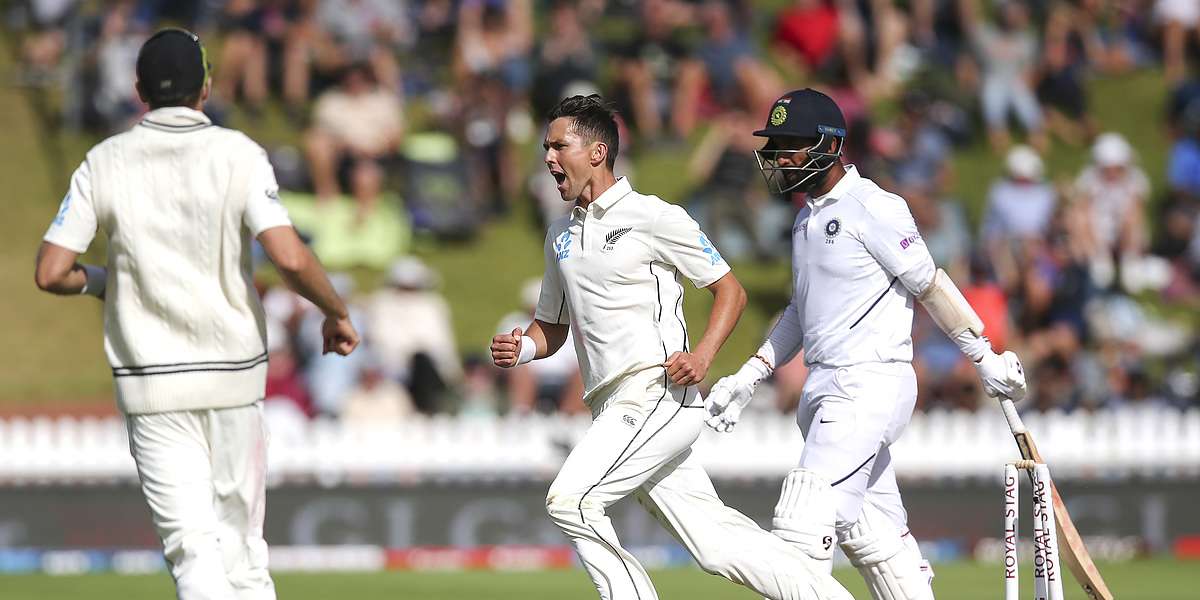 Cheteshwar Pujara out leaving the ball, Mayank Agarwal and Virat Kohli caught down the leg side, conceding runs to opponents’ lower order - it was another frustrating day for India in the Wellington Test where the visitors continued to struggle for momentum.

After two poor morning sessions, India had a dream start to the day’s play. Jasprit Bumrah broke the streak of 48 wicketless international overs by dismissing BJ Watling off the first ball of the day. Three overs later, Tim Southee gift-wrapped his wicket to Ishant Sharma timing an innocuous delivery outside the leg stump to Mohammed Shami at deep fine-leg. The scoreboard read 225 for seven and Indian team, who had now taken four wickets for 40 runs, could sight a comeback with New Zealand only 60 ahead, especially with the new ball around five overs away.

However, India’s Achilles Heel with the ball was exposed again. Colin de Gradhomme, batting with Kyle Jamieson, added 71 runs off 95 deliveries for the eighth wicket taking the game away from India.

The Indian bowlers, much like they did in the first innings, wasted the new ball again. De Grandhomme struck Bumrah for two boundaries in the first over with the new nut. The fifth over saw Ravichandran Ashwin introduced to the attack and the Jamieson took him to the cleaners with two sixes over cow-corner.

The brief short-ball ploy also failed terribly as Jamieson deposited two of them for maximums. In other words, the inexplicable short bowling only contributed in wasting the new ball.

When Jamieson and de Grandhomme finally departed for 44 and 43 respectively, New Zealand were already 145 runs ahead and Trent Boult was yet to have his share of fun. Coming in at 11, Boult hammered 38 off 24 balls stretching New Zealand's to 183. His antics, which included five fours and one six, put Ashwin out of the attack who was replaced by Ishant Sharma. Ishant responded to the captain's call by dismissing Boult, thus claiming his 11th five-wicket haul.

Boult, however, was not done. He went wicketless in the first innings but was a revelation in the second. The left-arm seamer picked three wickets, each one of them bowling from around-the-wicket. He started by exploiting Prithvi Shaw’s weakness against the moving ball dismissing him off an incoming delivery which Shaw recklessly played on the on-side to be caught by Tom Latham.

Generally known to exploit the full length region, Boult understood the lifeless nature of the track on Day 3 and pitched the ball in the back-of-length and short region. The two paced nature of the pitch kept the Indian batsmen in trouble and Boult ultimately accounted for the scalp of Prithvi Shaw and the big fish, Virat Kohli, who became the fourth batsman today to be caught down the leg-side.

Mayank Agarwal, though, remained unperturbed amidst the storm. He batted with assurance - severe on anything loose and watchful on anything pitched in the right channel. His 51-run stand for the second wicket with Pujara kept India afloat after Shaw’s early departure. Pujara, struggling through most part of his innings, could contribute only 11 runs in his 81-ball long stay at the crease. The duo remained unseparated for 145 balls. Kiwi skipper, Kane Williamson had to employ some funky tactics placing three men in the short cover region.

While Pujara’s defensive mindset did not hurt India, as it has done in the past, his resilience was ended by Boult - his only wicket off a fullish length today. Not only would Pujara be disappointed with the timing of his dismissal - last ball before Tea - but  his mode of dismissal was equally frustrating as he saw the ball crashing into his off-stump while shouldering arms.

The first hour post tea proved to be disastrous for India. Both - Mayank Agarwal (58) and Virat Kohli (19) suffered tame dismissals handing catching practice to BJ Watling down the leg side.

With the away side still 70 runs behind at the point of Kohli’s dismissal, Ajinkya Rahane and Hanuma Vihari batted with utmost cautiousness adding 31 runs in approximately 20 overs to ensure that there was no further damage. 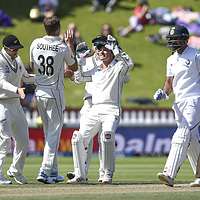 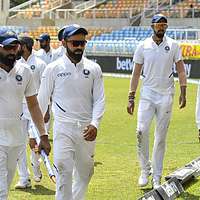