South Africa blown away by clinical Australia in the series-decider 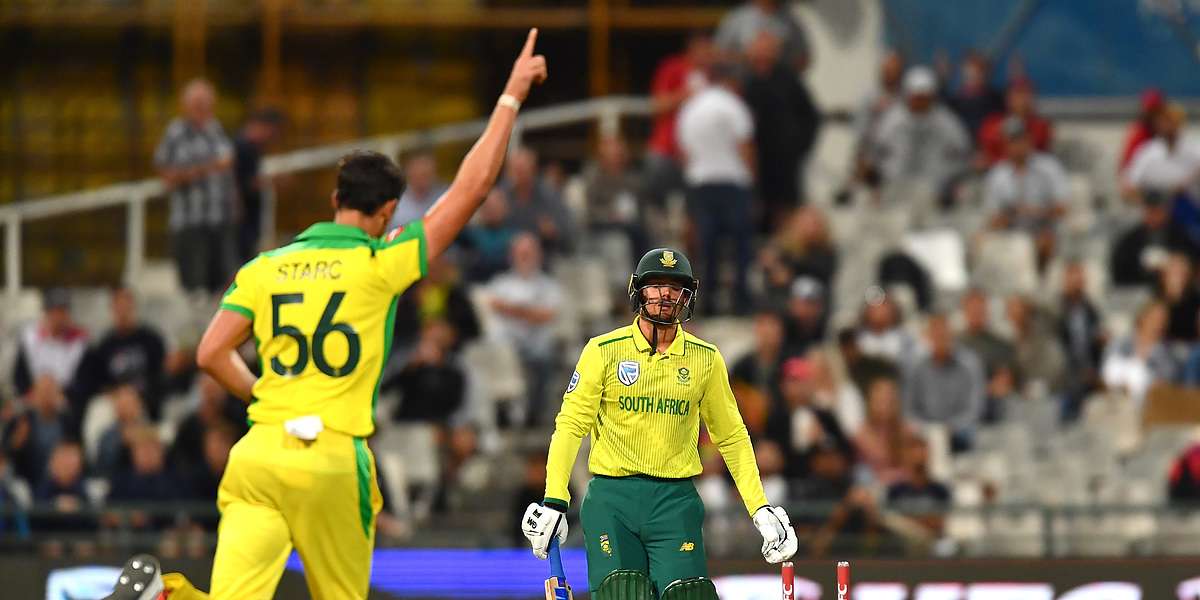 South Africa blown away by clinical Australia in the series-decider

When Australia and South Africa last met at the Newlands - with the series levelled 1-1 during the Test series in 2018 - Australia could not get past the home side despite using some deceitful measures which led to a year long suspension for David Warner and Steve Smith. This time around, the tables turned.

The hosts were no match against their Aussie counterparts succumbing to a 97-run defeat. Warner and Smith, marking their return to the Newlands after two long years played a part in their side's comprehensive series victory.

Australia started strongly on both fronts - batting and bowling. With the bat, Warner and skipper, Aaron Finch got Australia off to a rollicking start. thanks to their 100-plus opening stand, Australia notched up a formidable 193 for five. They lost their way in between but such was the impact of the Warmer-Finch stand, that Australia were never out of contention to post a match-winning total on a deck that was slowing down.

The pair added 120 runs in only 11.3 overs. They raised fifty in only four overs. The next fifty runs came off 29 deliveries. The Aussies cruised to 114 for no loss in 10 overs with both the batsmen. Although, once South Africa was able to break that partnership - through a canny short ball from Anrich Nortje - the hosts were able to put brakes on the scoring rate.

Australia scored only 59 runs in the next nine overs for the loss of five wickets. Kagiso Rabada conceded only eight from the penultimate over of the innings. But he will rue the no-ball against Steve Smith. Bowling a splendid yorker, Rabada was able to get the ball through Smith's legs and clatter into the stumps. But replays suggested he clearly overstepped the line which allowed the right-handed batsman to carry his innings.

Rabada still bowled an economical over but Smith made South Africa pay for the error. The former Australian skipper plundered 20 runs off the last over - bowled by Nortje - taking the Aussies to 193.

When it came to bowl, the Aussies once again dealt with a heavy punch first up. Mitchell Starc derailed South Africa's run-chase by castling Quinton de Kock in the first over of the run-chase. In what seemed like a replay of the first T20I, de Kock stayed leg-side of Starc's delivery which straightened a bit after pitching.

Knowing de Kock's contribution to South Africa's batting unit (45.3 percent of the runs since 2019), it will be fair to say that the southpaw's dismissal broke the back of South Africa's run-chase.

Starc also accounted for Faf du Plessis dismissal in his next over. The former Protea skipper chased edged a wide delivery from Starc which was taken by Adam Zampa stationed at third man.

Rassie van der Dussen and Heinrich Klaasen tried to resurrect the innings seeing off the powerplay phase without any further damage. Raising South Africa's 50, they also ensured a decent run-rate but with two of their most experienced batsmen back in the hut, the writing was on the wall for the Proteas.

The two batsmen did not enjoy the introduction of spin after the completion of powerplays. Both Klaasen and van der Dussen were dismissed one after the other in the eighth and the ninth over of the innings respectively. Pite van Biljon followed the suit failing to read a googly from Zampa as the hosts lost half their side at the end of the 10th over of the innings.

In what seemed like a formality, the visitors bundled out the rest of their opponents' batting line-up in a matter of 5.3 overs. Ashton Agar picked three wickets, Zampa scalped two underlining South Africa's perennial troubles against spin (a batting average of only 9.6 runs per wicket against spin this series). But in the end, it was the left-arm seamer, Starc who received the man-of-the-match award for three for 23 in 2.3 overs. Aaron Finch picked the man-of-the-series award for amassing 111 runs in three games.

Earlier, South Africa won the toss and elected to field. The hosts, surprisingly, kept Dale Steyn on bench. Fit again, Heinrich Klaasen came back in South Africa's XI at the cost of Reeza Hendricks. The move pushed Rassie van der Dussen back to partner Quinton de Kock at the top of the order. On the other hand, Australia remained unchanged. 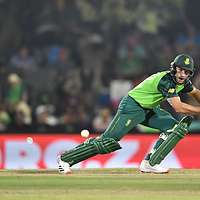 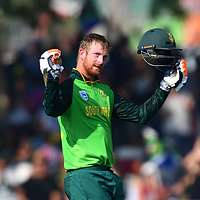