Another tight finish gives an unassailable lead to New Zealand 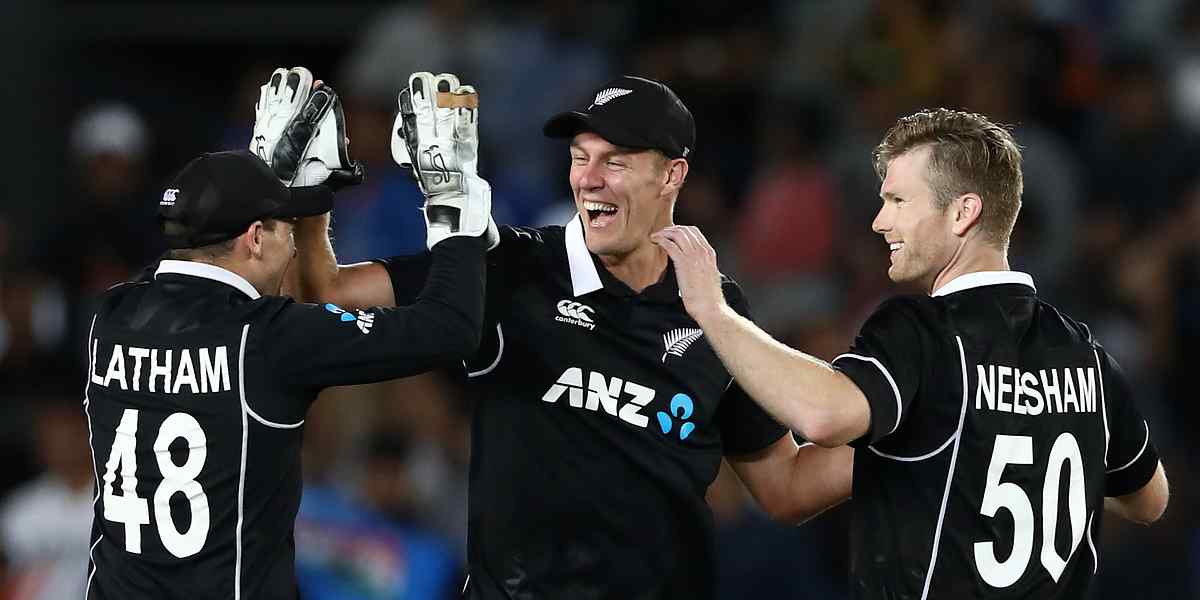 Another tight finish gives an unassailable lead to New Zealand

A bad 30-minute phase cost India the semi-final in the World Cup 2019. A few months later, far too many unnecessary dismissals off attacking shots cost India another must-win match against the same opposition.

India’s batsmen seemed to be caught in the 'chasing 270, thinking 350 syndrome'. In an unusually fragile batting display, India lost as many as three key wickets with batsmen displaying a lack of patience and offering their wickets to innocuous deliveries.

Similar to New Zealand’s innings, India’s lower order batted with purpose when first Navdeep Saini and then Yuzvendra Chahal added 76 and a crucial 22 respectively with Ravindra Jadeja, who once again batted his heart out.

Batting with maturity, Jadeja did not attempt any rash shot as he kept India in the hunt with an innings of 55 off 73 balls that included only two fours and a six. Saini, in an innings filled with numerous plays and misses, scored 45, his highest score across all formats in all versions of cricket.

If only one of the top six would have hung around with Jadeja, the story of the match and the series could have been very different for India.

The story for India did not change in the second ODI as Mayank Agarwal, tentative around the off-stump, nicked one off Hamish Bennett and was caught at slips for 3.

Joyful while it lasted, Prithvi Shaw dealt only in boundaries in his innings of 24 runs. Hitting shots all-round the ground, Shaw hit six sumptuous fours, most reminiscent of a similarly built former Indian-opener from Mumbai. After a good debut with the bat, Kyle Jamieson delivered with the ball, as an inswinger from him cleaned up Shaw.

A behemoth during ODI chases, Virat Kohli, started the rebuilding phase with Shreyas Iyer. Playing with caution, Kohli was particularly respectful to Jamieson, scoring two runs off the first 11 balls he faced against him. Using the cooler night conditions to their advantage, Tim Southee produced an inswinger this time that breached Kohli’s defences, denting India further.

As Iyer continued the fight, hitting seven fours and a six in his innings, Colin de Grandhomme, as he often does, produced a wicket-ball. Failing to continue his purple patch, KL Rahul tried to cut a ball that cramped him for room and was played on as India were reduced to 71/4.

In what looked like the final nail in the coffin then, Iyer, just after reaching his half-century, made room to attempt an almighty cut off Benett, only to find an outside edge through to the keeper. Playing clean strokes with ease during his knock of 52, Iyer’s choice of shot with 145 needed off 22.4 overs was questionable.

Before Iyer, Rahul and Kedar Jadhav fell while playing needless forcing shots. With India looking for a partnership after four early wickets, Jadhav lost his patience as he could not infuse any momentum to his innings. Stranded at 9 for 26 balls, Jadhav played a drive on the up straight to cover.

An unwell Southee completed his quota in the 25th over, earning key scalps of Kohli and Jadhav.

New Zealand did miss a quality bowler in the latter half of the innings but with the impact created in the first half, the writing was on the wall for India.

Shooting oneself in the foot is hurtful enough the first time. New Zealand however, did it twice today when first Ross Taylor and Martin Guptill attempted a run when Shardul Thakur, at short third-man, affected a clean collect and throw that enabled the run-out of the set Martin Guptill.

Later, Taylor and James Neesham attempted another quick single. This time taking over Jadeja at gully who once again proved quicker than the batsmen and hit the stumps direct to result in another run-out for the hosts on a benign track.

Taylor, even after the two misjudgements, proved the lynchpin for the Kiwis as he along with the debutant Jamieson added 76 unbeaten runs for the eighth wicket to propel the hosts to a fighting 273.

While there was a lot of talk over India’s ground fielding in recent matches, the fielders displayed a lot more discipline. The run-outs, especially the one of Guptill dented New Zealand’s quest towards a big total.

Missing his mark with yorkers throughout the game, Jasprit Bumrah had a forgetful day. He went wicket-less and conceded 64 runs, the most since 2018. India’s pacers were unable to close New Zealand’s innings even when the hosts were eight down in the 42nd over. Jamieson, struggling to rotate strike initially, used his long levers to good effect, he hit a six each off Thakur and Bumrah. Taylor meanwhile continued his form and remained 73*.

Jadeja was the most economical bowler for India as he gave away only 35 runs in his 10 overs, sucking the life out of New Zealand’s innings during the middle-overs. He also picked up the crucial wicket of Tom Latham, whose favourite shot against spin, the sweep, brought his downfall.

Chahal, in for Kuldeep Yadav, picked up three wickets – first to break the opening stand and the rest during the collapse. Saini, in for Mohammed Shami, was wicket-less but went for only 48 runs.

Kiwis had a solid start

There was a time for New Zealand when Colin Munro and Guptill formed one of the most fearsome opening pairs in the white-ball game. During the dismal campaign for the pair in the 2019 World Cup, they opted to replace Munro with the level headed Henry Nicholls. The move continues to make a difference as the new pair of Guptill and Nicholls provided back-to-back fifty-plus stands for the hosts.

Starting cautiously, the pair shifted the momentum after the fifth over. Bumrah had an average start as Guptill took a liking to him. Caressing the full balls, Guptill was particularly severe on the short balls as well. An upper-cut from the Kiwi opener off a bumper landed into the second tier – a testimony to the length of the straight boundaries at this venue.

Striking at the right time, India clawed their way back after picking wickets at regular intervals. First Nicholls was dismissed for 41 then later, Tom Blundell failed to clear mid-on off Thakur and fell for 22. Until his dismissal, he looked unfazed at the crease, playing drives and pulls with ease. However, in a clear attempt to increase the scoring rate, Blundell was ultra-aggressive in the five overs leading to his dismissal.