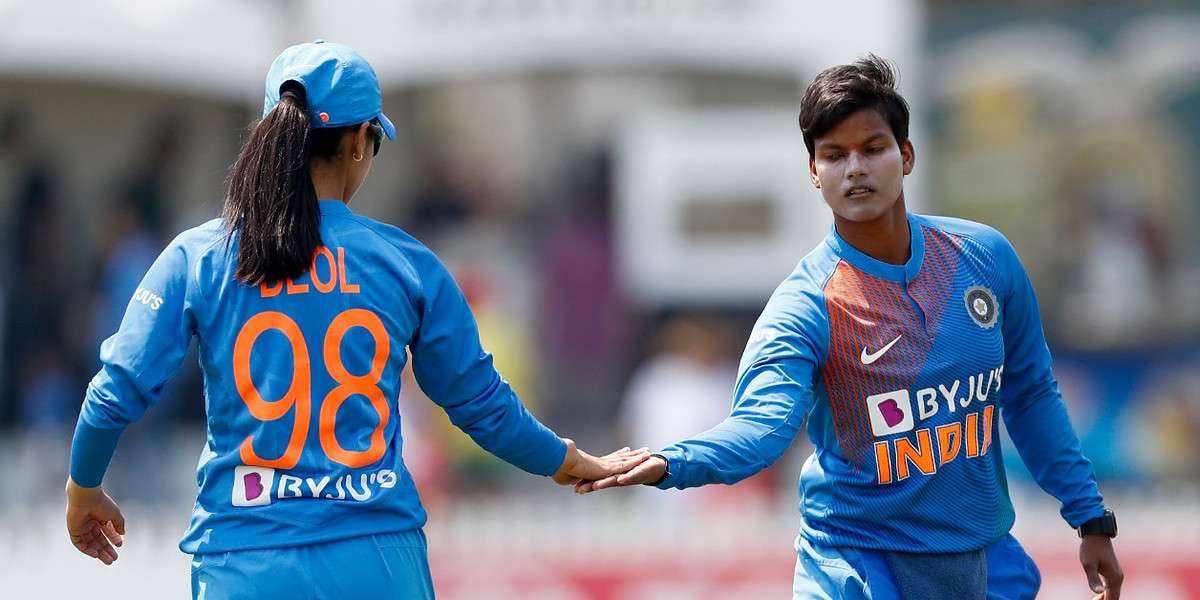 Here’s a look at the all-rounders and bowlers tasked to represent India at the showpiece event Down Under.

The Harmanpreet Kaur-led side will take on Australia in the 2020 Women's T20 World Cup opener in Sydney on Friday (February 21). India look solid on paper but getting through to the semi-finals will be a demanding task considering they are placed with Australia, Bangladesh, New Zealand and Sri Lanka in Group A.

All teams will play four league games each and two top sides from each Group will qualify for the top-four. India have made it to three semi-finals, including 2018, but have never qualified for the final since the inception of the tournament.

Here’s a look at the all-rounders and bowlers tasked to represent India at the showpiece event Down Under.

Pocket-sized dynamite! Don't go by her size, she is the same player who slammed 188 off 160 deliveries in an ODI against Ireland. She can bat at any position, can bowl tough overs and is a livewire on the field, Deepti is what you would call a "3-D" player. While she averages close to 40 with the bat in ODIs, Deepti doesn't get much of a chance to bat in T20Is. She generally bats at No. 6 or 7 in this format and that doesn't suit her game style. Deepti however has a superb record with the ball in T20Is. The off-spinner can bowl at any stage and has an economy of 5.7 in the powerplay - fifth-best among bowlers who have bowled a minimum of 40 overs. Deepti is not one of those who need specific roles to shine, just ask her to do something and she will do it. 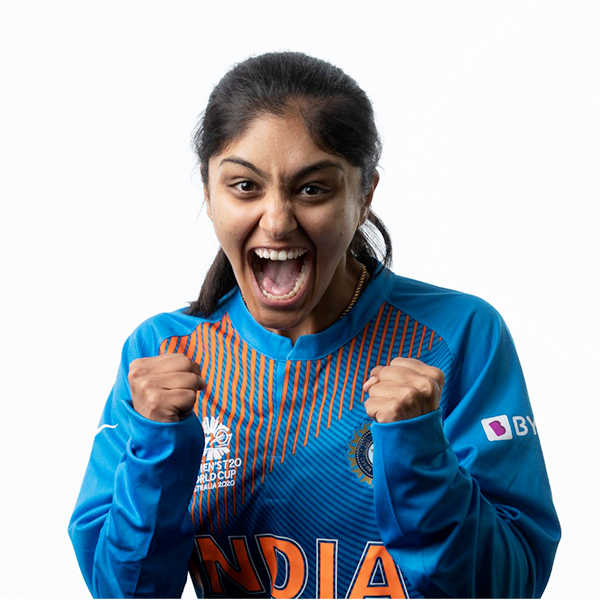 Having only played six internationals, Harleen has no shown her full potential yet but has all the skills to become India's genuine all-rounder. After consistently scoring runs in the domestic circuit, Harleen made her international debut in an ODI against England in February 2019. Apart from that solitary ODI, Harleen has also played six T20Is for India. Born in Chandigarh, Harleen had moved to Dharamsala at the age of 13 in search of better opportunities.  A huge fan of Shane Warne, Harleen started off as an off-spinner before switching to leg-spin. She is yet to prove her worth at the international level and will try to make a name for herself if given an opportunity in the forthcoming competition. 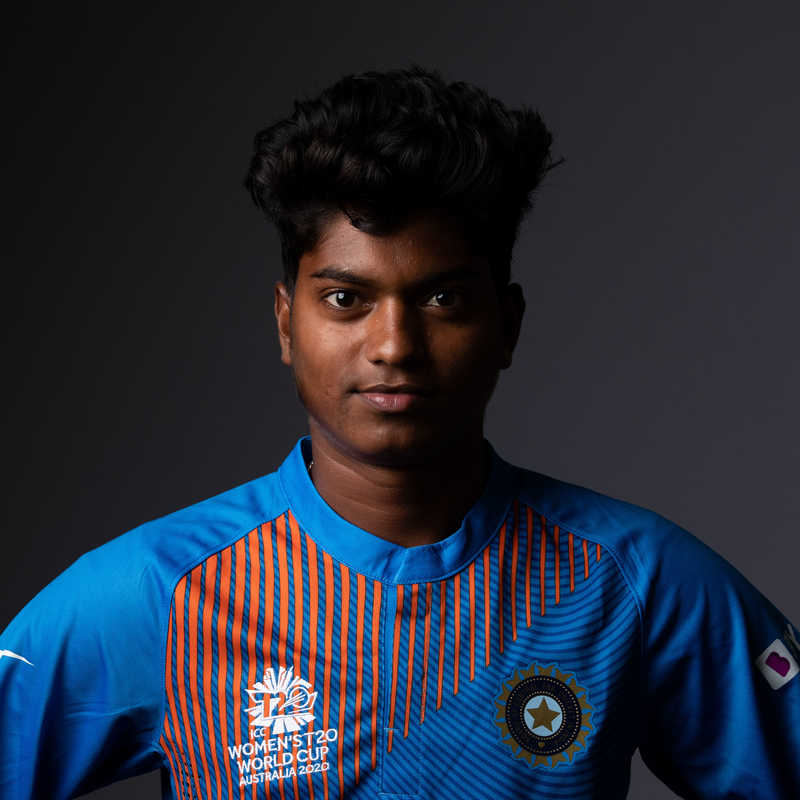 The quick-bowling all-rounder was part of the 2018 World T20 squad but was ruled out of the competition after sustaining a knee injury during India's warm-up game. They call her Chota Hardik (referring to India all-rounder Hardik Pandya) and her role will be no different to the one Pandya plays for the men’s team. She hasn't played an ODI for India since April 2018 but it's tough to ignore her in the shortest format of the game considering what she brings to the table. Vastrakar hasn't been in good form of late but if she can find her rhythm back, the 20-year-old can prove out to be a match-winner for India. Vastrakar is someone who can play those big shots and India can use her as a pinch-hitter, if and when needed. 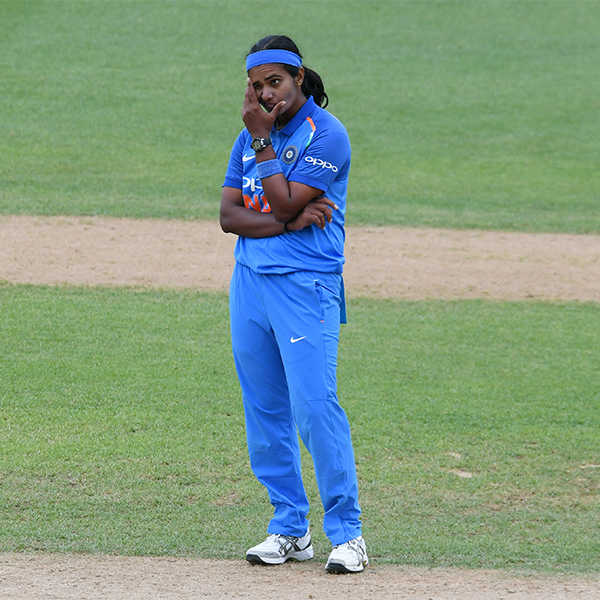 India mostly rely on their spinners to do the job. So, Shikha has largely played a second fiddle throughout her career. The right-arm seamer will be India's premier pacer in the showpiece event and will be expected to bowl those tough overs depending on match situations. She is at her best when operating in the middle overs where she averages 17.5 at an economy of 6.4. Apart from her bowling, Shikha is also a handy batter down the order. She was left out of the 2018 World T20 squad and will be eager to make this opportunity count. 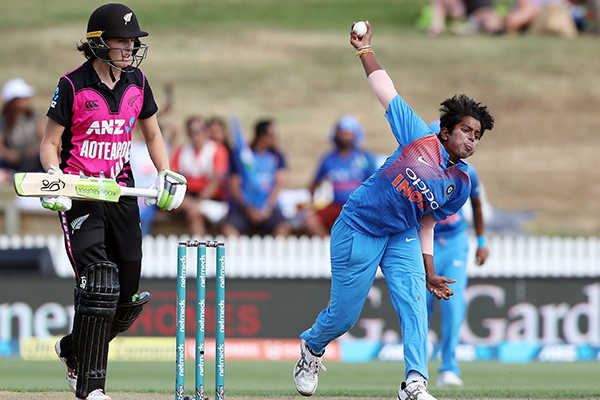 A right-arm seamer from Hyderabad, Arundhati got all the support from her family at a very young age. Former Indian player and coach for the Indian Railways team Nooshin Al Khadeer and Hyderabad Cricket Association head coach Savita Nirala were instrumental in shaping her career. She had mediocre outings in the tri-series and hasn't done anything instrumental in her 18-match T20I career. Arundhati has been playing international cricket for over 15 months now and it's time that she takes her game to the next level. 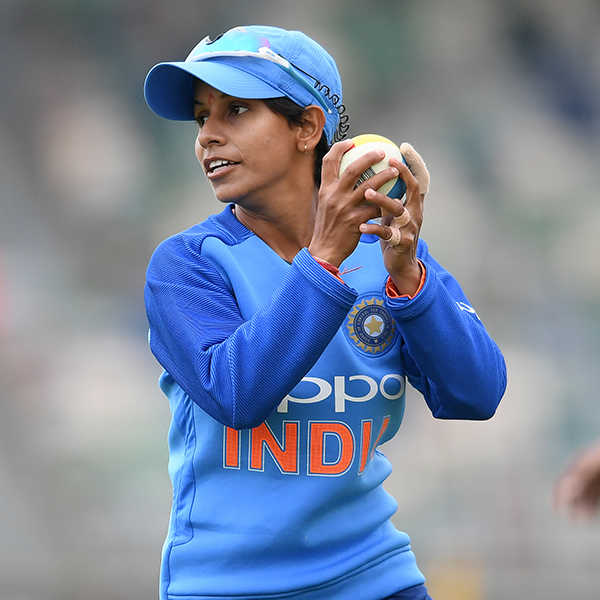 The legspinner is India's highest wicket-taker in T20Is. Poonam is captain's go-to bowler and more often than not does the job for her team. She has an economy of 5.6 and bowls those slow leg spinners which are extremely difficult to get away. She didn't play a single game in the tri-series because of a finger injury but will lead the spin department in the World T20. The 28-year-old provides that much-needed variety and wicket-taking option. Poonam is the only wrist-spinning option India have and it will be foolish if they don't play her. She has extraordinary numbers in this format and her exploits will be crucial to India's chances. 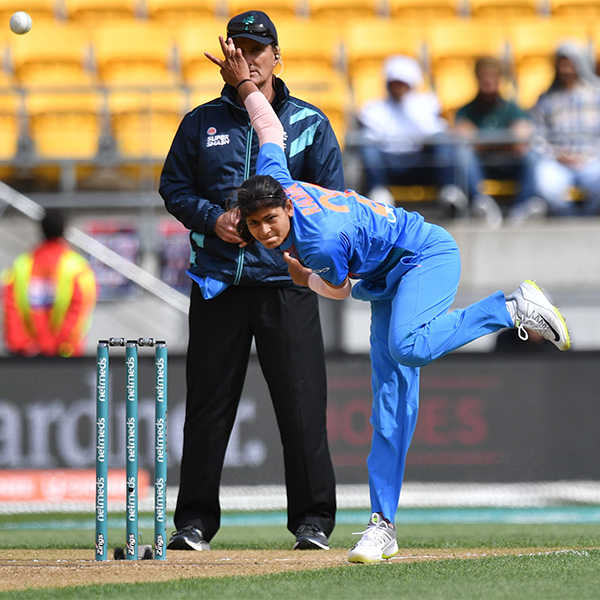 At 12, Radha was picked for Mumbai in the 2014-15 season but it was her switch to Baroda that brought her into national reckoning. The left-arm spinner made her T20I debut in February 2018 and has now become a vital cog for India in T20Is. Only Poonam and Deepti have taken more wickets than Radha ever since her debut. She has the ability to bowl those tight spells and can bowl at any stage of the game. Radha has picked up at least one wicket in the last 21 games that she has played and has been a consistent performer for India in the last 12 months. She doesn't rely too much on the surface as she can consistently bowl that stump-to-stump line. Add to that, Radha is also no mug with the bat. 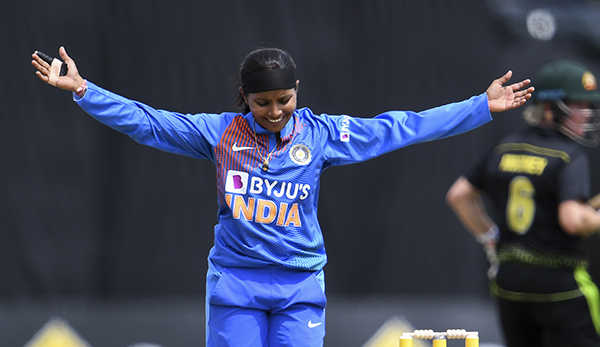 With 10 wickets to her name, Gayakwad ended the tri-series as the leading wicket-taker. The left-arm spinner from Bijapur, Karnataka made her international debut in 2014 and has represented India in all three formats. She played a key role in helping India finish as the runner-up in the 2017 World Cup. With the arrival of Radha, there was some pressure on Gayakwad but the latter stepped up in the tri-series and it won't be easy for the team management to drop her from the playing XI. But now that Poonam is fit, one of Gayakwad or Radha will have to make space for the legspinner in the XI.