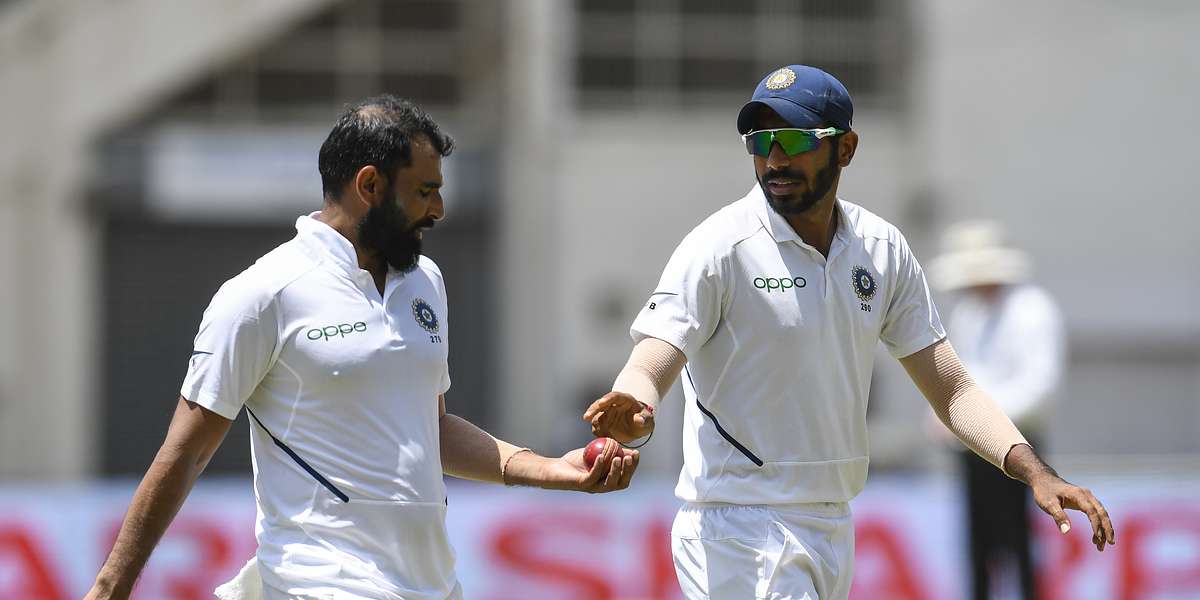 "How can people forget Jasprit Bumrah's numerous match-winning performances just after a couple of indifferent ODI games?" asked a miffed Mohammed Shami on Saturday to counter the criticism levelled at his new ball partner.

Bumrah went wicketless in all three of India's defeats against New Zealand with questions being raised over his performance.

"I can understand we are discussing on a topic (after a certain length of time) not just after 2-4 games. Just because he hasn't performed in two games, you can't just ignore his ability to win matches," said Shami after the second day's play in the warm-up game against New Zealand XI.

"What Bumrah has achieved for India, how can you even forget that or for that matter ignore it? So if you think positively, then it's good for the player and his confidence also," Bumrah's senior partner said after taking an impressive 3 for 18 against New Zealand XI.

The veteran pacer didn't forget to take a dig at critics who he feels have a job to comment, forgetting that Bumrah is coming back from a stress fracture on his lower back.

"As a sportsman, it's very different. From outside, it is very easy to nitpick as some have a job to comment and earn money. Every sportsman can get injured and one should try and look at the positives rather than harp on negatives. I also got injured in 2015 (knee surgery) but then bounced back," Shami said

What baffles Shami is how people's perception changes if a player goes through a sudden slump in form.

"People tend to think very differently and when you do not do well for a few games, their view point about you changes. So on our part, we shouldn't over-think."

Easily the most versatile bowler in the current line-up, Shami enjoys the mantle of an elder statesman who is ready to mentor the likes of Navdeep Saini.

Asked about what kind of role experience plays, the Bengal speedster replied: "Experience matters as you then don't panic easily. You have faced different situations and know what to do. That is valuable.

"So when an experienced player is around and you bring a youngster, he matures quickly. So in our team, we guide our youngsters, joke and laugh with them, make them feel comfortable so that they don't feel that there is a distance between seniors and juniors."

He was all praise for Saini, who has been a find for India in white-ball cricket.

"He is young, he has got talent, pace and height. So there are benefits. But yes, someone has to guide him and take him along the way. He needs support. He is bowling well but no one possesses experience straightaway. It comes with passage of time.

"Hopefully, it will come soon and we seniors are there to help him."

Having been the best Indian bowler on view during the second day of the warm-up game, Shami seemed happy with kind of track that was on offer.

"It was a bit green and the wicket was damp on the first day compared to the second day. Yesterday (First Day) morning, it was challenging and we wanted to take up that challenge. Today it was drier compared to yesterday, with cloud cover, the conditions became helpful.

"There was good bounce and carry, so felt good bowling on a track. These kind of tracks are a rarity and since we have pacers of that calibre, we reaped its benefits."

For someone with an enviable quality of hitting the seam with ease, Shami said that it was an art that he learnt through sheer hard work and passion.

"When you start working on something, you develop a passion that you have to achieve. I never thought that I will start developing a great seam position but when I realised that a good seam position can help, I just worked on it.

"By God's grace, now I can do whatever I want with the seam. If you want to achieve something, passion is prerequisite. You have to chase that," he added.