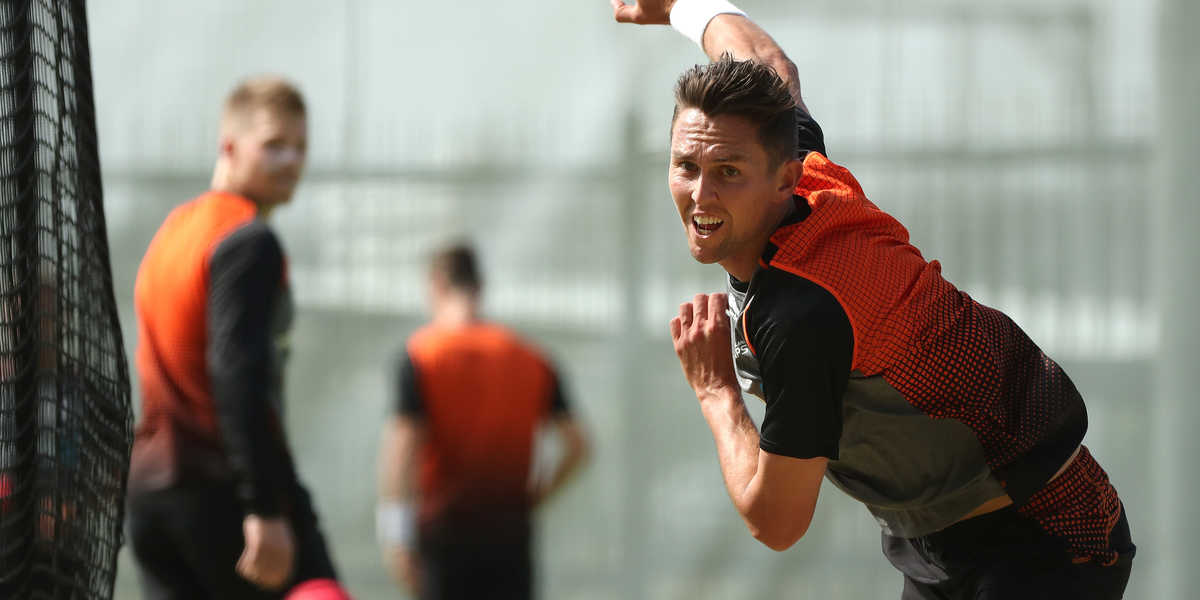 New Zealand were sweating on the fitness of pace spearhead Trent Boult for the first Test against Australia, but veteran batsman Ross Taylor was given the all-clear after taking a hit on the thumb.

Boult missed the second Test against England recently but recovered sufficiently from his side strain to make the journey to Perth for the day-night clash starting Thursday (12th December 2019).

He remains under an injury cloud, with the Blacks Caps needing to determine whether it is worth risking him with two more Tests to come in Melbourne and Sydney.

"Trent, we'll have another look at him (on Wednesday night) before deciding anything," skipper Kane Williamson told reporters.

"You look at it long-ish term, in terms of this whole series. He has tracked really nicely and felt good yesterday, so there's a number of factors in that decision."

Boult shapes up as a potential match-winner, should he play, on a Perth pitch expected to offer pace and bounce, along with fellow quicks Tim Southee and Neil Wagner.

If he doesn't play, Lockie Ferguson is likely to be handed a Test debut.

It was better news for Taylor, who was struck on his right thumb during a net session on Tuesday and left practice early.

"Ross is fine, just a bit of a knock but nothing major which is great," Williamson said, adding all-rounder Colin de Grandhomme was also recovering well after tearing an abdominal muscle in last month's first Test against England.

New Zealand will need their full armoury against an in-form Australian team and in a pink-ball Test, a format they haven't played for nearly two years.

Williamson said the pitch looked enticing for the fast bowlers, with cracks likely to open up in the forecast searing heat.

"It is different cricket here and that's why you need to adapt as quickly as possible," he said.

"It can be hard to dismiss certain players but trying to play the long game and stay in the fight for long periods is important."