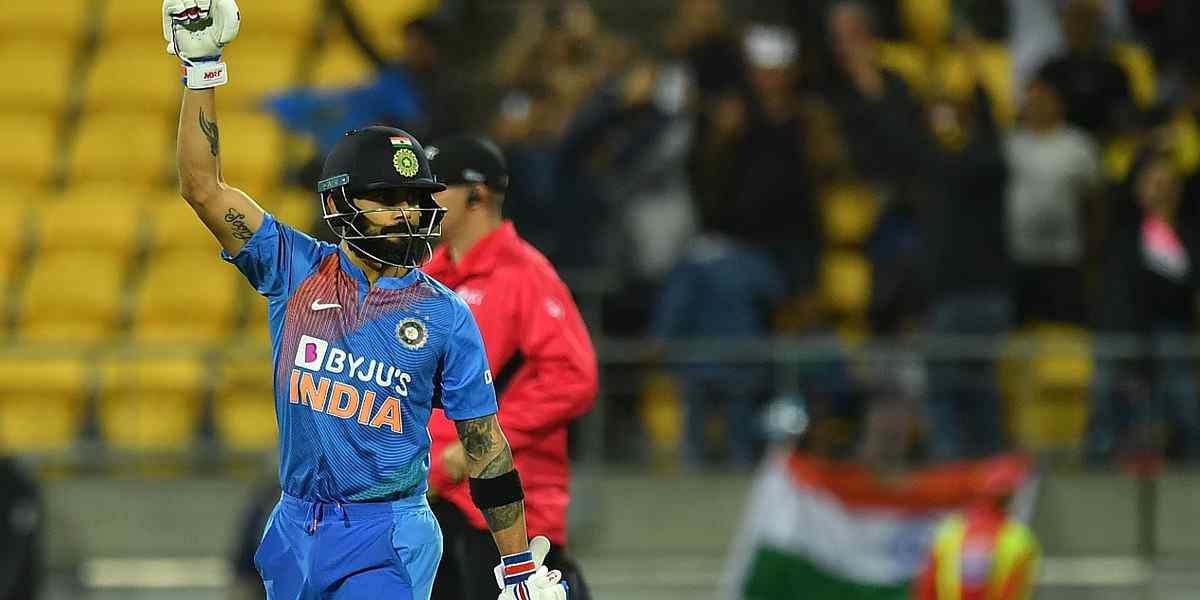 After smashing New Zealand 5-0 in the T20I series, the focus now shifts to the ODIs and India will look to continue their ruthless form in the first encounter of the three-match series.

The first ODI will be played at Seddon Park in Hamilton. India and New Zealand have met each other 107 times in ODIs. India have the lead here having won 55 of the encounters to New Zealand's 46. In the last five ODIs, both teams have won twice while one match was abandoned due to rain.

It is expected to be partly cloudy on match day in Hamilton with minimum to no chances of rain. The temperature is expected to hover around the 24-degree mark on average on Wednesday.

Seddon Park has hosted six ODIs since the start of 2016 and the venue has something for both batsmen and bowlers. The batsmen here have an average of 33.7 runs/wicket while a wicket has fallen every 36.2 deliveries. It will be ideal to have a balanced squad and the all-rounders can play a huge role at this venue.

On the bowling front, there's not much difference between fast bowlers and spinners at this venue since the start of 2017. Pacers have strike rate of 37.5 while spinners have a strike rate of 40.7 at Hamilton.

In the ground though, the left-arm pacers and left-arm orthodox spinners have been the most effective. These two types have picked up wickets in every 26.8 and 39.8 deliveries respectively at this venue since the start of 2017, while other bowlers have pretty ordinary record at Seddon Park. There is not a single left-arm fast bowler in both the squads, so it will be ideal to go with safe options. Someone like Jasprit Bumrah and Mohammed Shami will be expected to do well. Meanwhile, Ravindra Jadeja can also prove to be a handy pick.

A combination of five frontline batsmen including the wicket-keeper, three all-rounders and three bowlers could be the way to go for this game.

Though India whitewashed New Zealand in the T20I series, Virat Kohli only managed 105 runs in four matches at an average of 26.25. The 31-year-old will now look to turn things around in ODIs, a format that he has dominated in the last 10 years. Since 2019, Kohli has scored 1560 runs at an average of 60 in ODIs. He is the 2nd highest run scorer in this period after Rohit Sharma. Against New Zealand Kohli has scored 1303 runs in 23 innings at an average of 65.15 and a strike rate of 96.1. India might rest Rohit Sharma in the first ODI and the onus will on Kohli to do most of the scoring.

After a magnificent show in the T20I series against the hosts, where KL Rahul was declared the man of the series, he would like to continue with the same tempo in the limited over series. Since 2019, the young sensation has played at an average of 47.87 and strike rate of 85. Moreover his wicket-keeping can also get you important points. So keep Rahul out of your team at your own risk!

The all-time leading Test run-scorer of New Zealand, Ross Tylor’s performance in ODIs is spectacular. Since 2017 in 20 limited over innings, Tylor played at an average of 55.47 and strike rate of 86.5, smashing seven half-centuries and a century. He is also the leading run-scorer at Seddon Park scoring 762 runs in 16 ODI innings.

In the recently concluded T20I series Ravindra Jadeja did his best to restrict the opponent batsmen score runs. In the ODIs, his economy rate is second best after Jasprit Bumrah since 2019 for India. In the last 18 innings, the slow-left-arm orthodox has played at an economy rate of 5, striking a wicket in every 58.9 deliveries. The All-rounder will not only help you earn points by taking wickets but also scoring the runs for his side. Against New Zealand, he has scored runs at an average of 66 in the last seven innings.