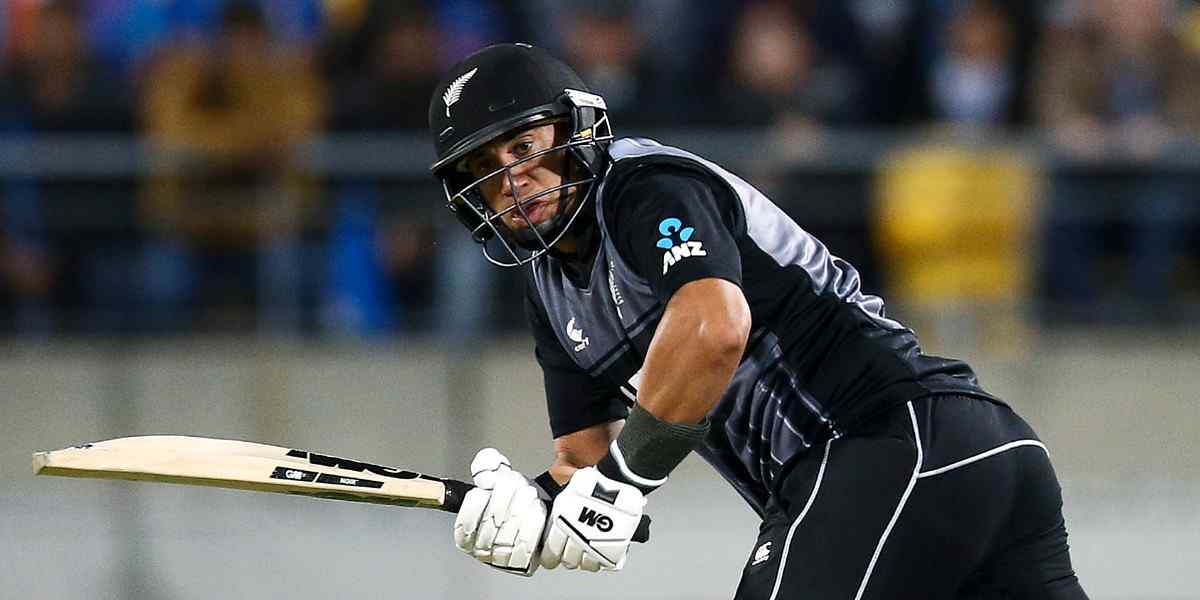 Chasing 348, Taylor scored an unbeaten century as the Black Caps hunted the total down with four wickets in hand

Ross Taylor, Henry Nicholls and stand-in captain Tom Latham joined hands to help New Zealand script their highest run chase in the ODI history against India at Seddon Park in Hamilton on Wednesday (February 5). The home team won the encounter by four wickets and have now taken a 1-0 lead in the three-match series.

Asked to bat, Virat Kohli departed after scoring a fifty but Shreyas Iyer and KL Rahul took the onus on themselves to lead India to a massive total of 347/4 in 50 overs. Iyer scored 103 off 107 but it was Rahul who changed the momentum in India's favour by smoking six maximums and three fours in his 64-ball 88*. In total, India blasted 162 runs in the last 16 overs.

Chasing 348, Nicholls (82-ball 78) set up a perfect platform for the middle-order before Taylor and Latham joined hands to deliver the knock out blow. The two put on 138 runs for the fourth wicket and took the game away from India. Latham was dismissed for 48-ball 69, decorated with eight fours and two sixes, but Taylor ensured his team didn't choke as they did in the last three T20Is and only left the field when the job was done. The 35-year-old remained unbeaten on 109 off 84 balls and smacked 10 fours and four sixes in his innings.

Earlier, with Rohit Sharma ruled out of the remainder of the tour, openers Prithvi Shaw and Mayank Agarwal were handed their ODI caps. This was the fourth instance of two Indian openers making their ODI debuts in the same game. There was enough movement for seamers and Tim Southee was able to trouble both the batsmen on numerous occasions. The right-arm seamer however didn't find enough support from the other end as Hamish Bennett, playing his first ODI since May 2017, struggled to get his line and length right in his opening spell. The two batsmen took couple of overs to get in before unleashing on Bennett. The right-arm fast bowler was wayward with his line and length and both Shaw and Agarwal played some glorious shots through both sides of the wicket.

Latham was forced to take Bennett out of the attack and introduced a willy operator in Colin de Grandhomme. And the right-arm medium pacer didn't disappoint as he got one to nip away from Shaw and the Mumbai batsman ended up getting a thick outside edge. The wicketkeeper made no mistake and Shaw had to walk back to the hut after scoring 20 off 21. Before the dust had settled, Agarwal played an uppish square cut in the bowling of Southee and Tom Blundell took a sharp catch to send the right-handed opener back to the pavilion for 31-ball 32, studded with six impressive boundaries.

With a 7-2 off-side field, New Zealand bowlers used the breeze to great effect and kept the pressure on Kohli and Iyer, not allowing them to score freely. The two all-rounders - de Grandhomme and James Neesham - bowled according to the field but both Kohli and Iyer played them out smartly, but also didn't shy away from pouncing on every single bad delivery. Both Kohli and Iyer got themselves in and started scoring at a decent pace without taking any unnecessary risk. In the process, Kohli also brought up his half-century.

The batting maestro was once again looking like an immovable object, and that's when Ish Sodhi was finally introduced into the attack in the 29th over. And it was the legspinner who broke the 102-run stand in his very first over by knocking over Kohli with an outstanding googly for 63-ball 51. It didn't take Iyer much time to complete his half-century but India needed a move on and that's exactly what they got once Rahul walked in to bat at No. 5.

The Karnataka lad tonked Sodhi for back-to-back sixes and forced him out of the attack. Iyer too started playing his shots and slammed Bennett down the ground for his first maximum, but it was largely Rahul who did most of the damage. The wicketkeeper-batsman has been in terrific form of late and was also the man of the series in the recently concluded T20I series. Southee, who was brilliant in his first spell, was smoked all around the park in his second and Latham soon started running out of options.

Both Iyer and Rahul reached their respective milestones in the 43rd over. While Rahul raced to his fifty off just 41 deliveries, Iyer pushed one down the ground for a single to get to his first ODI century. Left-arm spinner Mitchell Santner actually did a decent job in the last few overs but it was the fast bowlers who couldn't contain Iyer and Rahul in the death overs. Iyer, who hit 11 fours and a six, was caught at the off-side fence in the 46th over but Rahul and the incoming Kedar Jadhav kept the runs flowing.

The two played some outrageous shots in the last three overs, including a sweep down the ground for six, one-handed slice towards sweeper cover and a reverse sweep over the third man region. Following 136-run stand between Iyer and Rahul, the latter and Jadhav added 55 runs off just 27 deliveries. Jadhav played his part by smashing 26* off 15 balls but Rahul didn't get enough time to complete his century.

The surface was heaven for batting and New Zealand openers Martin Guptill and Nicholls got their team off to a brilliant start. There were no rash shots as Indian seamers didn't find much assistance off the surface and were also slightly inconsistent with their line. Guptill took his time but Nicholls was very good through the on side and pounced on anything short. Everything was going according to the plan before Guptill tried to upper-guide Shardul Thakur's delivery and ended up getting caught at deep backward point for 32.

Debutant Blundell (9) fell immediately but Nicholls found an able and experienced ally in Taylor as the two upped the ante, especially by going after Kuldeep Yadav. The two added 62 runs for the third wicket and Kohli was forced to bring Jasprit Bumrah back into the attack. However, it was Kohli himself who came up with an extraordinary work on the field to run Nicholls out for 78.

Taylor needed some support and Latham took the pressure off him by straightaway taking the attack to Indian bowlers. The two started finding boundaries at regular intervals and every bowler except for Bumrah looked clueless against the duo. Both Latham and Taylor didn't take any chance against Bumrah and picked their bowlers respectively. Latham in particular was outstanding against spinners, using his feet to perfection. Both batsmen went past the 50-run mark in no time and brought up their sixth 100-plus stand in ODIs.

Such was the impact of their assault that New Zealand needed just 56 off 60 deliveries. Latham perished after bringing his team to the winning position but Taylor kept going and completed his century in just 73 balls. Neesham and de Grandhomme departed in quick succession but Santner walked in and played couple of big shots to complete the formalities.