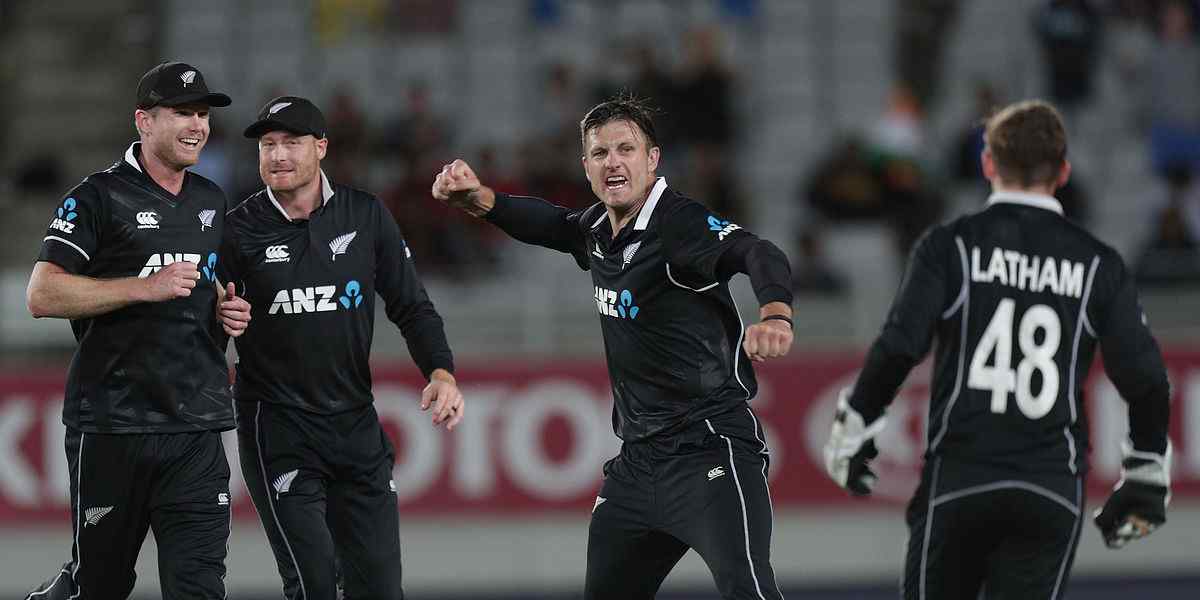 Here are a few tips that will help you in creating your fantasy team for the third ODI between New Zealand and India, in Tauranga

The tables have turned and how! Having blanked New Zealand in the T20Is, India now face a prospect of a whitewash of their own. The Blackcaps will be keen on gaining the momentum going into the Test series while the visitors will want to finish with some sort of consolation.

Overall, India and New Zealand have faced each other in 108 ODIs. India have come out on top in 55 encounters while 48 have ended in New Zealand’s favour. The hosts have a 4-1 lead in the last five ODIs between the two sides.

Bay Oval has hosted four ODIs since the start of 2019, the most for any ground in New Zealand. With an average run rate of 6.2, it is fair to say that the venue has favoured the batsmen.

The batters have scored runs at an average 38.7 runs per wicket while bowlers have managed a wicket every 37.1 balls.

So packing your side with top-order batsmen and hard-hitters is advisable.

On the bowling front, pacers have been head and shoulders ahead of their spin bowling counterparts. The fast bowlers have returned a wicket every 37.9 deliveries as opposed to spinners who have a strike-rate of 52.5.

Diving into the different bowler types, left-arm pacers have been the most successful at this venue. They have returned a wicket every 34.3 deliveries followed by right-arm pacers who have a strike-rate of 38.7 here. While both sides do not have a left-arm pacer in their setup, right-armers are in abundance. Kyle Jamieson impressed one and all in his debut and could be included. You could also possibly include Navdeep Saini in your side.

He was the bearer of all the criticism in the T20I series but Ross Taylor has shown experience is all that matters at the highest level. The highest run-scorer so far this series, Taylor has been the thorn in India’s flesh in both ODIs. He has been in exemplary form for a while now. In ODIs since the start of 2019, Taylor has scored 1125 runs in 22 innings averaging a strong 66.18. He also has a stupendous record at Bay Oval where he averages 55 in six innings. He will want to continue that run in the final ODI.

Our first x-factor, KL Rahul has been in the form of his life in recent times. Coupled with the fact that he now has the wicket-keeping gloves on, he is a fantasy player’s delight. Rahul has scored 810 runs in 18 innings since the start of 2019 in ODIs, averaging 50.63. He failed in the previous ODI and will want to come back strong in the final game of the series.

A century and a half-century so far this series, Shreyas Iyer certainly seems to have made the No.4 spot for India his own, at least for the time being. He looked fluent in the second ODI scoring a 57-ball 52 before throwing it away. Iyer is not part of the Test squad and will be keen on finishing the series on a high.

Bay Oval has been a happy hunting ground for Martin Guptill. With three 50+ scores in eight innings, Guptill is the highest run-scorer for New Zealand at this venue in ODIs. Guptill is coming into this game on the back of a good 79 in the second ODI and will want to further his credentials. Being a good fielder, he finds himself at positions where the chances of receiving a catch are high. Hence, he should find a place in your fantasy XI.

It is expected to be nice and sunny on match day in Tauranga with no chances of rain. The temperature is expected to hover around the 14 to 24 degree range throughout the day.