Pandya to play for India A in New Zealand

Pandya to play for India A in New Zealand

Star all-rounder Hardik Pandya, who has been recovering from a back injury, was on Monday included in the India A squad for three one-dayers and tour matches in New Zealand.

Pandya, who underwent surgery in October, has been out of action since September due to a lower back injury.

The dashing all-rounder's back problems have persisted since the Asia Cup in 2018, the first time he complained of a stiff back. Since then the team management along with the selectors have monitored and managed his workload.

Provided he clears the India A test, he will be included in the senior team that will tour New Zealand for five T20 Internationals, three ODIs and two Tests in the last week of January.

Pandya had earlier said he was targeting an international return during the tour of New Zealand. India's New Zealand assignments will start with the T20 International in Eden Park on January 24.

"(As for) Hardik, we will have a look at him in the third week of January," chief selector MSK Prasad told reporters here.

Hanuma Vihari will captain the India A team in the first-class games in New Zealand and Shubman Gill in the 50-over format. 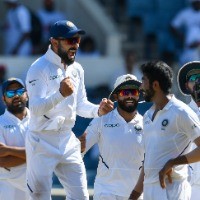