Proteas look to press for a morale-boosting series win 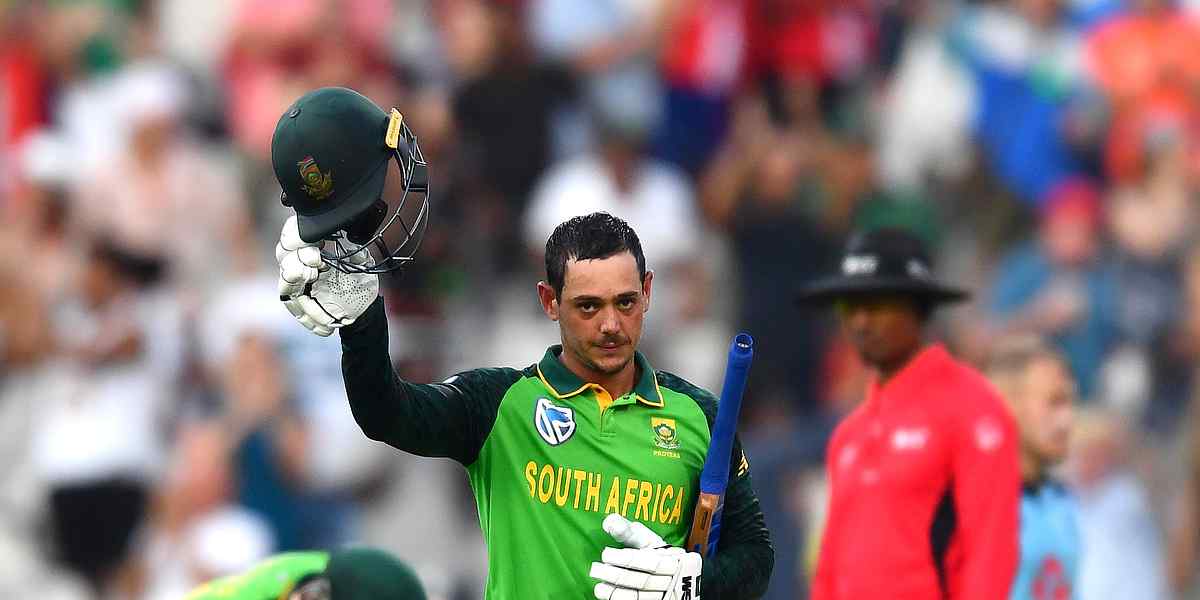 Proteas look to press for a morale-boosting series win

South Africa take on England in the third and final game of the three-match One-Day International (ODI) series at The Wanderers, Johannesburg on Sunday. The hosts have a 1-0 lead in the series having won the first match at Newlands, Cape Town by seven wickets. The second game at Durban was washed out and the game at the Wanderers becomes crucial for England as it is their only chance to level the series. After taking a drubbing in the Test series, the Proteas will be keen on winning the series 2-0. With the Quinton de Kock-led side looking for a fresh start in the limited-overs format, such a score line will be a huge morale booster for the entire team, considering that they do not have Faf du Plessis or Kagiso Rabada in the team.

This is England’s first ODI series since their triumphant ICC World Cup 2019. England’s performance in the four years leading up to last year’s World Cup was the perhaps the best and they have started this new phase trying out a few new players in the team, especially with the likes of Ben Stokes, Jofra Archer and Jos Buttler not featuring in the series. Veterans like Adil Rashid and Moeen Ali are in the squad but have been kept out in order to give players like Tom Banton and Matthew Parkinson a go.

South Africa too have introduced new faces in their team in the absence of some key players. Among the batsmen, the onus lies on Temba Bavuma to make full use of this opportunity provided to him to cement his place in the team to the extent where he will be in the XI even when du Plessis returns. In his four ODIs, Bavuma averages 70 and strikes close to 97 per 100 balls. A longer run in the 50-over format might do him a world of good.

With the leader of the bowling attack Rabada rested for the entire tour and Lungi Ngidi not at his best, Beuran Hendricks and Lutho Simpala have been given a chance to prove their credentials.

It makes sense for the teams to fill their XI with pace bowlers as they have accounted for 66.7% of wickets in ODIs at the Wanderers since 2018. Right-arm pacers have accounted for 42.42% of wickets during this period, while left-arm quicks have picked up 24.24% and they have done so at an impressive average of 19.9 and an economy rate of just 4.7. The likes of Sam Curran and Hendricks will come in handy on this surface.

In the batting department, the players at the top of the order, Jason Roy for England and de Kock for South Africa have been in terrific form of late. In 13 innings since January 2019, Roy has scored 877 runs at 67.46, which has included nine 50-plus scores. De Kock, on the other hand, has scored at an average of almost fifty with the help of nine 50-plus scores in 19 innings. The Wanderers historically has been a batting-friendly wicket, and if the top four of five batsmen take responsibility to go big, we could see huge totals on the board.

It is highly unlikely that either team will make changes for the final ODI, however they are not short of options on the bench. South Africa are the more inexperienced bunch, as three out of the four players who did not play the last game are yet to make their ODI debut. England are slightly better off on that front, with Rashid, Moeen, Dawid Malan and Saqib Mahmood as their options.

The weather is once again expected to play spoilsport and like Durban there is a high possibility that this match too could be abandoned. There is heavy rain and thunderstorm expected throughout the day.