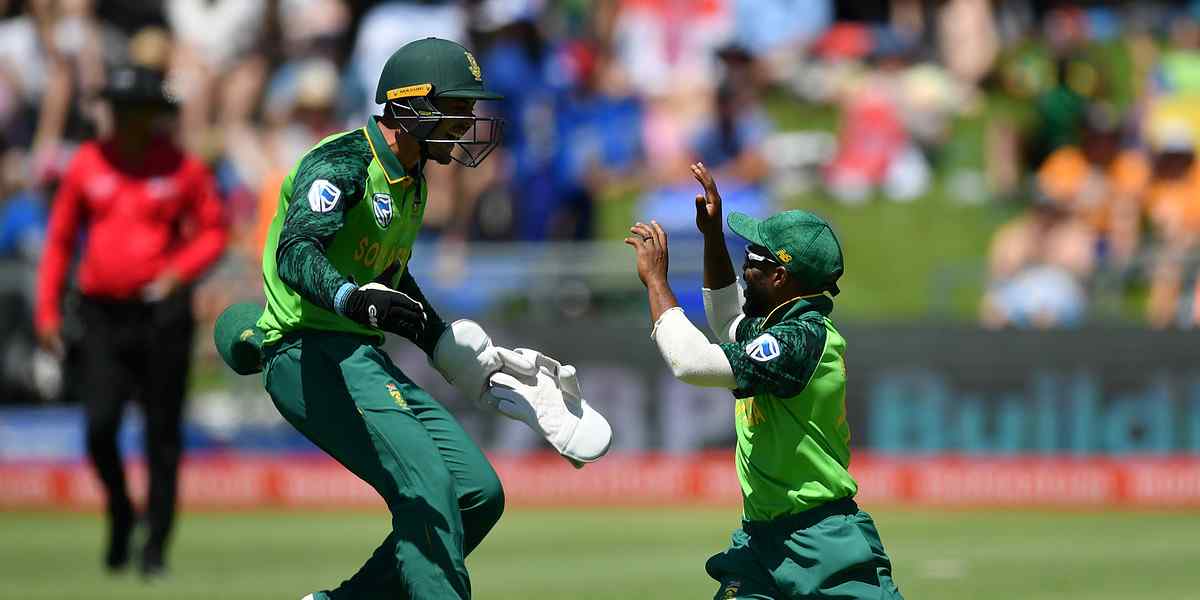 Can England bounce back after losing the Cape Town ODI?

Going into the first ODI between South Africa and England in Cape Town, most people had the visitors listed as the favourites. And that was no surprise, considering that they are the world champions and have been in impeccable form in the 50-over format since the 2015 World Cup. South Africa, on the other hand, seemed to be short of confidence after a league stage exit in the 2019 World Cup and a 1-3 Test series loss against the same opposition, i.e England, recently.

The Proteas, though, had other ideas on Tuesday. Led by newly-appointed skipper Quinton de Kock, they eased to a seven-wicket win. De Kock, himself, seemed to cherish the extra responsibility as he notched up quite a brilliant hundred during the run-chase. During the match, he also became the joint-fifth fastest to reach 5000 ODI runs (in terms of innings). With records like that, you tend to expect De Kock to produce such performances. Hence, it’s the performances of Temba Bavuma and Tabraiz Shamsi that will be a source of bigger encouragement for the hosts. 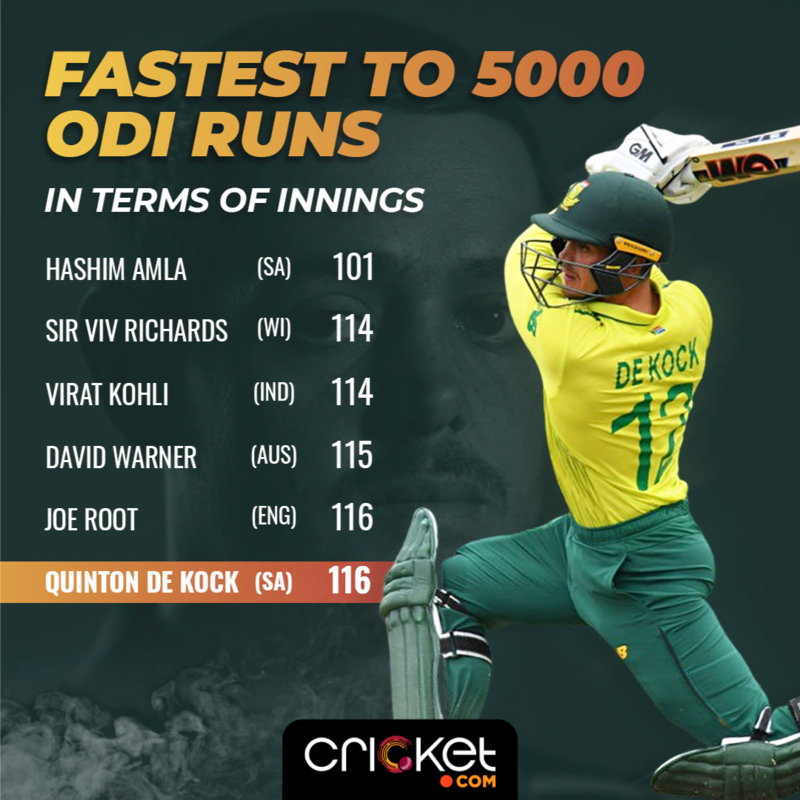 Bavuma, who hadn’t played an ODI since 2017, was immensely impressive during his innings. From the moment he stepped into the middle, he started in an aggressive manner and looked assured while playing his shots. While he was very unfortunate to have not scored a century, falling two runs short, his knock did enough to show that he is ready to step up if Faf du Plessis retires from ODIs this year.

Replacing a bowler of the calibre of Imran Tahir is not going to be an easy task for South Africa. But in what was their first ODI since the retirement of Tahir, Shamsi put in a terrific performance with the ball. When the left-arm wrist-spinner came into the attack, England were 82/2 after 15 overs. He had an instant impact as two wickets fell in his first over, albeit one was via a run-out.

Soon, the visitors found themselves 131/6 with Shamsi having taken three wickets. While it was a situation from which England recovered reasonably well thanks to the efforts of Joe Denly and Chris Woakes, the damage was already done and a target of 269 was a cakewalk for the hosts.

Unlike a few of the white-ball wrist-spinners around currently, Shamsi tends to keep his wrist-spinning delivery as his most important weapon. On Tuesday, he took all his three wickets with his conventional delivery. While two of those came against left-handed batsmen, it must be noted that 32 of the deliveries he bowled against right-handers were wrist-spinning deliveries while eight were googlies.

Contrast that with England’s wrist-spinner Matt Parkinson, a right-arm bowler, against the left-handed De Kock. Parkinson bowled more googlies (8 deliveries) than leg-breaks (7) against the Proteas captain. This is usually the case with most wrist-spinners in limited overs cricket these days, but Shamsi clearly doesn’t mind spinning the ball into the batsman.

Parkinson, meanwhile, didn’t have the best of starts to his ODI career. The Lancashire spinner didn’t take a wicket and you wonder if the English think-tank will bring the experienced Adil Rashid into the XI for the Durban game. In the first ODI, the England bowlers didn’t cause much trouble to de Kock and Bavuma in the middle overs and Rashid is someone who can make an impact during this part of the game for the away side. In fact, since the start of 2015, no bowler has taken more wickets (108) than Rashid between 11-40 overs in ODI cricket.

England’s decision to not give Liam Plunkett a contract in white-ball cricket for 2019-20 came as a surprise. And on Tuesday, the world champions definitely seemed to miss the 34-year-old. The pacer’s ability to make breakthroughs in the middle overs was a crucial part of England’s 50-over success over the last few years. Two facts that support this argument are:

ii) England won all seven matches that he played during the 2019 World Cup and lost three out of the four he didn’t.

In the first ODI, England’s pacers bowled 15 overs during the middle phase of the innings (overs 11-40) and went wicketless while conceding 90 runs. As mentioned earlier, it was here where South Africa completely ran away with the match as de Kock and Bavuma shared a 173-run partnership for the second wicket. Going forward, finding the apt replacement for Plunkett is a must for England.

In the post-match presentation, England captain Eoin Morgan spoke about losing wickets in clusters and it’s definitely something that played a role in his team failing to put up a winning total. They, first, lost both openers Jason Roy and Jonny Bairstow off successive overs, and then Joe Root and Morgan off consecutive deliveries.

While Roy and Bairstow did put up a 51-run stand, England will be hopeful that there’s at least one big partnership among the top three wickets. Since 2015, only India (63) have had more century-stands for the first three wickets in ODIs than England (51) and you’d think that the Morgan-led side’s best chance of levelling the series is with a 100+ run partnership at the top of the order.

While there was a lot of pressure on South Africa going into the first ODI, it’s England now who are in a must-win situation in this three-match series. Will the world champions bounce back or will the Proteas complete a morale-boosting series win? Only time will tell.