Revenge can't be on mind when you take on Kiwis: Kohli

Revenge can't be on mind when you take on Kiwis: Kohli

The loss still rankles him but Virat Kohli said he can't really bring himself to think of revenge when India take on New Zealand for the first time after the Kiwis sent his side packing from the ODI World Cup last year.

The Black Caps defeated pre-tournament favourites India by 18 runs in the semifinals of the showpiece in England and Friday's tour-opening T20 International is the first clash between the two sides since then. Kohli has spoken repeatedly about how devastating the loss was for him personally.

"Even if you want to think of revenge, these guys are so nice you cannot get into that zone," said Kohli at the pre-match press conference.

"We get along really well with these guys and it's all about being competitive on the field. As I said in England, they are probably one side that has set the example for teams to play international cricket," he reasoned.

Lauding the affable demeanour of the Kane Williamson-led side, Kohli said they are great ambassadors for the sport.

"...they obviously want to bring out the best they can in every ball and every game, they are intense in their body language, they are not nasty, they are not doing things which are not acceptable on the field," he pointed out.

Williamson and his men had drawn effusive praise for their grace in the aftermath of a heartbreaking World Cup final loss to England, a game that was decided on boundary count after scores were tied.

"It is not about any kind of revenge - it is two quality sides playing good cricket. It is a challenge to beat New Zealand here and we are totally up for it," Kohli said.

On to cricketing matters and the India skipper said the Kiwis are favourites in home conditions and he would not make the mistake of taking them lightly despite the recent injury setbacks.

"They will have slight home advantage but we have played a lot here in the past seasons. Every series is a fresh start and New Zealand in New Zealand is obviously a bigger challenge than playing them back in India. So we definitely have to be at our best game," he said.

Speaking about his team, Kohli reiterated that KL Rahul's dual role as a batsman and wicket-keeper is providing better balance to the side. He said he won't read much into criticism which may come his way by letting Rahul bat in the top-order.

"As I said him doing well with the gloves has really opened up a scenario for us where it gives us a lot more balance in playing an extra batsman. This is something that we are looking to continue for a while; nothing taken away from anyone else and it is just what he brings to the side.

"And I know there will be a lot said about, talks around what happens to other players and what not, but the most important thing is what the team requires and the best balance we can create for the side," he said in a veiled reference to the future of designated keeper-batsman Rishabh Pant.

Talking about Rahul's ascendancy in the white-ball formats since the 2019 World Cup, Kohli said, "He's open to accepting any kind of role, whatever the team wants. He is a total team man and you can tell the way he keeps as well. He is always looking for an opportunity and looking to make a play. He's not nervous about it."

Rahul replaced Shikhar Dhawan against the West Indies and partnered Rohit Sharma at the top.

Dhawan returned to pair up with Rahul against Sri Lanka, but was injured against Australia and is missing this tour as a result.

"If you talk about replacements, we have a lot of T20 players around and people who are very experienced when it comes to playing T20 cricket. Having played a lot of matches in the IPL, on A tours and series, I don't see an issue of replacement.

"Look, whenever he (Dhawan) is back in the team we would love to have him back and have the balance in the team where we can really go in with the best batting line-up that we have," he said.

Closer and closer to landing at stadium and playing straight: Kohli on schedule

Kohli said cricketers are "getting closer and closer to landing at the stadium and playing straight" as his team geared up for a clash against New Zealand, less than a week after beating Australia at home.

India are set to take on New Zealand in a five-match T20 International series within five days of completing a home ODI assignment against Australia. Kohli said the short turnaround is tough given the busy international calendar.

"Well it's definitely getting closer and closer to landing at the stadium and playing straight. That's how compressed the game has become but I think this kind of travel and coming to a place, which is seven hours ahead of India time, is always difficult to adjust to immediately," Kohli told reporters on the eve of the first T20.

"So, I am sure these things will be taken into consideration much more in the future, yeah it is what it is, you can do whatever you can to get better and get on the park again, and that's international cricket for you today, it is back to back," he said.

On the upside, the skipper said the scheduling ensures that players are in the zone.

"The last series we played against Australia was ODIs so we spent more time on the field, but we played a few T20s before that. Having played a lot more cricket than just T20s in the last three games, we will find it easier to come here and play even though with less time (to prepare).

"We are looking forward to that and starting with the series because this is the year of the world cup and every T20 is important," Kohli said.

Kohli said touring New Zealand is much less overwhelming than other countries as cricketers don't seem to have a larger-than-life image.

"Any New Zealand tour is much more relaxed. Every tour is a representation of how people look at the game in that region and in New Zealand the game is looked at as a job for the guys that play the game.

"It is not larger than life or most important thing in life. It is part of the Kiwi culture and it is just a sport. They get on with it but they also play really hard and want to win the game. They are dejected or depressed if they don't win, so I think it is a wonderful balance and something that every team that comes to New Zealand loves this tour" he explained.

"...Kiwis are the most relaxed and chilled out and professional about what they do," he added.

Questions will certainly crop up when a team will struggle but the leadership can't always be judged by results says Kohli, putting up a stout defense of his under fire New Zealand counterpart Williamson.

Williamson' leadership skills came under the scanner following New Zealand's crushing defeat in the Boxing Day Test against Australia as former skipper Brendon McCullum questioned some of his tactics.

New Zealand were drubbed 0-3 in that series.

McCullum said Williamson has gradually lost his love of the role and he can quit captaincy in at least the T20 format.

Williamson himself said he was willing to make space for a new leader if the New Zealand Cricket (NZC) suggests the same.

"For me it's always been about what's best for the team. If those discussions are to eventuate and collectively there's a thought that it (finding new captain) would be best for the team, then my stance is whatever is right and fits the group. I'm always open to whatever is going to move the team in those directions," Williamson said.

However, Kohli who leads India in all three formats, said people are sometimes too quick to blame captains for a team's failure.

"These kinds of things do come up every now and then, whenever you have a setback. I think its a part of having that responsibility of captaining in all three formats.

One thing that I have done is I just focus on what I can do for the team and the vision that needs to be there to take the team forward," said Kohli on the eve of the T20 series-opener.

"I don't think leadership can always be determined by the results. It's also about how you can get the team together and get the guys functioning under you as well, which I think Kane has done wonderfully well.

Kohli said Willamson should not be forced into a decision and he should have the freedom to make a choice.

"People get onto that side of things too early and sometimes I think it is better to let the individual decide himself. If you have given him the responsibility, I am sure he will decide whether he is good enough for the job any more or not as well," he said.

NEWS
Turning up so frequently for international matches is hard on the body, says Rahul
The wicketkeeper-batsman was the leading run-scorer in the recently concluded T20I series against New Zealand 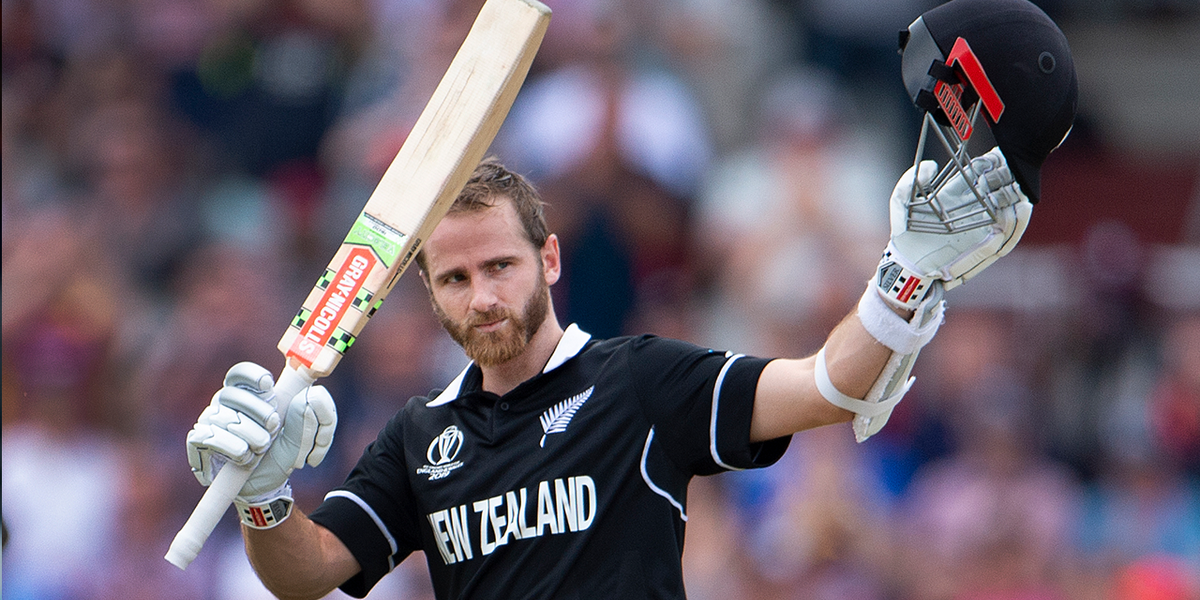