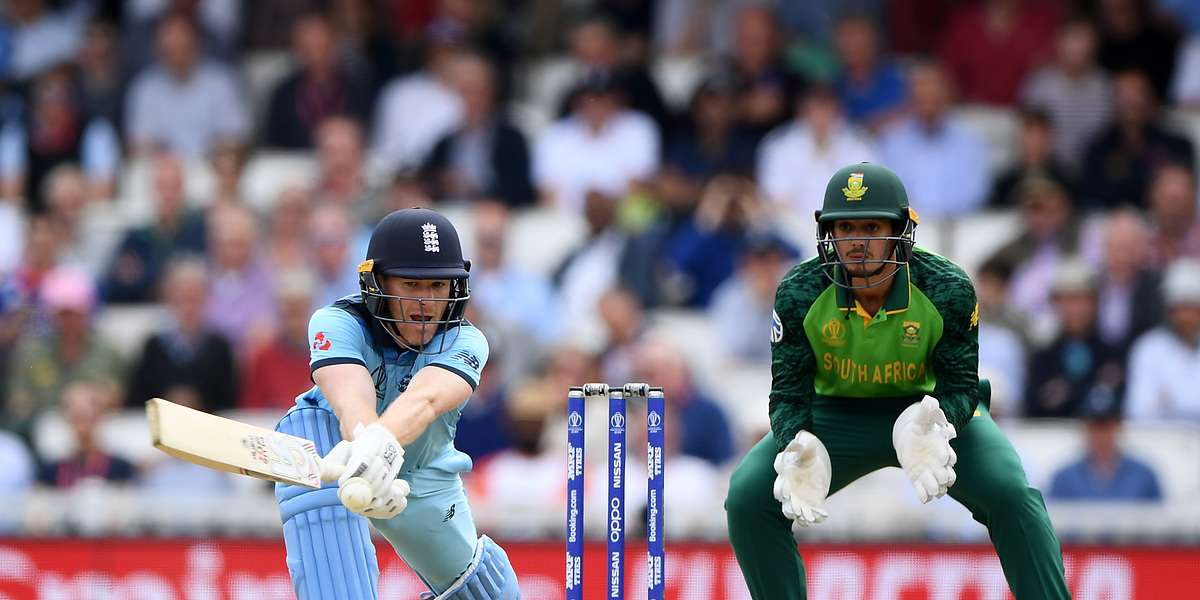 After a grueling Test series, an evenly contested One-Day International (ODI) series, the focus now shifts to the T20 Internationals (T20I), beginning with the first game at Buffalo Park, East London. The hosts were disappointing in the Test series, but under Quinton de Kock, played out a very competitive 50-over series and would love to put in a similar performance in the T20I series as well.

While the four years leading up to the 2019 World Cup the focus was on the 50-over format, with the 2020 T20 World Cup eight months away, the teams are keen on getting their combination right for the mega event, slated to be played in Australia.

When it comes to T20Is, both England and South Africa have been extremely competitive and were at the top of their game last year. Among full members, barring Australia, who had a 100 percent win record, it was England (77.7) and South Africa (75), who had the next best records in the shortest format.

For the hosts, big guns like Faf du Plessis and Kagiso Rabada have been rested, however, for England, Ben Stokes, Jos Buttler and also Mark Wood come back into the squad after being rested for the ODIs.

If stats since 2019 are anything to go by, the pitch at Buffalo Park has been a pace-friendly surface. In T20s since 2019, 71.9% of the wickets have taken by the pacers and out of the 33 wickets picked up at this venue overall, the right-arm pacers have accounted for 63.63% of wickets. With pacers like Lungi Ngidi, Dale Steyn, Wood, Stokes, and Tom Curran among other right-arm pacers in the two squads, it is highly possible that they will dominate in this match as well.

It is important for Steyn to return from his injury and prove himself if he wants to be considered for the T20 World Cup.  He picked up five wickets from four matches in the 2019-20 BBL at 16.20 before pulling out due to injury. At the same time, it gives an opportunity for players like Beuran Hendricks. Bjorn Fortuin, Sisanda Magala and other fringe players to grab their opportunity with both hands and make the selectors think twice before dropping them. With a couple of regulars’ return in the offing, it will be a tough task for a few to hold on to their place in the upcoming series as well.

England are more of a settled T20I side, at least in the series and for them it will be a question of getting their players some game time and perhaps earmark a player or two who could be given a longer run.

England and South Africa are playing more than 10 T20Is before the T20 World Cup 2020 and while a few other teams like India and New Zealand have already begun identifying some core players for the mega event, it is now time for these two sides to do the same, beginning with this series.

When it comes to picking the best XI for the match, it is England who have a bigger headache, especially when it comes to the top three. With Jonny Bairstow and Jos Buttler in good form in T20s, it would be naïve not to open with them, but where does Jason Roy fit in? Hence, having Roy and Bairstow open, with Buttler at three would make sense, with Dawid Malan, Eoin Morgan, Ben Stokes and Moeen Ali to follow.

It is hard to ignore Malan especially after he scored a swashbuckling century against New Zealand, while the likes of Morgan and Stokes pick themselves. Among the bowlers, Adil Rashid and Chris Jordan are more or less a certainty, while the Currans – Tom and Sam could make up the remaining quota of bowlers

South Africa on the other hand have lesser issues while picking their XI. From their previous match against India, Ngidi and Steyn will come into the XI in place of left-arm orthodox spinner Bjorn Fortuin and the rested pacer Rabada. However, if South Africa feel the need to go in with a spin bowling all-rounder, they will bring in JJ Smuts in the XI, most likely in place of Dwaine Pretorius.

South Africa have been dominant against England at home, having won four out of the five matches they have played against each other. South Africa also have the edge overall, having beaten England eight times in 15 matches, with one match yielding a no-result. They have won more T20Is only against New Zealand (11).

We are expected to have a full game in. However, it will be cloudy and there are some showers expected after the match. We might see the ball moving around quite a bit as a result.