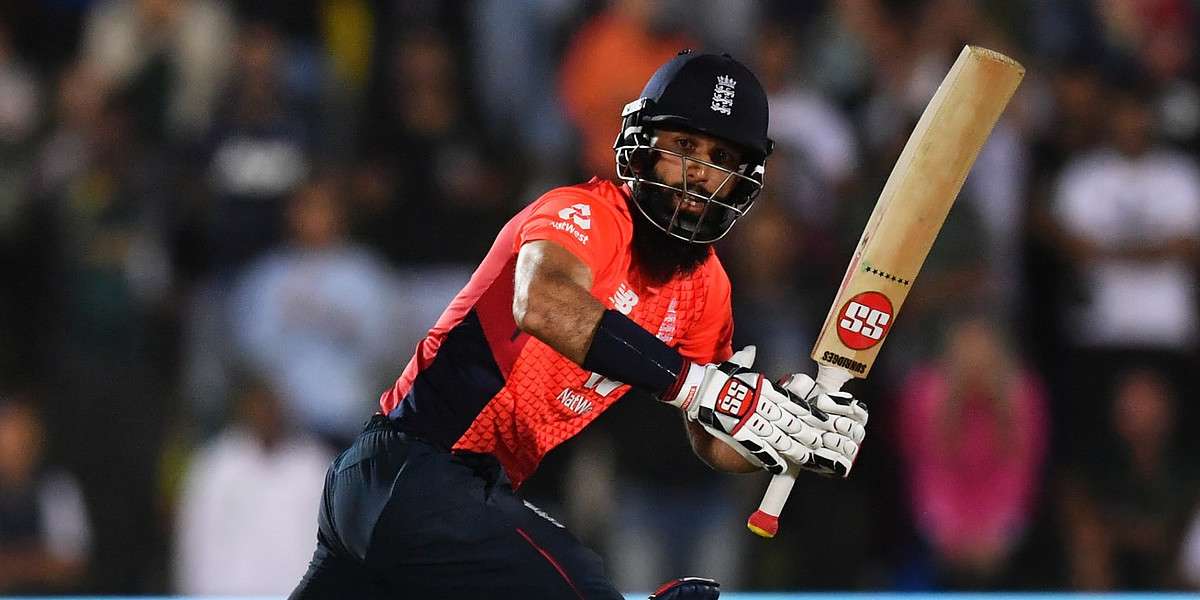 Quinton de Kock smashed the fastest T20I fifty for South Africa but it was still not enough to help them chase down the 205-run target as England held their nerves to win the high-scoring second T20I by 2 runs and levelled the three-match series 1-1 at Kingsmead, Durban on Friday (February 14). Total of 28 sixes were hit in this encounter as the match went down to the last delivery and it was the visiting team who emerged victorious.

Asked to bat, Jason Roy and Jonny Bairstow laid a solid platform for the visiting side before South African bowers made a comeback in the middle overs. England however blasted 68 runs in the final four overs with Moeen Ali and Ben Stokes doing most of the damage. Stokes remained unbeaten on 30-ball 47, studded with four fours and two maximums, while Moeen smashed three fours and four sixes in his 11-ball 39.

In reply, de Kock and Temba Bavuma added 92 runs for the opening wicket, with the former belting 65 off just 22 deliveries. Rassie van der Dussen (26-ball 43*) and Dwaine Pretorius (13-ball 25) almost got the job done for South Africa but Tom Curran did well to defend 15 runs in the final over, courtesy two wickets off the final two deliveries. South Africa finished on 202 for 7 in their 20 overs.

Earlier, left-arm spinner Bjorn Fortuin, who replaced Dale Steyn, opened the attack for South Africa but England's highest run-scorer in the first T20I, Roy greeted him with a maximum down the ground. Quinton de Kock soon handed over the ball to Lungi Ngidi and the right-arm paceman, who defended six runs at Buffalo Park, had Jos Buttler caught behind for 2 in his very first over.

Roy was then joined by Bairstow and the two took the attack to South African bowlers. They went after Ngidi in his second over, slamming South Africa's premier paceman for a four and six. The two smoked five sixes inside seven overs, including two off Andile Phehlukwayo. The duo added 52 runs for the second wicket before Phehlukwayo knocked over Bairstow for fiery 17-ball 35.

Roy however was still at the crease and South Africa needed to get rid of him as soon as possible and it was their left-arm wrist spinner Tabraiz Shamsi who did the job for them. The Proteas managed to bring the run-rate down and Roy tried to take on Shamsi, only to end up getting caught at long-on for 29-ball 40. Eoin Morgan tonked Shamsi for a six over deep mid-wicket but just couldn't get going against Pretorius.

The right-arm seamer mixed his pace and length perfectly and only conceded seven runs in his first two overs. Pretorius kept the pressure on both Morgan and Stokes and soon reaped the reward for his disciplined bowling. England captain Morgan, who was batting on 27, had no other option but to up the ante and tried smoking Pretorius down the ground but ended up mistiming it straight into the hands of the long-off fielder.

Stokes too struggled to get his timing right on the surface that was slightly on the slower side. England needed some quick runs in the last few overs and they got that from Moeen. The No. 7 batsman smacked Phehlukwayo for a six to announce his arrival before slamming left-arm fast bowler Beuran Hendricks for 21 runs in the 17th over. Moeen then hit Ngidi for 4, 6, 4 and 4 in the next over before getting caught at long-on in the final delivery of the over, but only after giving England the much-needed momentum. Stokes too finally found some rhythm and struck some lusty blows in the final two overs to take England past the 200-run mark.

South Africa needed an outstanding start from their openers and they got that from de Kock and Bavuma. The two took their time before opening their shoulders after the end of three overs. De Kock in particular went berserk and hit Moeen for three sixes in the fifth over to make his intentions very clear. He then got two more maximums off Tom Curran as South Africa managed 69 off the powerplay without losing a single wicket.

Meanwhile, Bavuma played the second fiddle to perfection and ensured de Kock had most of the strike. It looked like de Kock would take the game away from England before Mark Wood had him caught at cow corner. De Kock hit eight sixes in his innings before mistiming a full-toss that went straight into the hands of Stokes.

Bavuma too was dismissed by Wood for 29-ball 31 and that gave England bowlers a chance to make a comeback in this encounter. Coming in at No. 3, David Miller hammered Adil Rashid for two sixes in one over but Stokes removed the left-hander for 16-ball 21 to bring the equation down to 79 off 42.

With their top three back into the hut, South Africa failed to keep up with the pace of the game and Stokes and Chris Jordan sent down couple of quiet overs. With 59 needed off 30, van der Dussen and JJ Smuts had no other option but to start swinging at everything. Jordan however knocked over Smuts (13) and Phehlukwayo (0) on back-to-back deliveries with superb yorkers to put the entire responsibility on shoulders of van der Dussen. The right-hander hit Wood for two sixes and a four in the 18th over to ensure South Africa were still in that game.

The home team required 26 in the last two overs and van der Dussen and Pretorius played out Jordan very smartly but still managed 11 runs from the penultimate over, leaving 15 to get off the final. Pretorius couldn't connect Curran's first delivery but the sent the next two for a six and four to bring his team within touching distance of the target. Curran however pinned Pretorius right in front of the off-stump and Fortuin had three to get from the final ball and went for the scoop, only to end up ballooning it straight into the hands of the short fine leg.

The series-decider will be played at SuperSport Park, Centurion on Sunday.