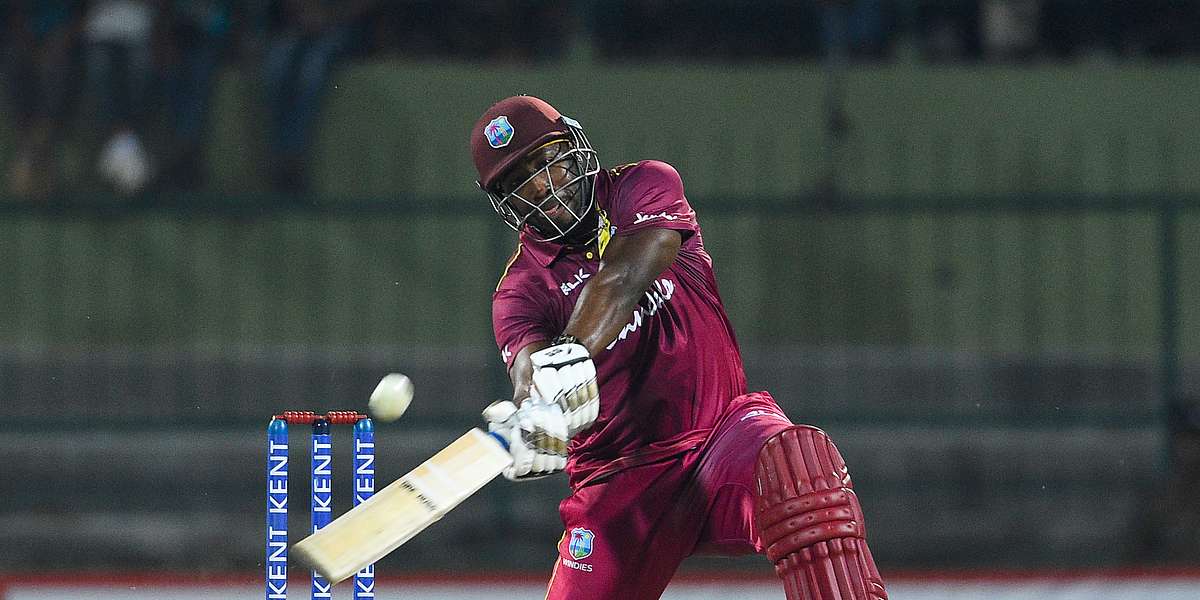 A superb all-round performance saw West Indies secure a seven-wicket win over Sri Lanka at the Pallekele International Cricket Stadium on Friday. As a result of this victory, the team from the Caribbean completed a 2-0 series win.

Chasing 156 for victory, West Indies lost the wicket of Lendl Simmons (9) early on but raced to 61/1 at the end of the Powerplay.

Brandon King was the star for the Windies at the start of their innings, scoring 43 from just 21 deliveries before he was dismissed by Lahiru Kumara. Most batsmen struggle against Lasith Malinga, but that wasn't the case with King here, with the West Indian opener hitting the Sri Lanka skipper for two successive sixes in the sixth over.

Rovman Powell (17) was promoted up the order and his 34-run third-wicket stand with Shimron Hetmyer more or less sealed the game for the West Indies. It required a stunning catch from Shehan Jayasuriya in the outfield to send Powell back to the pavilion. Fielding at deep square leg, Jayasuriya had to move backwards before taking a fine catch over his head. Then, his momentum almost made him touch the boundary rope as he fell over, but he had the presence of mind to throw the ball in the air to complete a memorable catch.

Powell's dismissal brought Andre Russell to the middle and it was all one-way traffic after that. The 31-year-old didn't waste any time to get going as he hit two consecutive sixes off the second and third deliveries he faced. He would hit four more sixes, scoring an unbeaten 40 from just 14 balls to guide West Indies to victory with three overs to spare.

Hetmyer played a handy knock for Kieron Pollard's side, staying unbeaten on 43 at the end of the successful run chase.

Earlier, West Indies took wickets at regular intervals to restrict Sri Lanka to 155/6 in their 20 overs.

After the visitors won the toss and put Sri Lanka into bat, the game got off to a dramatic start. The West Indians went up in appeal off the first delivery of the match before realising that the umpire had signalled a no-ball. Replays, though, showed that it was a fair delivery.

The drama didn't stop there as Avishka Fernando was struck on his pads off the fifth delivery of the same over. West Indies skipper Kieron Pollard didn't waste much time, taking a review after the on-field umpire had adjudged it to be not out. It turned to be a fantastic call by the umpire as the decision review system (DRS) confirmed that the ball hit Avishka's pads just outside the off-stump.

Avishka's stay in the middle didn't last long as he was bowled by Oshane Thomas for nine soon after.

A major problem for Sri Lanka was that their top-order batsmen got starts but weren't able to capitalise and make it count. First, just as Kusal Perera (15) and Jayasuriya (16) seemed to be consolidating Sri Lanka's innings, they were dismissed off consecutive deliveries by Fabian Allen just after the end of the Powerplay.

Then, Angelo Mathews and Kusal Mendis put on 33 runs for the fourth wicket before the latter was dismissed by Dwayne Bravo for 11. Mathews soon fell for a 22-ball 23 and Sri Lanka had lost half their side by the end of the 14th over.

Some big-hitting from Dasun Shanaka (31*) and Thisara Perera (21*) at the back end of the innings took the hosts past the 150-run mark.

Allen was the pick of the bowlers for the Windies, taking two wickets for 24 runs from his four overs.

With a T20 World Cup scheduled later this year, this is an important series win for the West Indies who hadn't won a T20I series in over a year. On the other hand, Sri Lanka have now lost their last seven completed matches in this format. 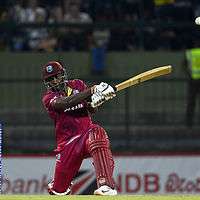