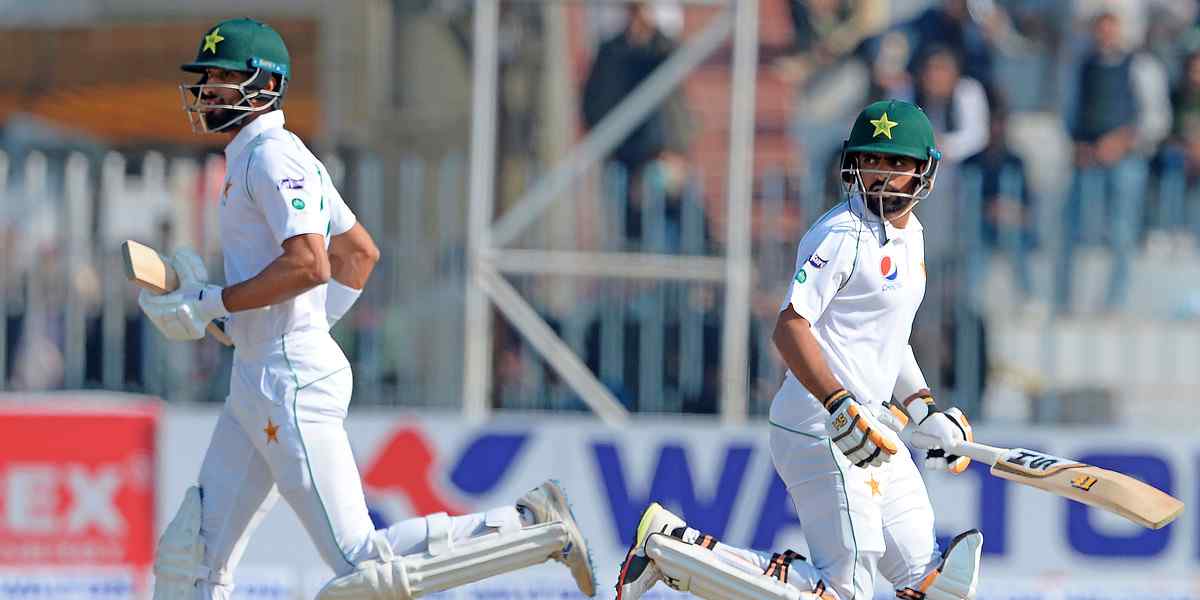 Pakistan lead by 109 runs with seven wickets in hand

Sparkling hundreds from Babar Azam and Shan Masood put Pakistan in command against Bangladesh on the second day of the first Test at Rawalpindi on Saturday.

Azam scored a career best unbeaten 143 for his third successive hundred in as many Tests -- fifth of a burgeoning career -- while opener Shan Masood made 100 as they pulverised a hapless Bangladesh attack at Rawalpindi stadium.

At close, Azam, on 143, was still batting with Asad Shafiq on 60, piling agony on the visitors during their unbroken 137-run stand for the fourth wicket.

Masood said he and Azam have done their jobs. "We have batted our way to take the team in a strong position and hope that the remaining batsmen come and score so that we can build a good lead," said Masood, who hailed Azam as world class.

"When Babar was coming out to bat the crowd chanted 'Babar, Babar' and that is the sign of a great batsman who is so popular."

Since his fighting century against Australia at Brisbane (104) in November last year, Azam has notched 102 not out and 100 not out against Sri Lanka in two Tests -- making this his fourth hundred in five Tests. In between he missed a hundred at Adelaide by a mere three runs.

He has so far batted for 276 minutes, smashing 18 boundaries and a six. His previous best score was 127 against New Zealand in Dubai in November 2018.

Shafiq also batted with confidence, having so far hit eight boundaries in his 111-ball knock.

But it could have been an early exit for Azam had Ebadot Hossain not dropped him off Islam at long-off when his score was only two.

That lapse cost Bangladesh dearly as Azam added an invaluable 112 for the third wicket with Masood, who also knocked his third Test century -- second in successive Tests.

Masood -- who was finally bowled out by Islam -- reached his hundred by hooking pacer Rubel Hossain for his 12th boundary. He reached three figures off 157 balls in 226 minutes of batting.

Islam (1 for 111) toiled hard as he bowled 27 overs on the trot since start. The only other successful bowler was paceman Abu Jayed whose figure read 2 for 66.

When Pakistan started their innings in the morning all focus was on Abid, who scored two hundreds in his first two Tests against Sri Lanka in December last year.

Another hundred would have equalled Indian player Mohammad Azharuddin's unique record -- three successive centuries in his first three Tests -- but Abid fell far short when he was dismissed without scoring.

He edged a short and wide delivery from Jayed into the hands of wicketkeeper Liton Das and trudged off to the pavilion heartbroken.

Azhar added 91 runs for the second wicket with Masood and looked set for a big score until he miscued a drive off Jayed and was caught by Najmul Hossain Shanto in the slip cordon. Azhar's attractive 34 included four boundaries.