'The Test: A New Era for Australia's team' – A bird’s-eye view of Australia’s redemption 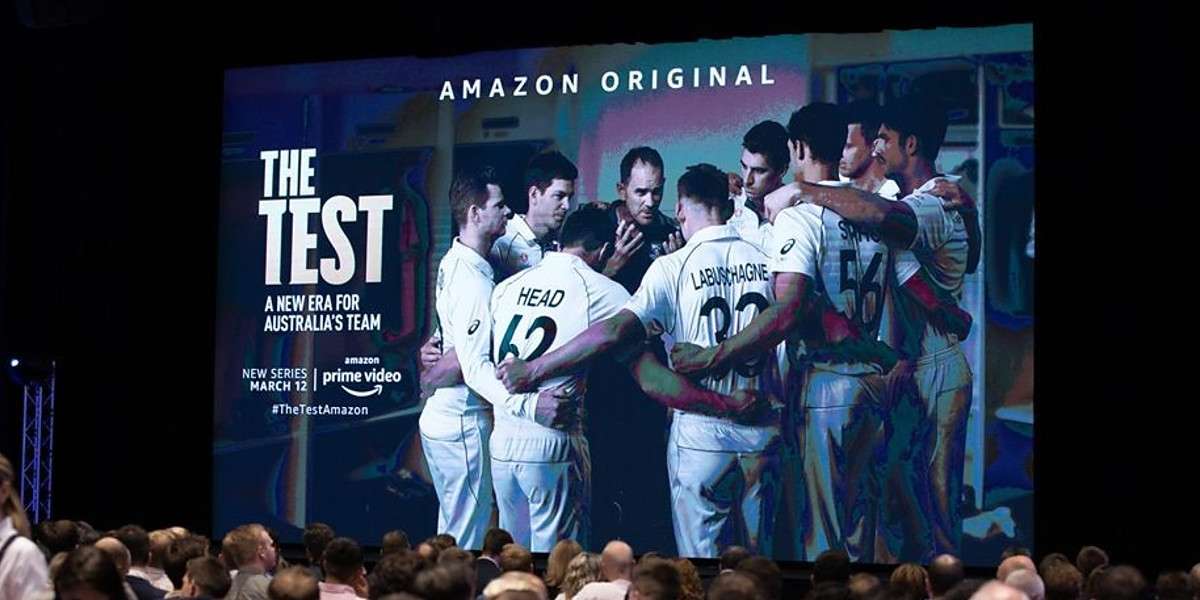 'The Test: A New Era for Australia's team' – A bird’s-eye view of Australia’s redemption

Australian cricket team’s image and reputation took a beating the day their then captain Steven Smith, his deputy David Warner and opening batsman Cameron Bancroft brought the game to disrepute by hatching a plan to change the condition of the ball in order to get some reverse swing. The press conference addressed on that day in Cape Town by Smith and Bancroft took the entire cricketing fraternity by storm and went as far as the Australian Prime Minister to condemn this act of ‘cheating.’

Cricket Australia dished out a one-year ban for Smith and Warner and handed a nine-month ban to Bancroft from all domestic and international matches.

‘The Test: A new era for Australia’s team’ – a eight-part docu-series, is all about Australia regaining their lost reputation, winning back the fans and more importantly, sticking together as a team and believing in the ‘process’ with new coach Justin Langer at the helm.  The series gives the fans a bird-eye’s view of the team meetings, the joy and the frustrations the team goes through in the dressing room and how Langer, the new head coach, keeps the team together through the highs and lows.

In between all this, there are a couple instances of player camaraderie shown, one between Marcus Stoinis and Adam Zampa, whose closeness often baffles their team-mates. “They are two of the rarest human beings, I’ve ever met in my life,” quips Langer. Limited-overs captain Aaron Finch further added, “They’re too close at times. Every photo they’re holding hands, just doing weird shit.”

Then there is the bond between Marnus Labuschagne and Smith, where the former spends literally all his time with Smith, which is very evident from the way he bats.

Langer is no stranger to coaching, having done a fine job at Western Australia, leading the team to two 50-over titles and also at Perth Scorchers, the team had gone on to win three BBL titles under his watch. Safe to say, Langer knew a thing or two about winning as a coach.

The series takes the viewers mainly through his journey of resurrecting Australia’s reputation, which had taken a huge hit. Tim Paine was appointed captain after the Cape Town episode, but it did not start well as Australia’s 492-run loss at the hands of South Africa was their second worst (by runs) and to make matters worse, they were whitewashed 5-0 in an ODI bilateral series at the hands of England.

It was clear Langer was still getting the hang of his job. It looked like the players too were not responding to his sort of coaching. Before the Test series against Pakistan in the UAE, he asks for honest opinions from the players, which is when he gets into a heated argument with Usman Khawaja. 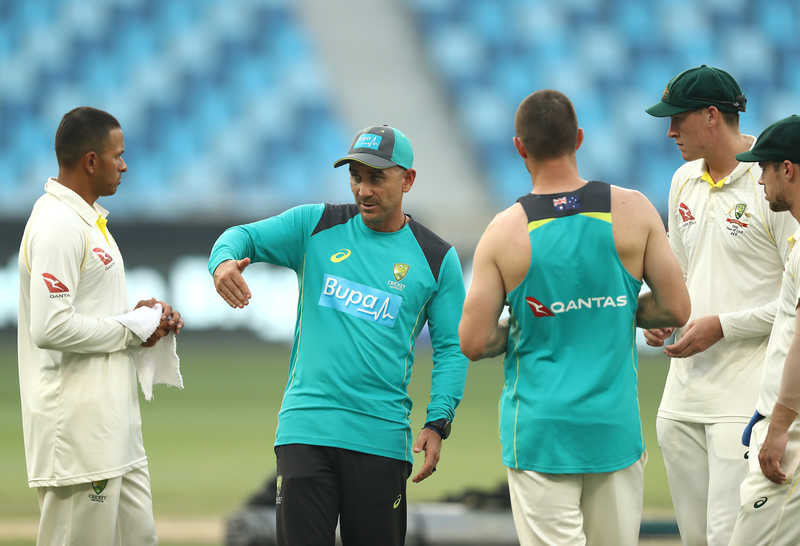 Khawaja: I think we were more worried about getting out than actually trying to execute better and execute well.

Langer: Yeah well what happens when you get out in a game?

Langer: Well what are you worried about?

Khawaja: I’m worried about harping too much on negatives

Langer: Well don’t get out. What we are saying, is we’re not going to accept you getting out, because, for the last 20 times in Australian cricket, we’ve had 20 batting collapses. 20 f***in’ batting collapses! We’ve got to get better at it. It’s got nothing to do with how we set up the net session, because the Pakistanis, they might put 10 blokes around you. This isn’t f***in’ fair. Or they might put 10 blokes on the boundary. Oh, this isn’t going to suit my f***in’ style. You’ve got to deal with it. You’ve got to deal with it in Test cricket. So we’re going to put pressure on you. Now if you guys want to say, ‘this isn’t suiting my f***in’ style,’ no worries. It will suit your style when we don’t have f***in’ 20 batting collapses every time we play for Australia.

The conversation was easily one of the most riveting parts of the entire series, but that was not the last time these two would get into an argument. In fact, following the loss at the hands of India in the MCG Test, Khawaja, while speaking for the entire team, said that the team was a little intimidated by Langer and it was a case of ‘walking on eggshells’ when they were around Langer.

This came as a huge blow for Langer, especially after having witnessed the highs of a big win in Perth to level the series, to lose at Melbourne, after which the team felt downcast, bringing back memories of their gigantic loss against Pakistan in Abu Dhabi, after doing extremely well to draw the first Test. It was a similar case in Melbourne.

In the series against India, while Australia’s plans largely focused around how to get Virat Kohli out, they also had to prepare for his on-field antics of trying to get under the skin of the opposition. However, Paine was of the belief that he should be completely ignored, but he could not take it any longer and in the Perth Test, he gave it back to Kohli.

"The plan was not to talk to him when he was batting, when we were batting, it’s kind of up to the individual what they want to do. I sort of just had enough and thought you also have to stand up for yourself and your team-mates and that was one of the reasons I thought, 'no, I’m the captain, it’s my turn, I have to stand up and show him we’re here for the fight,’” Paine narrated.

It was ironic because the old Australian team, comprising of the Pontings, the McGraths and the Waughs, would ideally be trying to distract the opposition with some words of their own, but the fact that Australia now have to counter that, shows how the dynamics have shifted over the years and that is well-acknowledged in the series.

After serving their lengthy bans Smith and Warner along with Bancroft are reintegrated back into the side ahead of the World Cup. The squad take a trip to Gallipoli in Turkey to pay homage to the thousands of Australians who lost their lives in the Battle of Gallipoli to further strengthen the bond within the team and to further drive home Langer’s point of ‘We, not Me.’

However, the series brings us to a quick welcome of the former captain and vice-captain from Langer, who then lets the two share thoughts of how the year gone by has been. However, what they do not show is the players’ reaction or words upon having them back, which could have added little more of a sentimental value.

Be it in the World Cup or in The Ashes, Warner and Smith copped quite a few harsh words from the crowds, calling them cheats. The duo however, were unfazed by those chants and went on with their business. In fact, Warner finished as the second highest run-getter in the tournament behind Rohit Sharma.

Australia made it to the semi-final, but lost to eventual champions England. But they were in excellent form leading up to the ODIs despite the hot and cold form of skipper Finch, which has been discussed a lot in the lead up to the ODI series against India, where he struck form. More importantly, Australia won the series 3-2 after being 2-0 down. However, the series does not acknowledge the 5-0 thrashing Australia handed out to Pakistan in the UAE before the World Cup. That win would have surely given a huge boost going into the World Cup.

There is also no mention of what went on in the dressing room when Kohli asked the Indian contingent in the crowd to cheer for Smith instead of booing him during their match in the World Cup.

The Ashes saw some thrilling contests seen through the eyes of the dressing room. None better than the Jofra Archer vs Smith battle. When Smith got hit on the head by Archer, Warner, who was at slip when Phillip Hughes was hit by a fateful bouncer in 2014 recalled, “When I saw him go down we were all like ‘not again’, please it can’t happen.” 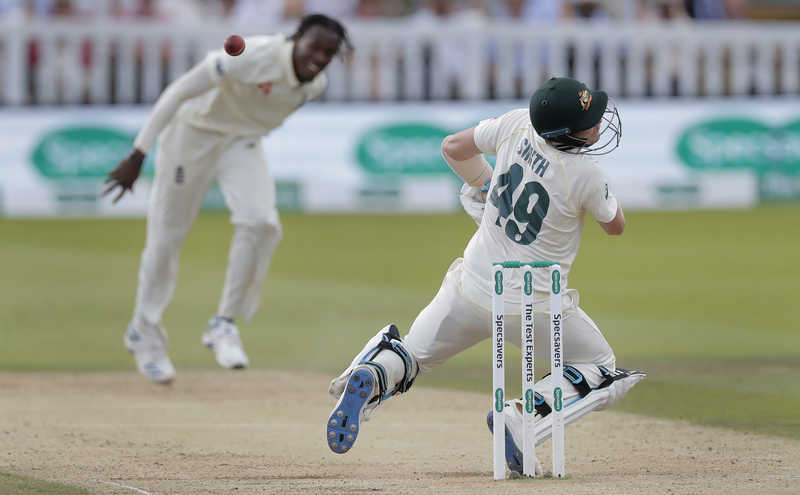 Khawaja added, “We never thought it would happen. Never thought you could get hit in the head and die from it. And that never crossed my mind, growing up, playing cricket, until it actually happened to Hughesy.”

Warner confiding in Langer, saying,” That’s where Hughesy got hit” when Smith was down was an indication of how the team had not moved on from the incident that took place more than five years ago and in all likelihood they may never get over that.

From starting the series by getting booed and abused from the crowd, Smith turned things around with monumental efforts in the series, to in the end walk off to a thunderous applause from the crowd after his final innings at The Oval – much like how Australian cricket has turned around since the ball-tampering episode. In between, he had scored 774 runs at 110.57 in the Ashes.