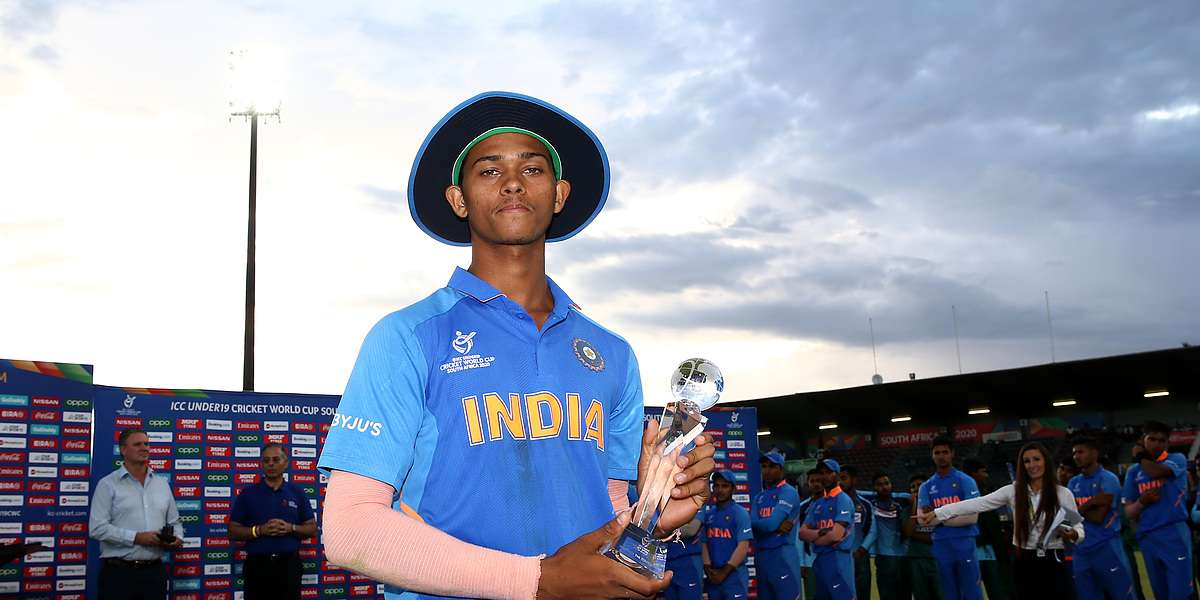 Player of the U-19 World Cup, Yashasvi Jaiswal, says practising on astro-turf pitches before the tournament helped him excel on the bouncy tracks in South Africa.

Jaiswal was also the highest run-getter in the tournament with 400 runs in six innings, including an unbeaten hundred against Pakistan in the semifinal.

Jaiswal, who is seen as the next young gun to make it big, said during the tournament he also learnt how to bat under pressure.

"It was a very good experience, to play in a different country, where the wickets were also different. And I enjoyed batting as I was batting for longer duration in the games as well as in the nets.

"I learnt a lot while playing and also learnt on how to deal with pressure, as pressure was there during most of the games," the left-handed opener said.

Jaiswal said his century against Pakistan was "an important 100" of his life.

Both Jaiswal and his opening partner Divyansh Saxena gave India good starts during the event and he acknowledged the role played by his Dadar Union teammate.

"Whenever I was in a hurry or went for a big shot, we spoke to each other. At such times, Diyvansh used to tell me 'keep playing, a lot of time is left in the game, we will score runs'," he said.

Jaiswal, who sold pani puris and lived in a tent in his early playing days in Mumbai, also expressed his gratitude for junior chief selector Ashish Kapoor who suggested that he could open the innings for India U-19.

"All the U-19 selectors helped me a lot. It was because of Ashish Kapoor sir that I was able to open. I would like to thank all the selectors and coaches," he added.