Of the bowlers with 200 or more Test wickets, only Marshall, Garner, Ambrose, Trueman and McGrath have superior averages

Ask any cricket fan to list the game’s best fast bowlers and names like Lillee, Lindwall, Larwood, Trueman, Marshall, Hadlee, Steyn, Ambrose and McGrath are likely to pop up. One name that won’t ever be mentioned, however, is that of Vernon Philander. Yet the South African seamer’s 220 wickets from 61 Tests at an average of 21.99 and a strike rate of 49.9 are statistics fit to hold up against any in the game.

Of the bowlers with 200 or more Test wickets, only Marshall, Garner, Ambrose, Trueman and McGrath have superior averages, and only Steyn, Waqar, Marshall, Donald, Starc and Trueman have better strike rates.

This means that Philander has taken wickets at a faster rate than Lillee, Ambrose, Hadlee, Walsh, Akram and Holding and has snaffled them at a more miserly rate than Marshall, Donald, Steyn, Shaun Pollock and Imran Khan.

So why then is Philander not nearly as revered as the legends mentioned above? Why then is he so underestimated and underappreciated?

For answers we should probably look at the man and his methods. He doesn’t really strike you as a fast bowler. He is not tall and lithe like Ambrose or Holding, nor does he appear to be as coordinated and athletic as Steyn or Donald or Marshall. He actually has a slight paunch, not something you often see on a fast bowler. His approach to the wicket is, at first, stuttering then steady, rather than smooth and flowing. He does not propel the ball with daunting pace nor command it with sharp, each-way swing.

What he has is the ability to largely land a cricket ball wherever he wants to. Accuracy, is his greatest weapon.

Accuracy is the one attribute that all elite bowlers must possess. It is the one quality that enable them to exploit all their other strengths, whether it be swing or seam movement, high pace, or an ability to impart substantial spin.

Without accuracy all these attributes will be frequently wasted. It’s like having a highly destructive missile fired by a weapon with faulty sights. Bowlers like Shaun Tait and Patrick Patterson, for instance, were certainly not slow, yet nobody would accord them a place in the top bracket. “Fast is fine,” said Wyatt Earp, gunslinger and victor of the celebrated Shootout at the OK Corral, “but accuracy is everything.”

Philander’s methods are simple. Over after over is delivered with unremitting accuracy and an upright seam. The movement, whether through the air or off the pitch, while hardly ever exaggerated, is often enough to concern even the best players. More importantly, the line, length and movement are often enough to locate the edges of searching blades or to threaten the batsman’s stumps.

Unable to bludgeon opponents into submission, he preys on impatience and challenges judgement. He demands the utmost attentiveness. Batsmen are offered no respite.

I once suggested to some enthusiasts with whom I often discuss cricket, that of all the bowlers I had seen, Philander was the most immaculate in length and direction. Obviously, they countered, I had never seen the likes of Curtly Ambrose or Glenn McGrath.

They knew, of course, that I had very high opinions of both, but my assertion seemed so outrageous that they believed it bordered on the heretical. Yet the more I saw of Philander the more I was convinced. This is not to say that he is better than those two champions; they had other gifts that the South African lacks – eliciting steeper bounce, for example. It’s just that the control Philander exerts over line and length is second to none.

If Philander’s kind of bowling sounds all too easy then rest assured that it is not. Bowling at the highest level is a difficult art to master. Nobody sprays the ball around on purpose, or pitch it incessantly too short or too full. Former fast-bowling great, Ian Bishop, revealed some time ago during a commentary stint that he swore in one game that he was pitching the ball on a very decent length, only to be shown by the wicketkeeper that he was pitching it somewhat shorter than he thought.

It says something that Philander spent most of his Test career in the company of the wonderful Dale Steyn but was hardly ever overshadowed by him. He would have, it is likely, held his own in any group of fast bowlers from any era.

Now, I can already hear the rants about the great West Indies four-pronged attacks of the seventies and eighties. It is true that he would have lacked the intimidatory factor Roberts, Holding, Croft, Garner and Marshall exerted. But he would certainly have collected his fair share of wickets.

Many of us are easily infatuated with the flashy player – the one capable of explosive pace or jaw-dropping strokeplay. Take, for instance, the fuss made over Jofra Archer during the Ashes series. As good and as exciting as he is he had only played a handful of international games and so all the adulation was probably a bit premature.

We tend not to fall in love as quickly with the player who is more workmanlike in nature. The honest trier, reliable in technique and threat-level, is not as attractive to the fans as those viewed as outstanding talents, even if just as effective.

It took steadily excellent performances over a number of first-class seasons for Philander to be asked to bowl for his country in Tests in 2011. He made ODI and T20I debuts in 2007 and has reasonable numbers in the limited opportunities he had in White-ball cricket. But it is the game’s longest version for which he was most suited and it is in that format that he most thrived.

After only seven Tests, all of them in South Africa and New Zealand, he became the second fastest bowler to 50 wickets. Having begun with such a bang it is not surprising that he has slowed down somewhat as he encountered less favourable wickets, as opponents became more familiar with his methods, and, perhaps, as his powers waned. Still, even during this last Test against England at Centurion and especially in the first innings when he nudged out four batsmen for just 16 runs off 14.2 overs, he showed that he can still be as demanding and as deadly as ever.

Recently, he announced that this current English series is to be his last for South Africa. “I feel it is an appropriate time,” he said, “to conclude what has been an amazing journey.” Word has since come that he will join English County Somerset as a Kolpak player and he is also likely to continue playing in the Mzansi Super League for Blitz. Batsmen are therefore not rid of him yet, and aged only 34 there should be quite a bit left in him.

In closing I’ll add this: Vernon Philander was underrated by many throughout much of his career. Yet if the history of the game is recorded accurately, he will be regarded as one of the very best. 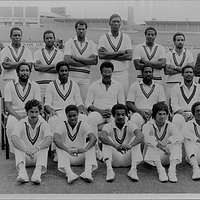 NEWS
Aggression can't be taught, it should flow naturally in pacers: Ambrose
Ambrose, who took 405 wickets in 98 Tests at an outstanding average of 20.99, said if one can make the ball talk, there is hardly any need to sledge the batsmen 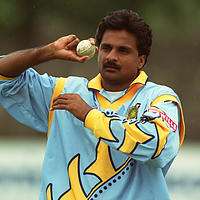