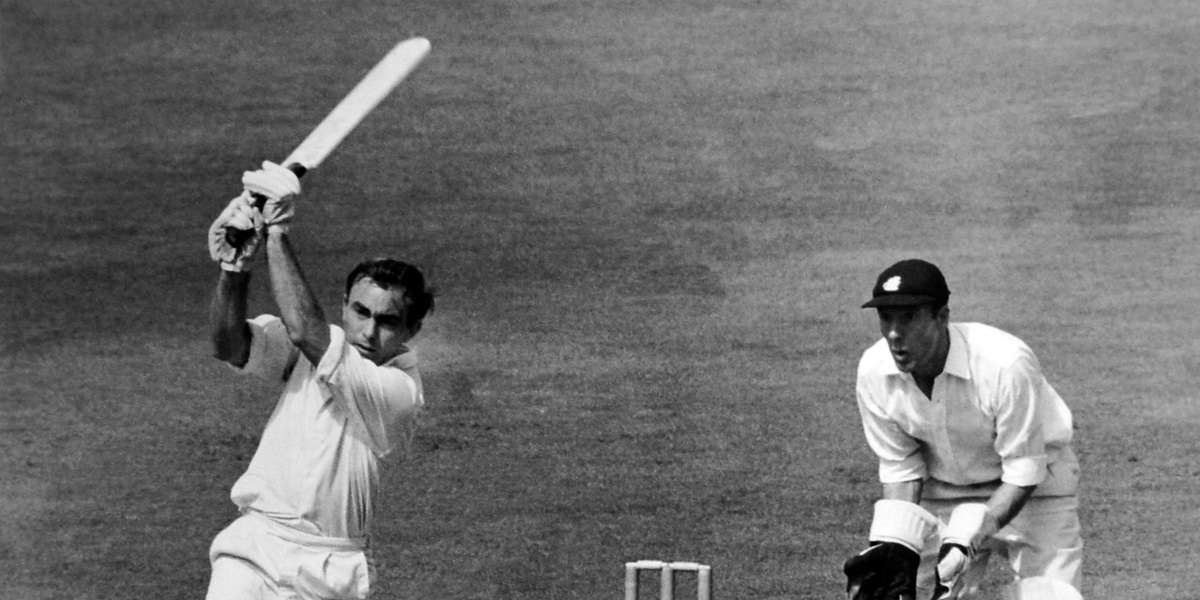 On this day, in 1965, England’s John Edrich scored 310 runs not out in a Test against New Zealand at Headingley that included a record 57 boundaries

John Edrich came from an illustrious cricket family from Norfolk. Four of his cousins played first-class cricket. Though the left-hand opening batsman had limited abilities to score most of his runs on the offside, he is recognised as one of the most prolific batsmen of his time. Making his Test debut in 1963, he went on to play 77 Test matches for England in 13 years.

When he played his last Test on July 8, 1976, he finished with 5138 runs – the 7th Englishman to score more than 5000 Test runs, then. The ODI format was taking baby steps during his time. Edrich was part of the first-ever ODI match that was played between England and Australia at Melbourne Cricket Ground in 1971. Opening the batting with Sir Geoff Boycott – Edrich scored 82 of England’s total score of 190. Though Australia went on to win the match, Edrich was adjudged the player of the match.

Apart from many exploits on the cricket field, Edrich holds a record that still holds to this day. On his way to scoring 310 not out against New Zealand on 9th July 1965, Edrich scored 238 runs in boundaries. Though many swashbuckling modern batsmen like Brian Lara, Matthew Hayden and Virender Sehwag have scored Test triple hundreds, later on, none has scored more runs in boundaries in a Test innings than Edrich.

Coming into the game, England already had sealed the three-match Test series by an unassailable 2-0 margin against the Kiwis.

For the first two matches, England’s settled opening pair of Geoffrey Boycott and Bob Barber had initiated proceedings. For the third match, Boycott and number three batsman Ted Dexter were injured and England had to call John Edrich as an opener and Ken Barrington to bat at number 3.

Before this match, Edrich had a slow but decent start to his Test career. He made his Test debut in 1963 against West Indies and failed to score and later was dropped for the South Africa tour. He got an opportunity during the tour to India in 1964 and could play only two Tests due to illness scoring 41 and 35 respectively. Before his recall, in the 12 Test innings, he had aggregated 340 runs with just a solitary fifty-plus score (120) at a modest average of 28.33.

A chance, ‘by chance’

It was cold and chilly at Headingley during the 3rd Test. Bob Barber and Edrich opened the innings after England elected to bat first. The hosts lost Barber early on. Then came Barrington, who accompanied Edrich throughout the day and both scored a century each. Edrich was just 6 runs away from his double century with England ending the day at 366 for 1. Though New Zealand’s fielding was flawless, they could not restrict England’s fierce pair.

On day two, Barrington was dismissed for 163, leaving England 382 for 2. The partnership had yielded 369 runs. Their partnership is the seventh-highest partnership for the second wicket in Test history. 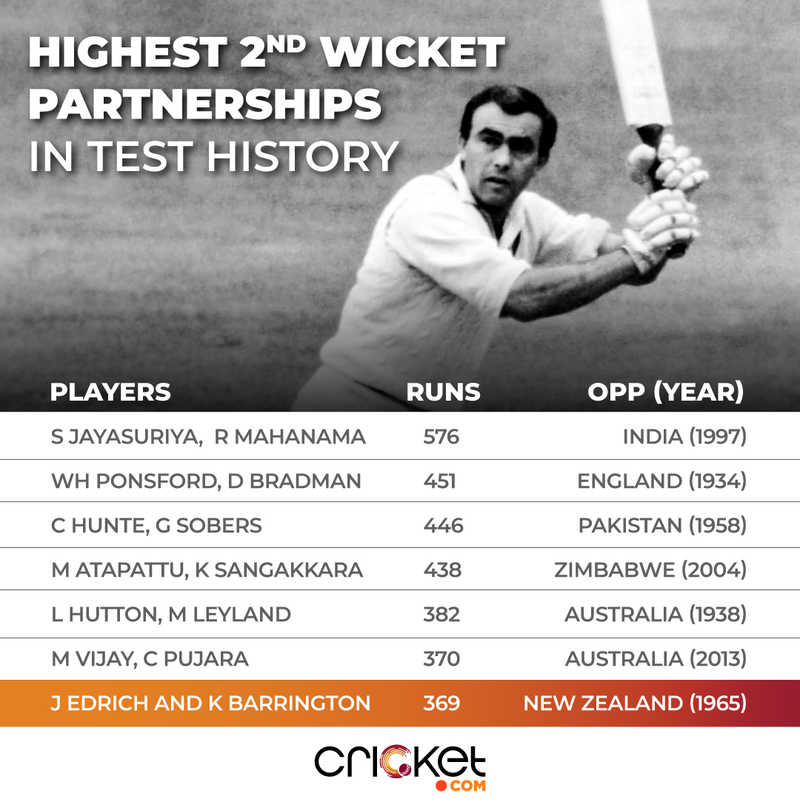 Edrich kept going and hogged the headlines with an exceptional unbeaten 310- run knock off 450 deliveries. He needed 55 more runs to surpass Sir Garfield Sobers’ 365 that he scored against Pakistan in 1958 at Kingston. But England captain Mike Smith declared the innings at 546 for 4 on day 2.

In response, New Zealand were bundled out for 193 and then were asked to follow on. In their second innings, they were dismissed for 166. England won the match by an innings and 187 runs to complete a 3-0 whitewash. Out of 310 runs, Edrich fetched 238 runs larruping 52 boundaries and 5 sixes in the innings. He accumulated 76.77% of his total runs in boundaries. 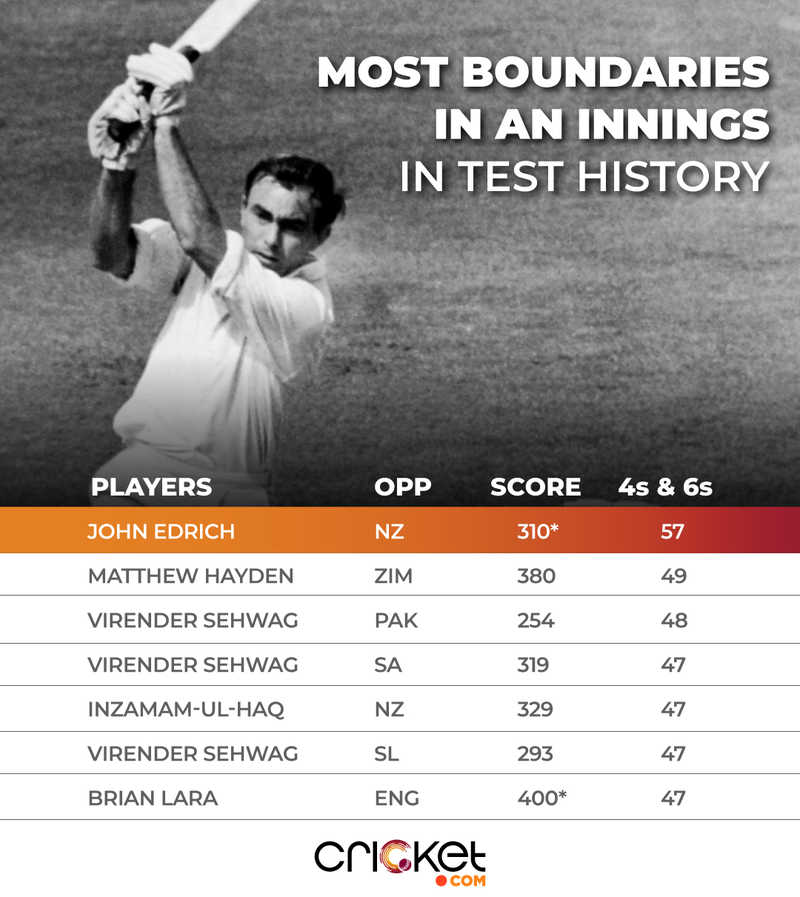 By scoring 310 runs, Edrich became the only batsman to score more runs in boundaries in a Test innings and no player has surpassed this record yet. 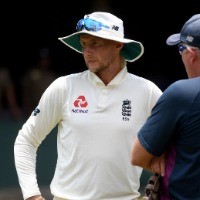 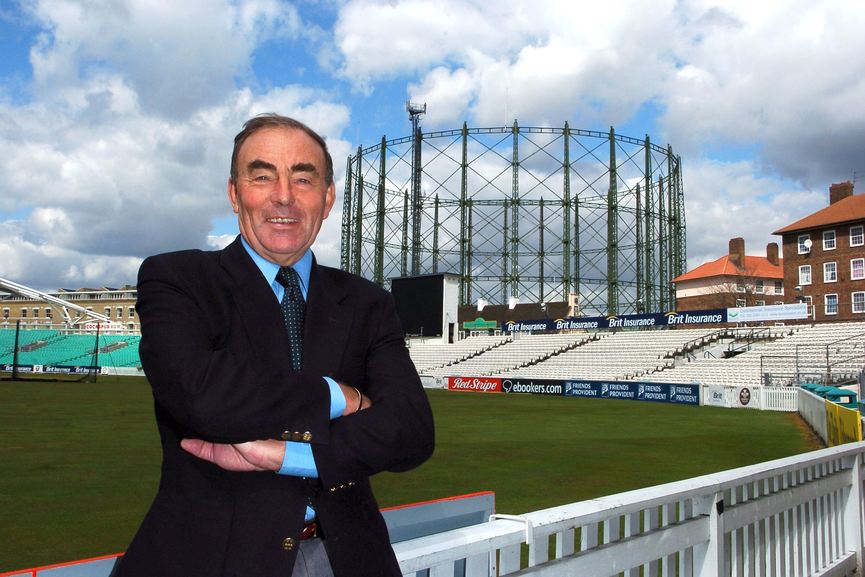 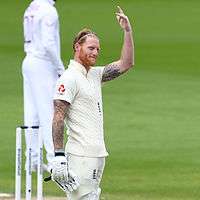 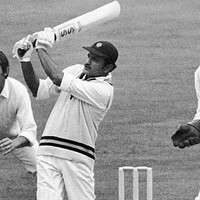 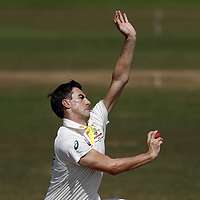