A batting Zion in the 1st innings, a purgatory in 2nd as spinners take control 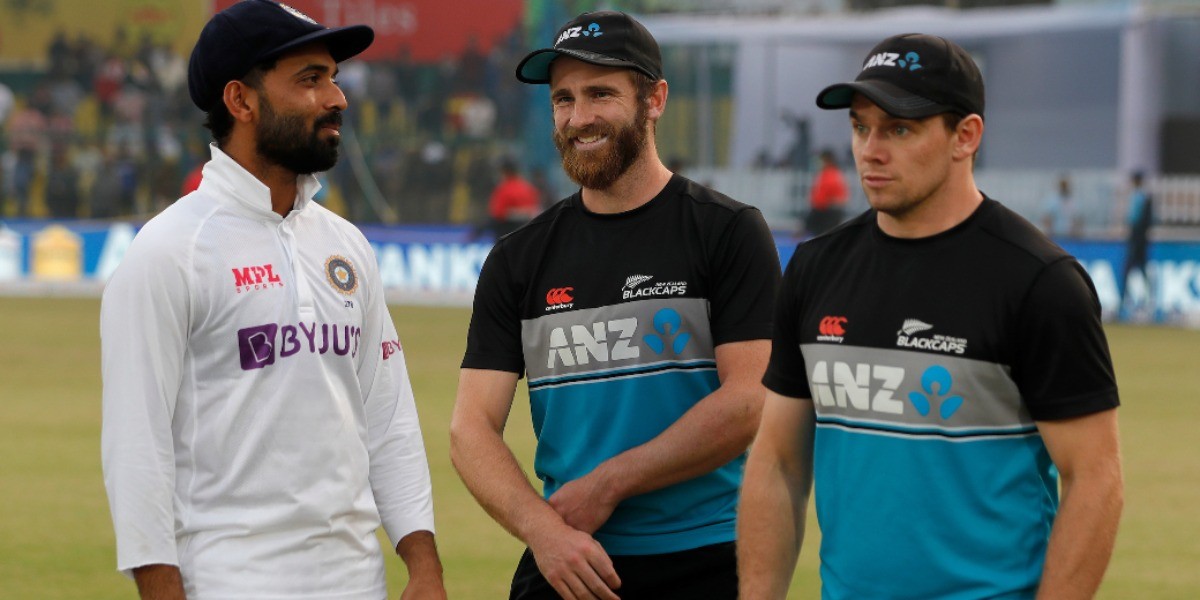 A batting Zion in the 1st innings, a purgatory in 2nd as spinners take control

The pitch at Kanpur was a good one. It had something for everyone, the odd ball turned, there was swing for the pacers, variable bounce and mainly, there wasn’t too much for the spinners from the center (middle stumps line) of the pitch. This made batting a bit easier for New Zealand in the fourth innings and settle for a draw. The newly appointed Indian head coach, Rahul Dravid donated Rs 35000 to the groundmen as a gratitude for preparing a sporting pitch.

As we head into the conclusion of this series and the last home series of the year, the concentration shifts towards Wankhede as to how the pitch behaves? The last Test played at this venue was in 2016 against England, 1816 days or 4 years and 355 days ago.

This is the biggest gap between matches at Wankhede. Prior to this, from November 1988 till February 1993, no matches were played for 1542 days or 4 years and 81 days.

In Asian conditions, the success mantra is to bat long and big in the first innings. At Wankhede, it is not different, but it is the only mantra to success. In Tests since 2010, teams have scored at an average of 440 in the first innings (both 1st and 2nd innings combined). Only in Rajkot (464) and Chennai (446), the average scores have been higher in this time frame.

In other words, batting teams have lost a wicket every 44 runs in the first innings. Across the globe where a minimum of three matches has been played at a venue, only in Khulna (47.4) and Chennai (46.3) batting teams average more. 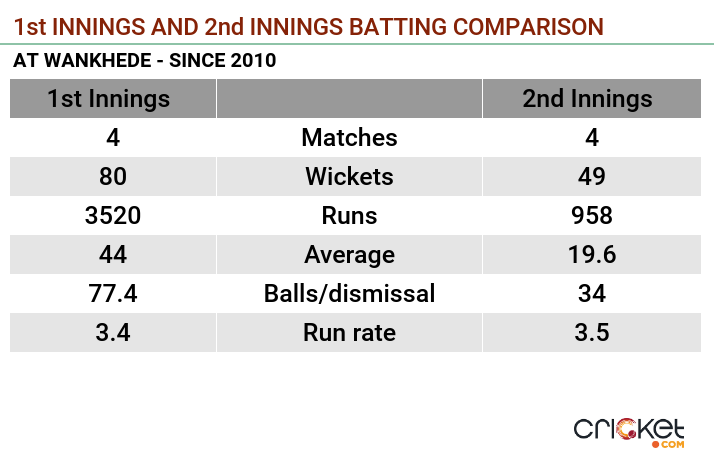 SPINNERS TAKE OVER IN THE SECOND HALF 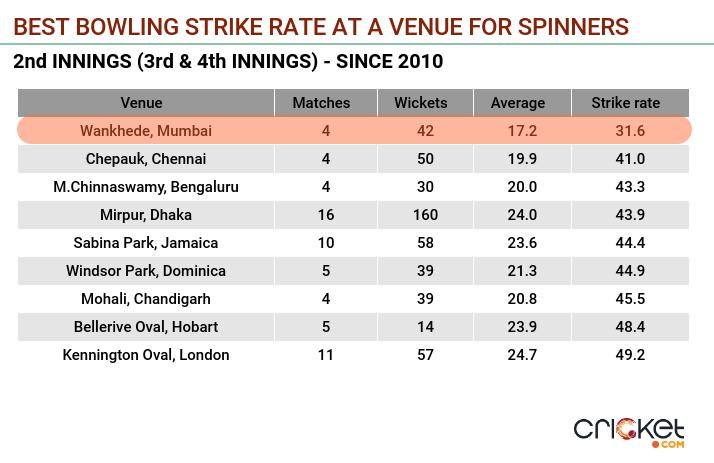 Among venues that have witnessed three or more matches, the strike rate and average of spinners at Wankhede are the best. In no other venue does the strike rate reduce to less than 40. In comparison, the spinners have picked up a wicket every 67.5 balls and 35.7 runs in the first innings.

WHAT SPECIAL IS IN STAKE FOR NEW ZEALAND?

A monumental effort in the first Test helped New Zealand draw a Test match and break a 14-match streak of win or loss in India, which was the biggest in the country. Heading into the second Test match with all results possible, New Zealand have a chance to reckon history.

In Tests, this is the 12th Test series New Zealand have played in India starting from 1955. In the 11 prior to this series, they have drawn twice and have lost the rest and India are the only Asian team against whom they haven’t won a series in Asia. If they manage to win this, Kane Williamson will enter into the history books as the first New Zealand captain to beat India in India.

Apart from that, India have been invincible at home post their home series loss to England in 2012. Since 2013 in home Tests, India have played 13 series prior to this and haven’t lost or drawn a single one of those. If New Zealand even manage to draw this Test, it would be one of the biggest accomplishments in recent times.

On another note, the return of the Indian captain, Virat Kohli, will boost the morale for India and he will definitely be a thorn in New Zealand’s way. The returning skipper has fantabulous numbers at the Wankhede in Tests. In four matches, Kohli has scored 433 runs at an average of 72.2 with three fifties and one century that was converted to a double.