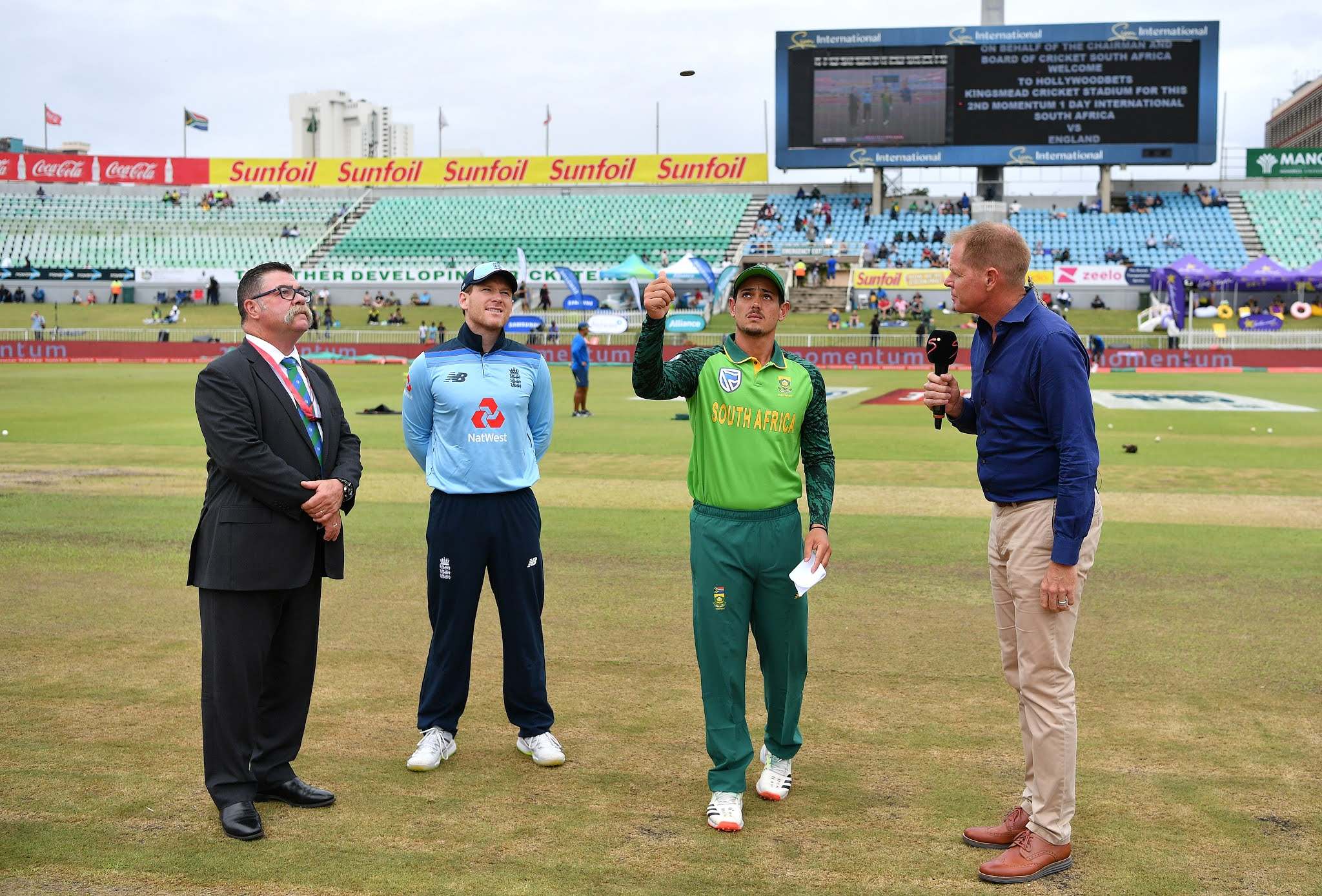 The return to international cricket has not been great for South Africa. While their stars - Quinton de Kock, Faf du Plessis, Kagiso Rabada, Anrich Nortje - put up splendid individual performances during the 2020 IPL, playing as a unit along with an inexperienced core only took them to a 0-3 whitewash in the T20Is against England. The focus now shifts to the ODIs.

They are also emboldened by the inclusion of Rassie van der Dussen, who did not play South Africa’s previous ODI series and struck an excellent 74 in the third T20I. Although, they will continue to miss Kagiso Rabada as the leader of their bowling attack.

While England’s batting takes care of itself despite no Stokes, there may be a few holes in their bowling line-up in the absence of Archer and Sam Curran. Chris Woakes becomes the leader of the attack but others are short of ODI experience of late. Tom Curran has been given a long rope but has been ineffective. Reece Topley, coming from a long injury lay-off has played a solitary ODI this year while Mark Wood has featured in only two of them. Lewis Gregory, yet to earn an ODI cap is the only other option in the squad.

This gives South Africa one area to exploit. De Kock, especially, did not get runs in the T20Is and will be waiting to explode. He has been South Africa’s highest scorer in ODIs since 2018, accruing 1,329 runs. However, in du Plessis’ absence, who is rested from the first ODI, the responsibility will be on him to see the team through with the bat. The last time these two sides locked horns in Cape Town, de Kock steered South Africa to an easy win with a hundred.

Malan, Smuts, Klaasen, David Miller were amongst the runs when South Africa last appeared in ODIs. However, van der Dussen also vouches for inclusion, given how he batted in the third T20I. It will be interesting to see who warms the bench. There could be a possibility that Smuts wins the race as he provides the sixth bowling option as well.

The only thinking England need to do is regarding the number six spot. Do they continue with Sam Billings who has shown spark to take the spot in the longer run or do they go back to Moeen Ali to roll his arm over in Stokes’ absence? The fact that Root has bowled a fair bit this year works in Billings’ favour. Mark Wood did not feature in the T20Is and should be taking Archer’s spot to intimidate the opposition with pace.