A mundane draw looms large as Day 3 is washed out 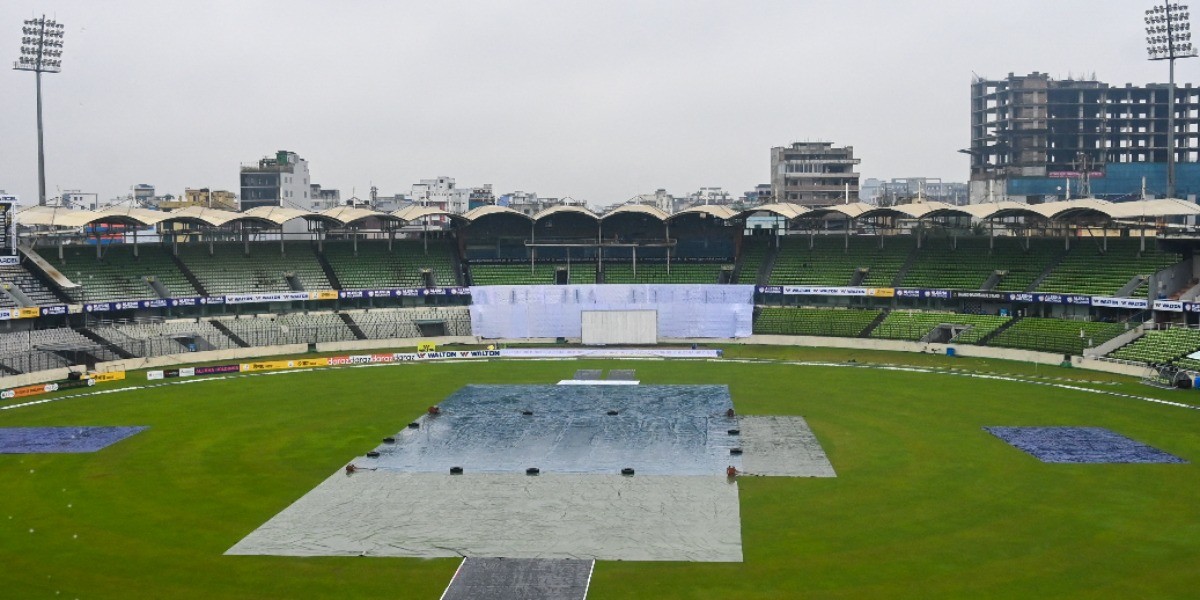 A mundane draw looms large as Day 3 is washed out

The third day's play of the second Test between Bangladesh and Pakistan at the Shere Bangla Stadium, Mirpur has been called off due to rain. The rain did not even allow the players to travel from their hotels to the ground.

The overnight rain in Dhaka did combined with some more showers in the morning ensured that the covers were on throughout and there was no chance of even an inspection.

Only 63.2 overs have been bowled in the Test so far with Pakistan currently placed at 188 for 2 with skipper Babar Azam batting on 71 while Azhar Ali has scored 52 so far. The duo have added 118 for the third wicket after Pakistan lost openers Abdullah Shafique (25) and Abid Ali (39) in quick succession in the first session of Day One.

Taijul Islam has been the only wicket-taker for Bangladesh with 2 for 49 thus far.

Despite weather interruptions and bad light, Bangladesh managed to squeeze in 57 overs on the first day, but could bowl a further 6.2 overs the next day - a period that saw Azhar reach his 34th Test fifty. Surprisingly, skipper Mominul Haque did not use spin at all in the short period on the second day.

Things may not improve on Day Four as well. The rain is expected to reduce over the next couple of days, but it could have already done enough damage to the outfield. There is also a fear of the light fading away quickly to further add to the woes. As a result, there does not seem to be any chance of us having two full days of Test cricket.

On Day One, Pakistan won the toss and elected to bat. They went into the match unchanged. Bangladesh, on the other hand, made three changes to their XI with Shakib Al Hasan returning to the XI after missing the first Test at Chattogram.

Mahmudul Hasan Joy was handed his maiden Test cap, after Saif Hassan was ruled out after being diagnosed with typhoid. Abu Jayed too made way for Khaled Ahmed, who is playing just his third Test for Bangladesh.

Pakistan lead the two-match Test series 1-0 after a comprehensive win in the first game in Chattogram. With this match heading towards a draw, we could see Bangladesh clinch their first points of the new World Test Championship (WTC) cycle.