A note to Rahul Tewatia 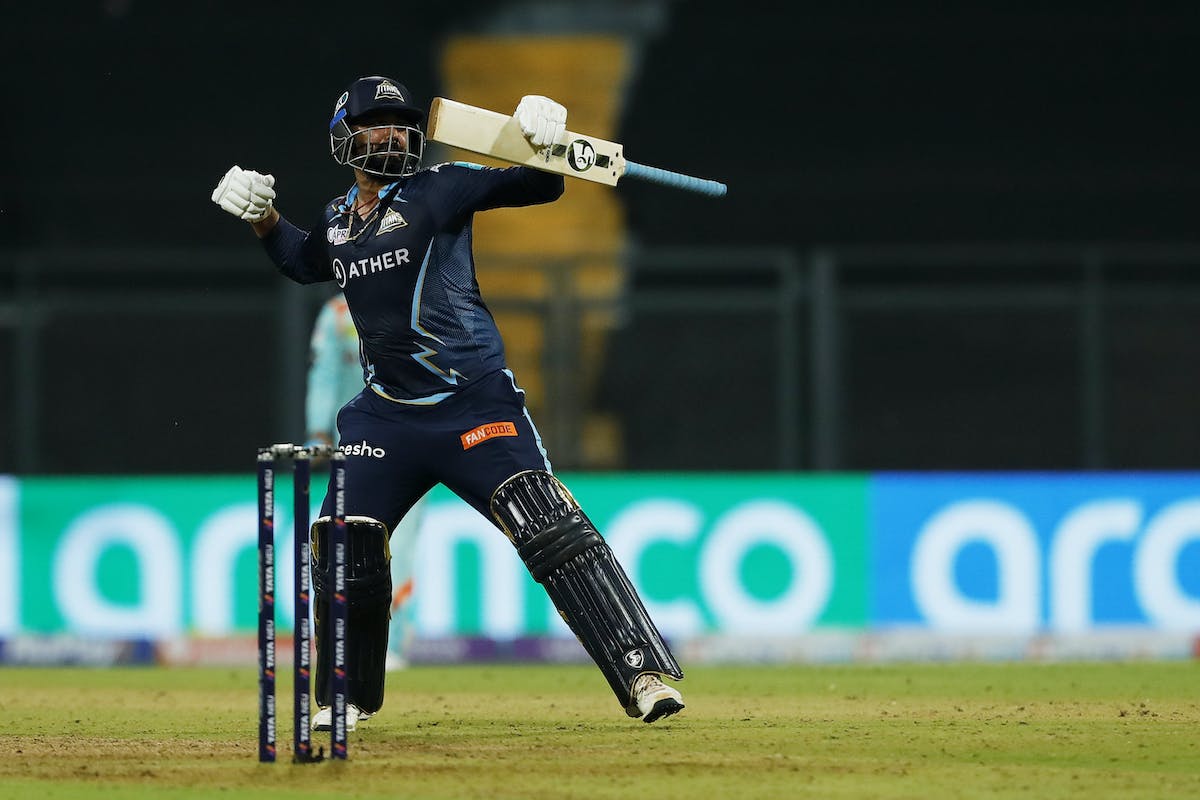 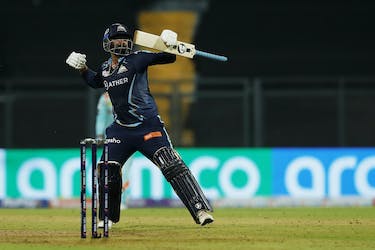 A note to Rahul Tewatia

Thank you for challenging perceptions, for re-opening the selection debate, for making us look at the role of a finisher

You may not ever play for India. If you had to, you should have in the previous T20 World Cup. But then that night happened. Again. You’re a repeat offender, offending the sensibilities of these written scripts, that proclaim repeatedly who are the chosen ones.

You are not the chosen one. Yet you choose to be. Perhaps you know what they refuse to know. Perhaps you know, you play with freedom - with a middle finger to everything that is stacked up against you.

That in itself is beautiful. To play with freedom. Very few do. The great Indian stars, once they become great or on the threshold of greatness, cannot.

You are an Indian star. But you are not great. You may never be great. That is a blessing. Great Indian stars are Virat, Rohit, Rishabh, Jasprit, Hardik and Mahi.

But you, Rahul, you achieve great things. You take the uncertainty and shove it somewhere deeply painful in the opposition’s unmentionables.

There will be jokes. Jokes in awe of you. That Tewatia pulled off a Tewatia. Again.

Do you realise what that is? Tomorrow if one of those bigger names pull off something similar, they will be pulling off a Tewatia. It will be spoken as such on air. And not just by Graeme Swann.

Secretly, they are in awe of you. As they shepherd their flock, without the freedom to let loose their own batting.

There are two designated Indian greats in your team, Gujarat Titans: Shubman Gill, who opens the batting, and your skip, Hardik Pandya, who opens the bowling and bats at four. Both have played for India. And when they don’t play for India, India waits for them to turn up. To turn a corner. To regain form. To rehabilitate. 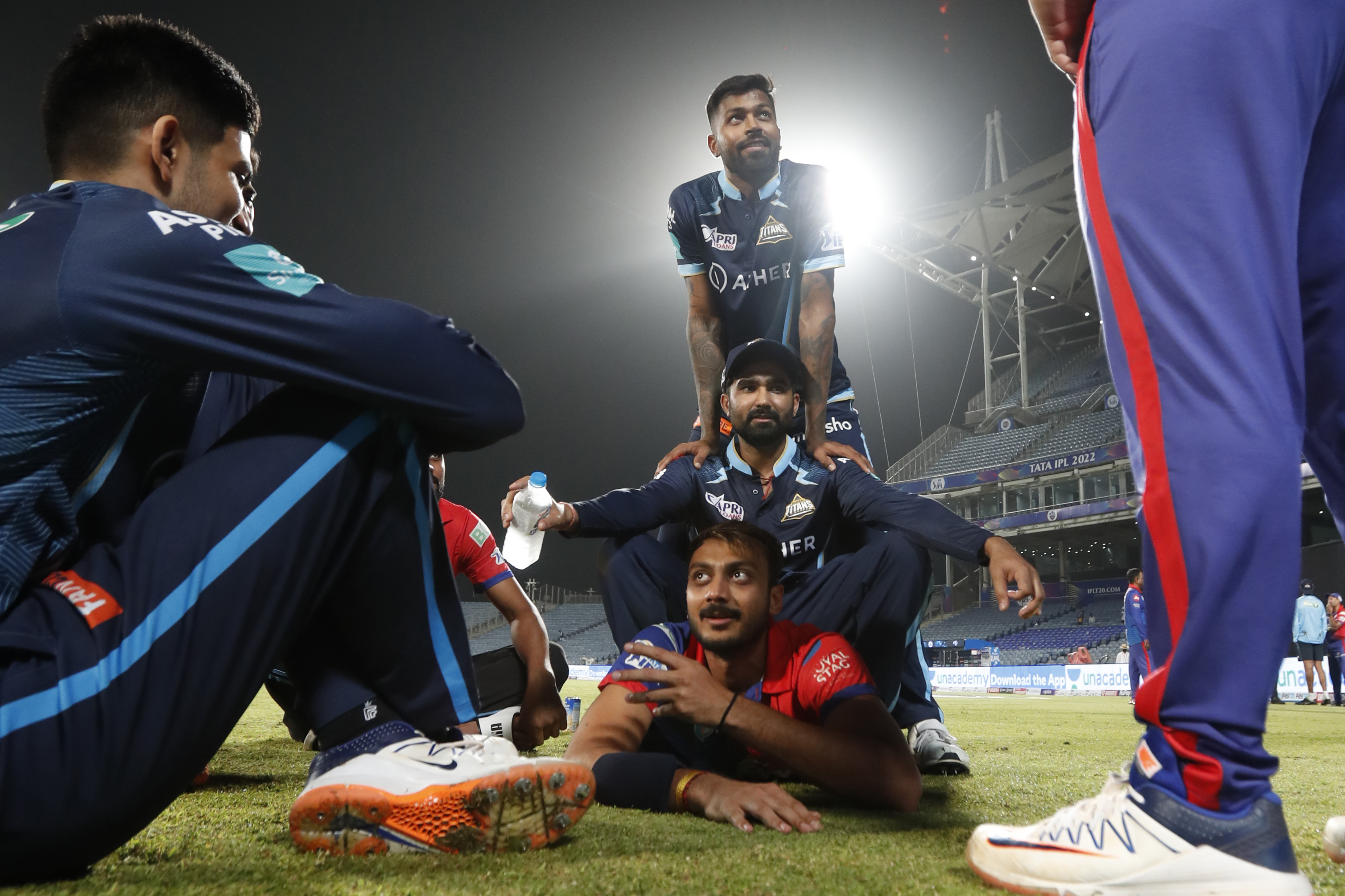 The wait can be tricky, much as it can be a carrot. Prior to this season, Gill’s T20 striking wasn’t even compelling enough for his franchise to retain him. Pandya’s fitness and lack of form, meant his erstwhile team, Mumbai Indians let him go.

You found yourself at Gujarat with them. While Gill is going through a T20 renaissance in his last two innings, his IPL career strike rate is 126.15

As for Pandya, (mostly a lower middle-order batter and finisher as yourself) strikes a shade over 150. However, in his last season, his strike dipped to 113, his batting average to a mere 14. Your batting numbers weren’t any better. Subsequently, your franchise didn’t retain you either.

While Pandya didn’t bowl in either of the last two seasons, he has now, bending his back, not just opening, but closing too.

Though you didn’t bowl in GT’s first outing, you won it with the bat 40* (24). Meanwhile, Pandya had already settled into a sustaining role, looking to bat out the innings, with his 33 (28). Pandya continued with his approach in the second game, as you blazed on 15(8) in the death overs. This match, you bowled.

While India is on the lookout for a lower order finisher who can bowl, Pandya is bang in the middle, more top order than finisher, looking to be the glue in a relatively thin batting line-up.

Previously: Pandya made the T20 World Cup. After a couple of uneventful outings against New Zealand and Pakistan, where he bowled a sum total of 2 overs. In all likelihood, he will be back in the reckoning. As too will most of India’s alleged T20 mainstay.

This may even be at the cost of outstanding performances by yourself and many other lesser names.

Already written in stone are the following: Rohit, Rahul, Kohli, Pant, Ishan, SKY, and who knows, Pandya. Or are they? Out of these, only Pandya may bowl. All these are top-order batters for their franchise.

What performances such as yours do is open the debate again – that there is an alternative. And even if you may not be the answer, there is someone else. That India can, and should move beyond the greats first, in the shortest format, as they did in 2007.

What makes the debate confusing is that players tend to adopt roles for their franchise which contradict what is expected of them if and when they play for India. A case in point is Rishabh Pant. Who faces a similar predicament as Pandya. Bats at four, and tends to restrain himself and look to bat through the innings. 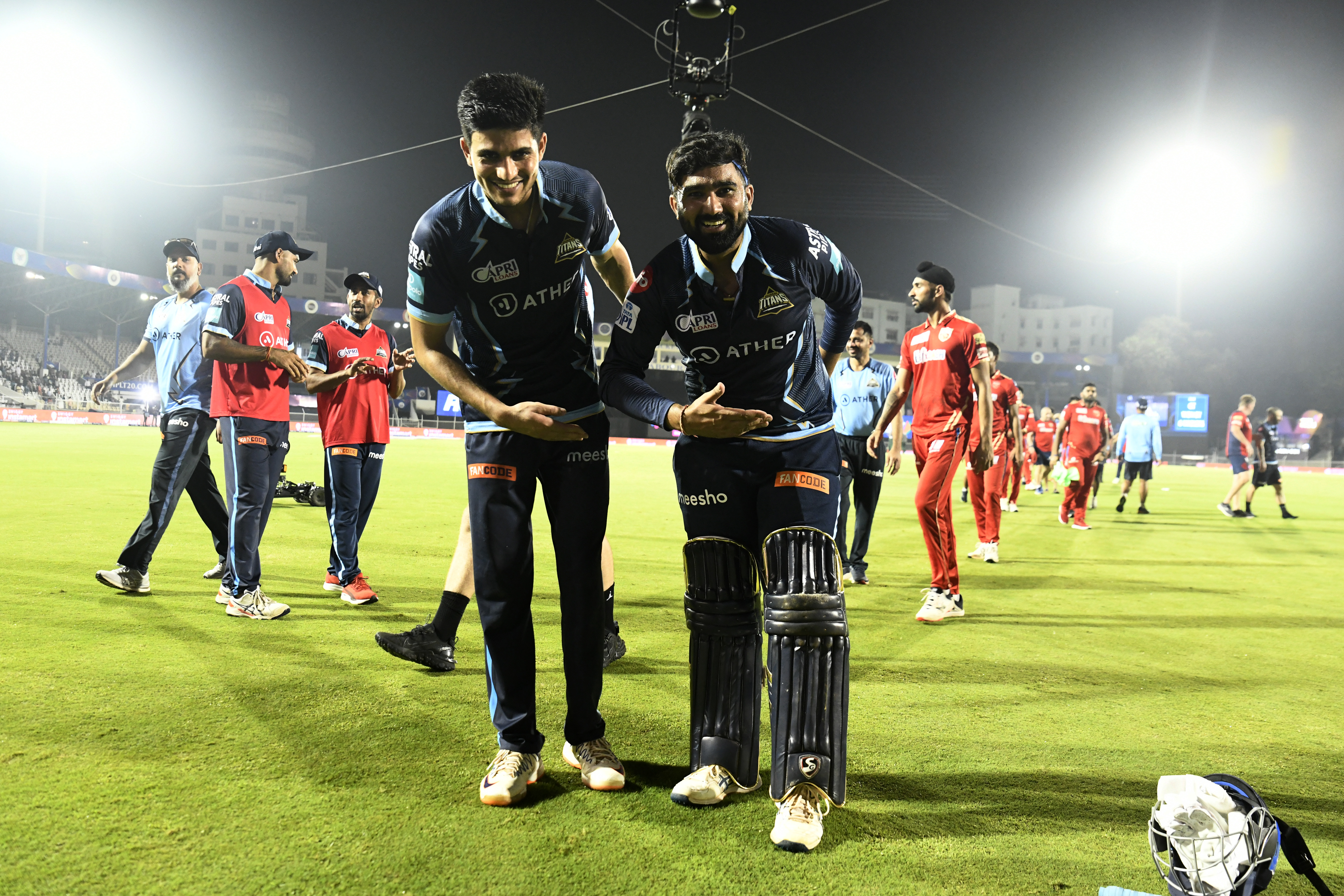 Pant has over the last three seasons been striking at much less than 130. Compare that with the promise of the three seasons before that, which were in excess of 160. Captaincy, senior player tag, restraint, responsibility, it’s terribly confusing, and not easy to undo, as Indian stars try to change their approach from the IPL to internationals.

Sanju Samson may not yet be the chosen one, but he is an alternative to Pant. He captains his franchise, also bats at four, is flexible to move up to three; and significantly, has been striking at well above 130 for the last six years. He also goes big from ball one.

Team India tends to zero in on all-format players. While Pant has been exceptional in Tests, his white-ball performances haven’t quite cut it yet – his overall strike rate in T20Is for India is 125. In his fledgling career, Pant has already been over-scrutinised, called-out, dropped repeatedly. His comebacks have been nothing short of stunning. But mostly in Test cricket.

India waits on him, in the hope that he will transplant his Test form into the shorter format.

Just as well, the white ball auditions are on. This month, and the next one.

Go for it, Rahul. And all of you who dare to dream and defy the status quo. There is no door to knock at. It’s just the ball you have to knock the stuffing out of. India is watching.

Best to you, and all those who want to pull off a Tewatia,