A note to Rohit Sharma 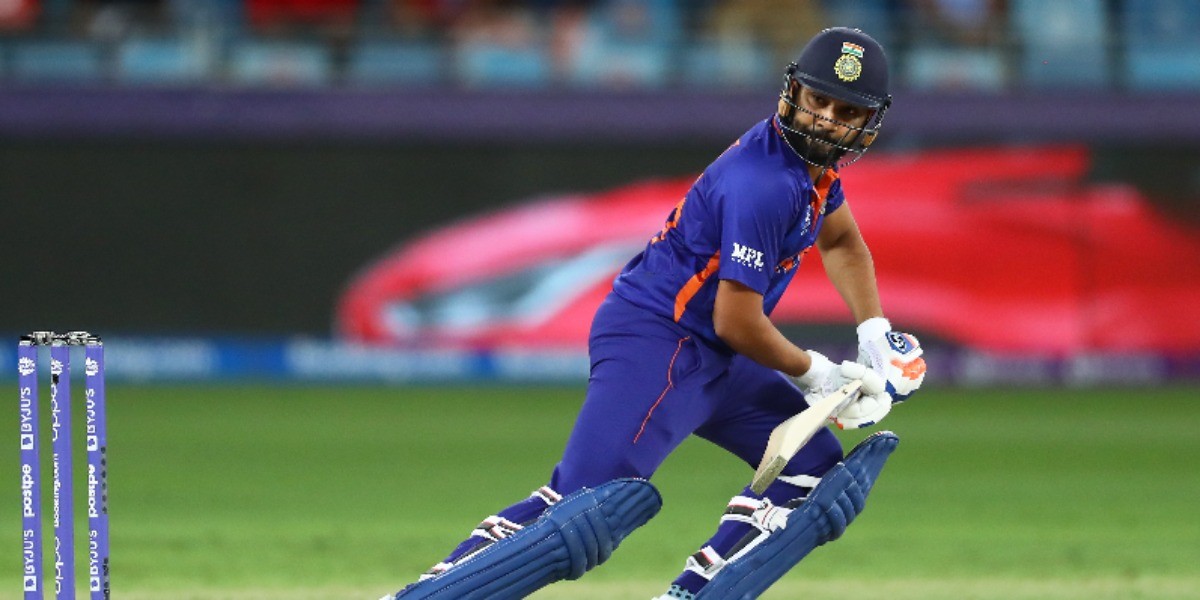 A note to Rohit Sharma

Watching you bat in the last few Test series has been a source of immense joy.  Your leaves, ball after ball, of the new ball, have brought so much comfort. It’s as if right there, when you left the ball, and sprouted those Jagger lips, it was Rock ‘n’ Roll Test cricket – and I liked it.

Bat and pad so close, even a pesky wasp wouldn’t have eked its way through.

You had teleported into another dimension. Your Test cricket wait was over; at the crease, you were prepared to wait, no matter how long it took.

That waiting game, something you had warmed up to in the first few overs of white ball cricket too. Some kind of osmosis this.

Yet you must know, in the last decade, if ever there was batting royalty that India indulged in, it was you. Those decisions that enabled one more chance to you, meant one less chance to someone else.

Your long cricket journey has been possible only because so many others have been cut short.

For years, I saw this as a betrayal of quite a few batting careers. Eventually your white ball game flourished; how could it not, you had a blank cheque of nigh 100 ODIs. As you became an ODI batting monster, the prophecy was confirmed. The Rohit-narrative continued to feed on this prophecy. Then one day, the narrative grew such an appetite, you laid your claim to a five course Test cricket meal. It was ordained. You were not leaving the table. You were leaving the red cherry. You belonged, you knew it, those who doubted, knew it. And those who knew it all along, felt obliged to say: We knew it.

Look who's joined the squad in Melbourne 😀

A warm welcome for @ImRo45 as he joins the team 🤗#TeamIndia #AUSvIND pic.twitter.com/uw49uPkDvR

Just as over the years, extended faith in you gave you that added comfort, you returned the favour, on top of the order. And vitally, to the youngsters in the squad. Those that gravitated towards you, in the knowledge that you will not judge: through extended bio bubbles, you appeared to be the go-to guy. It even led to a protocol breach when you all sat indoors at a restaurant.

In Australia, when you appeared after quarantine, Ravi Shastri in a Hawaiian shirt and shorts greeted you with a “How was quarantine, my friend? You’re looking younger”. There was much mirth around; it felt like Onam, the return of the King, even the quiet ones appeared thrilled; you repeatedly patted Pujara’s tummy. As Pujara battled a lean patch, your animated conversations with him in the middle were not lost on camera.

You have extended that same bonhomie to Pant; be it on the field, or when you were posing at the stadium hotel in England. There appeared to be an unmistakable bond; and who more than you would know the burden of expectation on a youngster.

14 years after your T20I debut, you are India captain. 14 years. Return of the king, again? Slated at seven, you did not bat in that World T20 match against England. That Yuvraj six 6s game. That’s how long back it was.  You signed in against South Africa with a 50* at five, and a 30* vs Pakistan in the finals.

During that 2007 T20 World Cup, your peers were Gambhir, Karthik, Yuvraj, Sehwag, Harbhajan, Irfan. Way back in 2012, Gambhir backed you by saying you were “batting the best among all of us in the nets”. The belief in you often seemed comical. Yet, those that were close to you, had played cricket with you, did not waver. Today, many of them sit back and enjoy the fruits of their labour in commentary. You are one long term investment, Rohit. 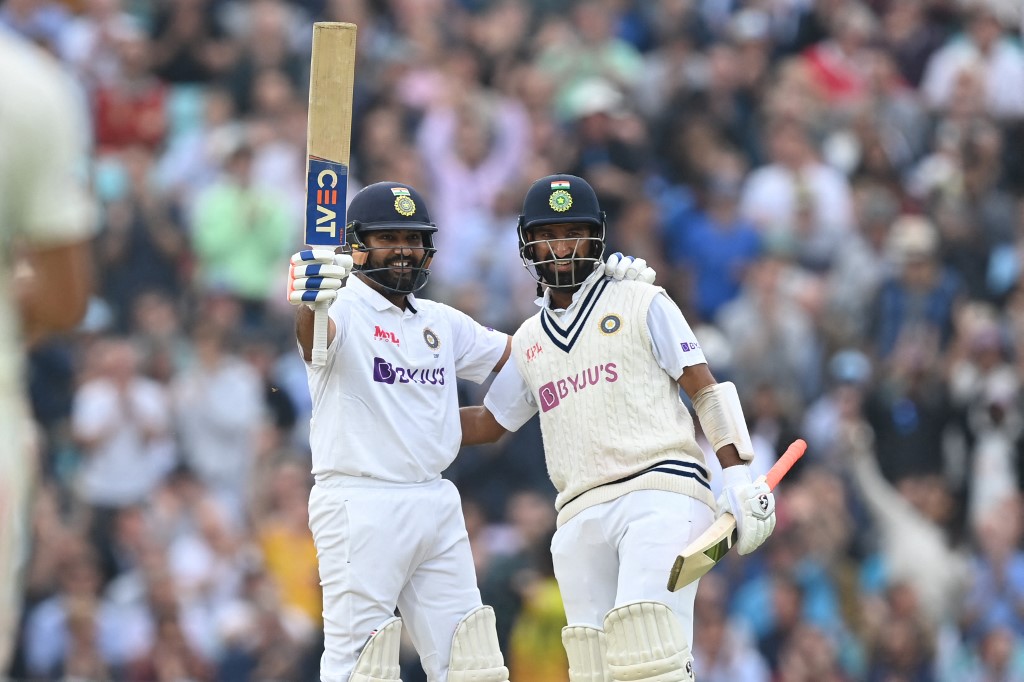 The returns have been exponential in white-ball cricket. Beyond the runs, in the uncertain times we live in, you are a constant reminder that it’s just a game. The ability to laugh after goofing up a simple catch, few Indian cricketers can afford that, but you did recently. You were probably laughing at the silliness of it all. Whatever it was, you laughed. Sometimes, it’s important to laugh on a cricket field, at yourself even more so.

After the opening defeat against Pakistan, where you fell for a golden duck to Shaheen Shah Afridi’s killer yorker, you were demoted to three against New Zealand. Doubt you will do something that knee-jerk as captain, as you have continued to open for Mumbai Indians come rain or shine.

Less than ten days after India’s last World Cup match, you will lead the team against New Zealand in Jaipur. Equally challenging will be handling the animated comparisons with your predecessor. In the past, you have stayed clear of engaging the conspiracy theorists. You probably will stick to that mantra. Shooting straight in post- match chats in addition to that perplexed goofy look with that trademark twisted mouth, and an outrageously funny deadpan comment.

Somewhere in the stands will be your biggest fan, on edge. She probably knows you only too well: how impetuous, how high risk, high reward your game can be. She could be your wife, or a girl who called herself Mrs Rohit Sharma on twitter. I met her at the Wankhede during your second Test.  I was hanging with a friend who coined the term Nohit Sharma. That day, you scored your second Test hundred.

Few things more compelling than a cricketer, making you change your mind about him. The surprise is akin to Mathew Wade pulling off that 19th over heist against Shaheen Shah Afridi. 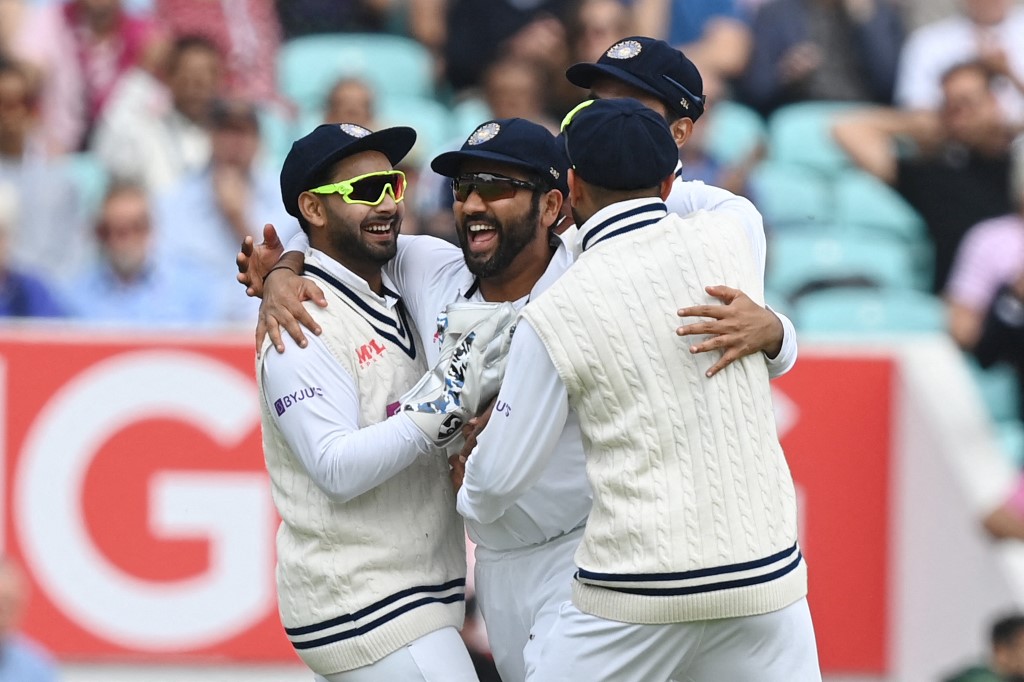 Rohit, in inspite of your many surprises, must confess, I didn’t see your Test rebirth. Will miss you in the upcoming Test series; hopefully it’s to recharge for the South Africa series.

Congratulations on being much, much more than those annoying buzz words. Lazy elegance, potential, talent, Hitman fall short in capturing the essence of your complexities as a cricketer and person. You’re one cool guy, and that is some accomplishment. As has been giving your ‘natural game’ the boot in Test cricket.

To paraphrase Queen, “Any way the wind blows doesn't really matter to you.”