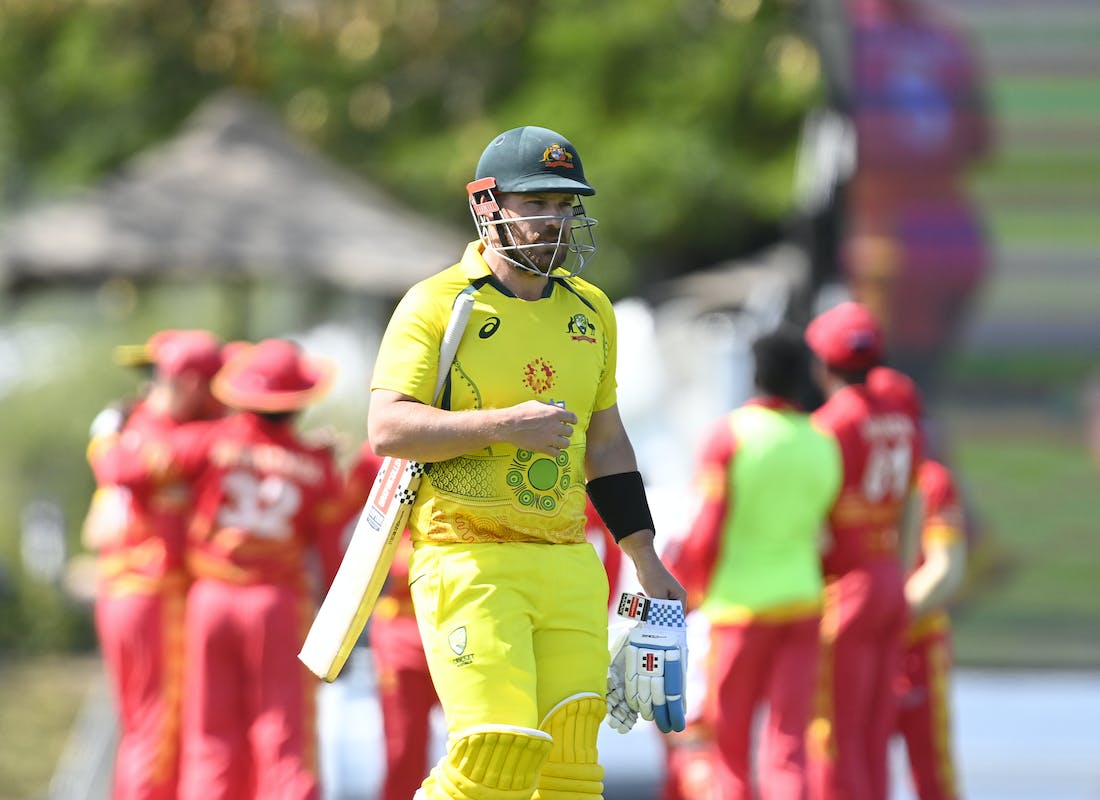 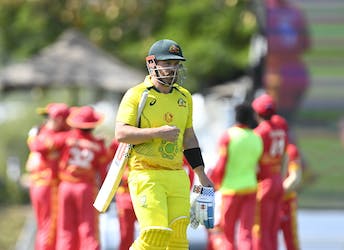 Finch will remain captain of the T20 side he led to a maiden World Cup crown last year, and has seven more games to find form before their title defense starts on October 22

It was coming. Wasn't it?

After a barren run of form that saw Australia’s white-ball captain Aaron Finch putting up scores like 0, 5, 5, 1, and 15 in the last five matches, an immenient retirement idea was speculated. And it hit the mailbox on Saturday morning as the Victoria batter decided to hang up his boots from the 50-Over format of the game but as the news stands, he has decided to continue to lead the side with the home T20 World Cup just over a month away. The 35-year-old, who has scored 5,401 runs at an average of 39, will play his final ODI on Sunday in Cairns against New Zealand.

Finch's name might not be recalled when we discuss the dominanting Aussie stars of the past but his 17 centuries put him behind only greats Ricky Ponting (29), David Warner and Mark Waugh (both 18), and one clear of Adam Gilchrist in the ODI format - making him a definitive great in Aussie colours. He will remain captain of the T20 side he led to a maiden World Cup crown last year, and with seven more games on the line - three against India - finding form before their title defense starts against the Black Caps in Sydney on October 22 would be the key.

"It has been a fantastic ride with some incredible memories. I have been extremely fortunate to be a part of some brilliant one-day sides. Equally, I have been blessed by all those I have played with and the many people behind the scenes," said Finch, who has led the ODI side 54 times.

Finch stated in 2020 that being in charge for the 2023 World Cup in India tournament was his "ultimate goal", but with a year to go, he said it was time "to give a new leader the best possible opportunity to prepare for and win the next World Cup". Cricket Australia chief Nick Hockley paid tribute to Finch as "a wonderful exponent of the 50-over format".

"Aaron is an enormously gifted and determined player whose outstanding deeds with the bat have been matched by his strong and inspiring leadership. His decision to step aside from the ODI captaincy now is typical of his selfless approach to the game.

"I'm delighted Aaron will lead the Australian team into the forthcoming T20 World Cup where his leadership, experience and tactical nous will be integral to the defence of our T20 World Cup title on home soil."