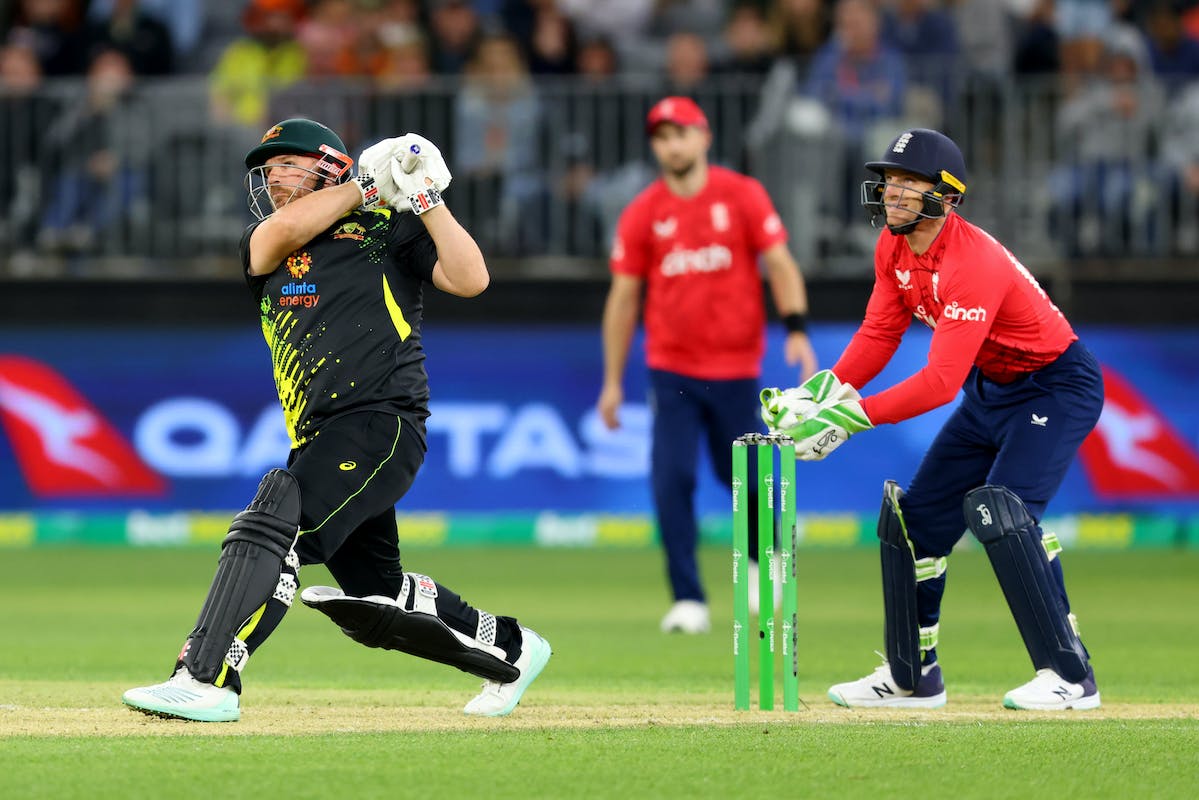 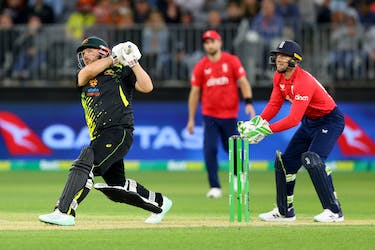 In the aftermath of the first T20I, the Australian skipper has confirmed that he’ll be moving back to the top with immediate effect

Aaron Finch has batted in the middle-order in each of Australia’s last three T20Is, but the Australia skipper has confirmed that he’ll be back at the top of the order from the second T20I in Canberra, effectively putting an end to Cameron Green’s stay in the XI.

Used as a makeshift opener in Warner’s absence against India, Green was expected to drop out of the opening position — and subsequently the starting XI — at the start of the summer, but Australia, interestingly, opted to continue with the 23-year-old up top, instead pushing Finch down the order.

It was a curious move, to say the least, as Australia were not only giving an extended run to someone not in the T20 World Cup squad, but were also simultaneously denying precious game time for their skipper at his original position. Finch’s move to bat at No.4, in fact, was labeled ‘baffling’ by the commentators on air during the first T20I on Sunday.

But in the aftermath of the first T20I, the Australian skipper has confirmed that he’ll be moving back to the top with immediate effect.

“I will go back to the top next game, that was always the plan. The games against the West Indies and this game was an experiment, but I'll go back (to the top of the order) in preparation for the upcoming World Cup,” Finch said.

Speaking of the game, Finch admitted that he was disappointed to lose the game. Australia conceded 208 bowling first, but were at one point in pole position to clinch victory, needing 51 off 35 balls with Warner and Stoinis going strong. As it turned out, however, the hosts ended up falling short by 9 runs.

“A bit disappointing to lose, at one stage, we looked like we would win, but things didn't go our way,” Finch said.

Warner, Stoinis and Mitch Marsh all impressed on the night, but Australia’s MVP in the first game was Nathan Ellis, who finished with remarkable figures of 3/20 in a contest where 408 runs were scored in 40 overs. Ellis bowled in all three phases, and played a key role in the Aussies not letting England bat them out of the contest, accounting for the wickets of Buttler, Moeen Ali and Sam Curran.

Finch was full of praise for the 28-year-old, who is on standby for the T20 World Cup.

“Nathan Ellis was outstanding on a good batting surface. He bowled 2 really good overs in the powerplay, one in the middle when they were going strong and one at the death,” Finch said.

“He's been a fantastic player, every time he gets an opportunity, he delivers for us at the big stage.”